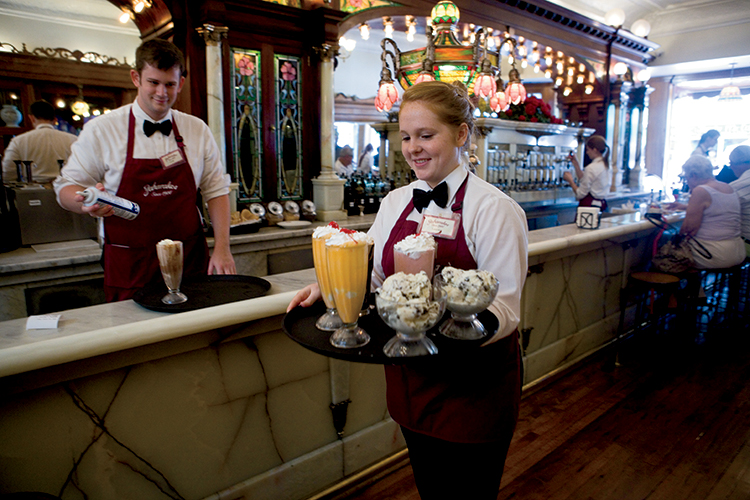 Tony Moravec, owner of Zaharakos Ice Cream Parlor and Museum in Columbus, loves to tell stories about his customers and their experiences in his shop.

“I had a 3-year-old customer once who stood in front of the big pipe organ watching it with great delight as the music played,” he recalls. “When the music stopped, everything was silent, and the boy stood there and screamed at the top of his lungs, ‘Yippee!’ The entire place erupted in cheers because there was just such joy on his face.”

That youngster’s reaction is a common one at Zaharakos, a Columbus institution since the turn of the 20th century. Three Greek brothers who had brought their candy-making skills from the Old World established the confectionery shop in 1900. The Zaharakos family operated the candy shop and ice cream parlor for the next century. It became the social gathering place for many generations of residents until 2006, when the last member of the founding family passed away, closing the beloved landmark and leaving the town wondering if there was anyone willing to save it. 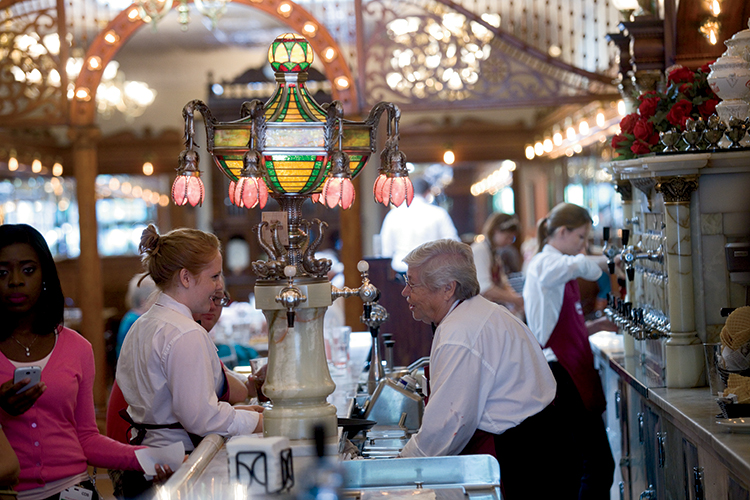 The Scoop on Zaharakos

Fortunately, Moravec, a local businessman, answered the call and spent two years meticulously restoring the soda shop to its original glory. Moravec traveled the country scoping out examples of soda fountain restorations before tackling his own. He hired a range of specially skilled craftsmen, including a tinsmith to repair the original tin ceiling and a craftswoman from neighboring Brown County to repair and replace the stained glass in the front doors. He spared no detail – from the 1905 Tiffany-style dispenser to the wood and metal child’s soda table in the dining area.

“The building had great bones. It was really in need of dramatic repair, but the bones were great,” Moravec says. “The original soda fountain and back bar from 1910 were there. The Welte orchestrion (a machine that plays music designed to sound like an orchestra or band) that had been installed in 1908 had been sold to a collector in California, but one of my first projects was to contact the collector who had purchased it and eventually buy it back.”

In addition, he incorporated modern technology, installing new heating and air conditioning units and a new roof, as well as redoing the soda fountain hardware, making it compliant with current regulations. 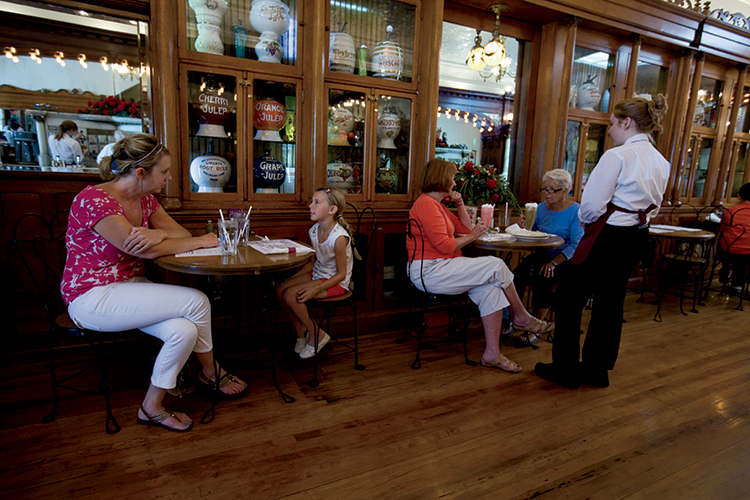 Moravec says during the renovation process, he developed a curiosity about the history of soda fountains and pipe organs. He began collecting historic artifacts from around the country, which turned into a museum inside the ice cream parlor. The museum features marble soda fountains, syrup dispensers and the aforementioned rare orchestrion, all of which date back to the late 1800s.

While Zaharakos remains a community gathering place for Columbus residents, the ice cream parlor attracts visitors from across the Midwest who come for a Green River float with ice cream made on site, a vanilla Coke from the soda fountain or the parlor’s signature sandwich, a GOM Cheese-brr-grr – a sloppy joe topped with cheese then grilled. They also come to hear the majestic Welte orchestrion – the only one of its kind in the country located in a place where the public can hear it play. 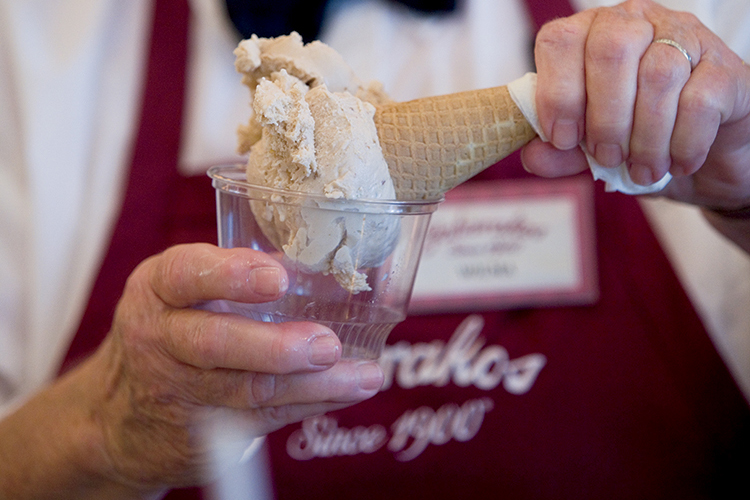 Service with a Smile

“[Zaharakos] is a gift to the community and to the state of Indiana,” says Debra Slone, a designer and Zaharakos historian. “It’s such a big tourist attraction because it’s not a place that’s been made to look like a 1900s soda fountain, it is, in fact, a 1900s soda fountain. When you sit at that soda fountain and have a sundae or ice cream or soda, you’re transported back in time because it’s so authentic. It just makes me happy.”

Since reopening, Zaharakos has garnered a number of accolades, including Best Ice Cream/Confection by LocalEats, and was deemed the No. 1 thing every Hoosier should do by Indianapolis Monthly magazine. But Moravec says his greatest reward comes from the opportunity to serve his community.

“I did it for my family – my children and grandchildren – and for the community’s children and grandchildren. I saw it as an opportunity to create some jobs and polish and preserve an old gathering place in the community,” Moravec says. “When we first opened, I had my quadruplet daughters and youngest son working because I wanted them to learn how to serve other people. And as I watched them, I realized that’s something all of us could stand to learn to do well – is serve others.”