Why Do Winners Drink Milk at the Indy 500? 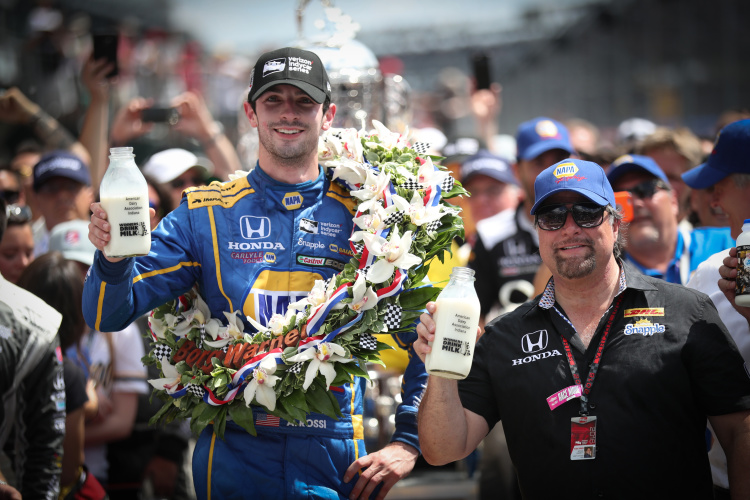 If you’ve watched the Indianapolis 500 – better known as the Indy 500 – you’ve probably heard the phrase “Winners drink milk” and seen the celebratory swig of milk every winning driver takes.

However, you may not realize the Indy 500 has a long, storied history with milk, dating back to 1936. After winning the race that year, International Motorsports Hall of Famer Louis Meyer requested a bottle of buttermilk in Victory Lane. Although it took about 20 years for the tradition to take hold, triumphant drivers now drink milk out of glass bottles as both a nod to the past and a celebration of the state’s thriving dairy industry.

“The tradition (of the Indianapolis 500 winner drinking milk) has continued uninterrupted since 1956 as a salute to Indiana’s dairy farmers and to the heritage of ‘The Greatest Spectacle in Racing,’” Indianapolis Motor Speedway President J. Douglas Boles says. “Plus, it’s one of the most revered sights of the ‘500’ for fans, and every driver’s Victory Circle celebration wouldn’t be complete without the sweetest gulp of milk anywhere on earth. Winners drink milk!” 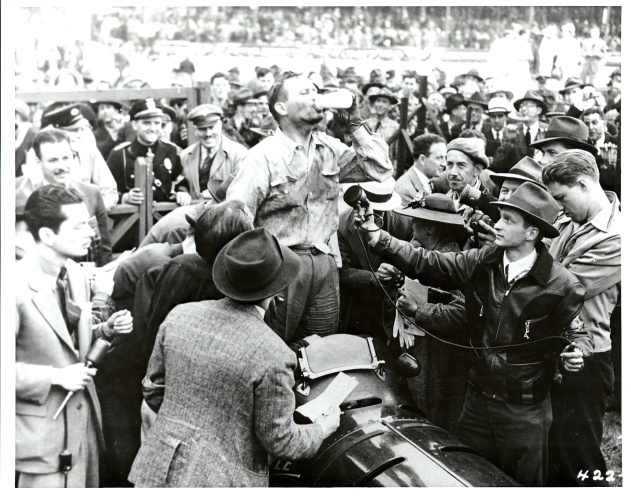 From Dairy to Driver

According to Brooke Williams, director of communications for the American Dairy Association of Indiana, the system was put into place to help ensure the hand-offs go smoothly. 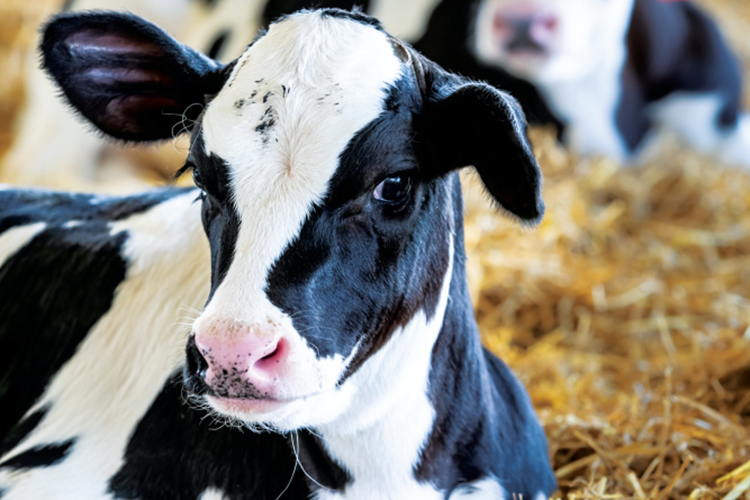 “Over 10 years ago, we thought it would be a good idea for the Milk Person to have a trainee, the Rookie, who would become the Milk Person the following year, to learn more about the tradition and to follow what it’s like to be the Milk Person,” Williams says. “The Milk Person receives a lot of media requests and it’s nice that, when they step into that position, they have a year under their belt seeing what the atmosphere is like at the track, hearing about the tradition of milk, witnessing the excitement around the milk bottle and knowing what it’s like to represent the dairy industry before stepping into the spotlight in front of more than 300,000 of their close race-day friends.”

Although Meyer’s beverage of choice, buttermilk, isn’t offered today, winning drivers can choose from whole, 2% and skim milk – all proudly produced by the Indiana dairy industry.

“Dairy farming is so important to the state of Indiana, and the winner’s drink of milk reminds everyone of the vital role served by the nearly 1,000 dairy farms across the Hoosier State,” Boles says. “We’re honored to work with the American Dairy Association of Indiana to continue this tradition and point a well-deserved spotlight on hard-working Indiana dairy farmers and their families.”

In 2019, Andrew Kuehnert of Kuehnert Dairy Farm in Fort Wayne served as the Milk Person, an experience he says he will never forget.

“It was a lifelong dream of mine to be the Milk Person at the Indy 500, and I still can’t believe I had the opportunity to do it,” says Kuehnert, who co-owns his family’s sixth-generation dairy farm that has a herd of about 300 registered Holsteins. “To be able to represent the dairy industry and hand that ice-cold glass of milk to the winning driver was truly special for me. I cherished every moment of the experience.” 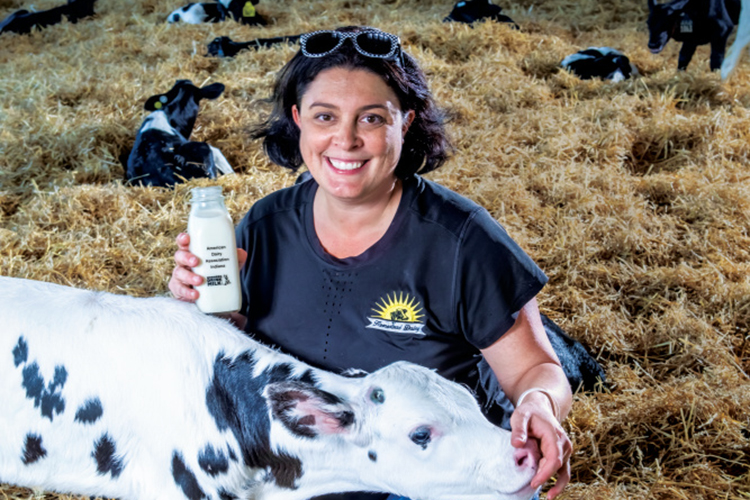 Jill Houin, 2019’s Rookie, is ready to take on the role of Milk Person at the 2020 Indy 500. Much like Kuehnert, she feels honored to be part of the decades-long tradition.

“Being the Rookie was such an exciting and rewarding experience, and I’m really looking forward to being the official Milk Person because I imagine it’s going to be even more memorable,” says Houin, the calf manager at her family’s fourth-generation farm, Homestead Dairy, located in Plymouth and home to approximately 4,900 cows. “It all feels like a celebration. Each year, we’re celebrating the Indy 500 winner as well as our state’s dairy farmers who work hard to produce milk for families across the nation.”