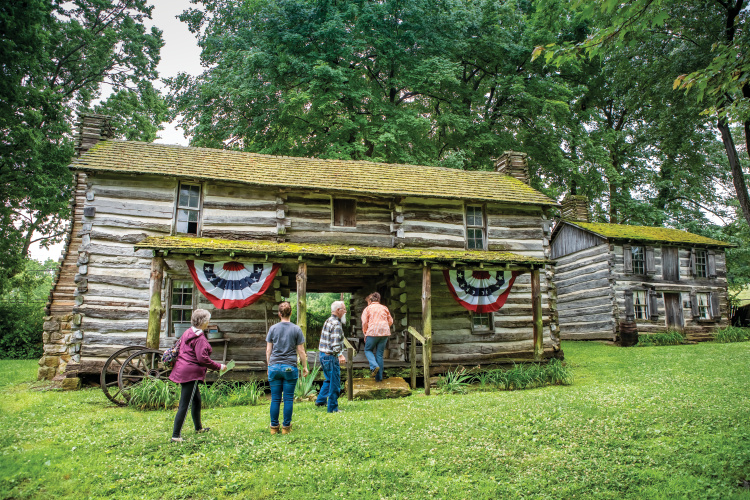 Abraham Lincoln’s legacy has inspired hundreds of monuments and institutions around the country. Historic sites draw visitors to places Lincoln lived, and often include reconstructed dwellings that had been lost to time. The Lincoln Pioneer Village and Museum in Rockport goes a step further, depicting not just a building but an entire frontier village from an influential period in Lincoln’s life.

During his Indiana years (1816-1830), young Abe learned to chop wood and hunt. He lost his mother to illness but gained a stepmother who supplied him with books and encouraged his education. Lincoln became an avid reader, and sometimes walked 17 miles south to Rockport to borrow books. At 19, he navigated a flatboat from Rockport to New Orleans, where he first encountered the horrors of slavery. By the time his family moved from Indiana, the future president had spent 14 formative years there.

Rockport native and artist George Honig (1874-1962) grew up hearing about Lincoln’s local connections. A graduate of New York’s National Academy of Design, Honig produced many paintings, plaques and sculptures of historical subjects. Lincoln was his favorite. 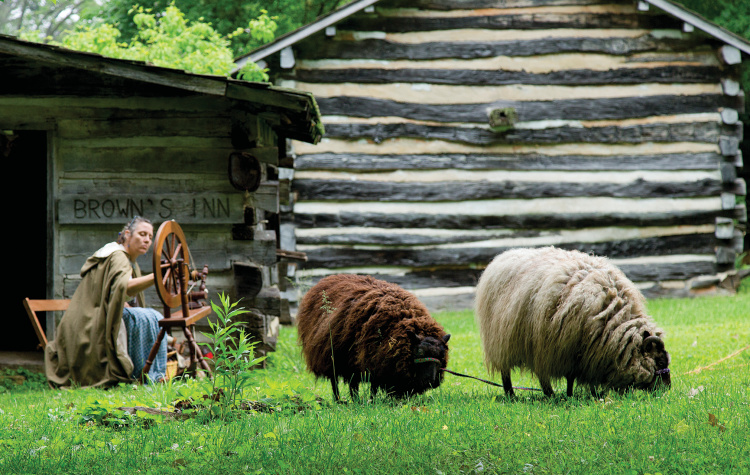 Indiana established Lincoln State Park in 1932 to protect Lincoln’s boyhood homesite in Spencer County, but little remained there to show what young Abe’s life had been like. Rockport had erected a historical plaque designed by Honig at its Rocky Side Park, marking the departure site of Lincoln’s flatboat voyage. But when the city acquired an abandoned fairground property for use as a park, Honig and county historian Bess Ehrmann advocated for creating a Lincoln-themed frontier village on the site.

Honig drew up blueprints for the village’s layout and structures. The state’s Civil Works department approved the plans in 1934, and workers from the Federal Emergency Relief Administration (later the Works Progress Administration) began construction later that year. Honig oversaw the entire project, and with much fanfare, the Lincoln Pioneer Village was dedicated on July 4, 1935. The attraction was added to the National Register of Historic Places in 1998.

See more: All Aboard the Nickel Plate Express 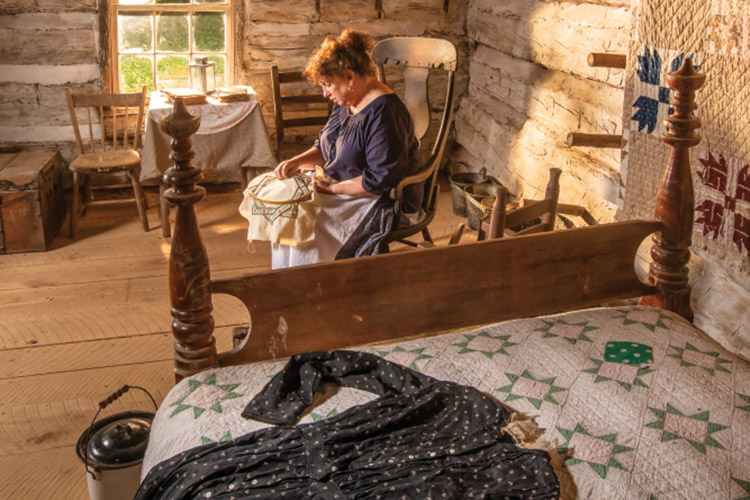 Today, director Nancy Kaiser is helping preserve this Depression-era memorial for future generations. “We’re restoring each of the 14 cabins and have completed eight of them within the last two years,” she says. Guests can explore furnished replicas of Spencer County structures Lincoln knew, such as the Pioneer Schoolhouse with its rows of primitive benches. There’s the Little Pigeon Baptist Church that Lincoln and his father, Thomas, helped construct. There’s John Pitcher’s law office in Rockport, where Lincoln borrowed books and perhaps learned a bit about lawyering. And there’s the Lincoln Homestead, where young Abe climbed wall pegs up to the loft at bedtime. “Each cabin is significant to Lincoln’s history here,” Kaiser says.

Museum exhibits include authentic relics from the 1800s. “We do have the original hutch that’s believed to have been made by Abraham and his father for their neighbors, the Crawfords,” Kaiser says. “We also have a rare rocker-beater loom from the era – one of only 60 in existence – in a kind of Midwest design. Our museum has a lot of nice artifacts.”

Aside from its rich Lincoln history, the village also features a unique keepsake from Hollywood’s Golden Age. “The Kentuckian, directed by and starring Burt Lancaster, was filmed here in the village,” Kaiser says of the 1955 movie in which Walter Matthau debuted. “The cabin we now call the Transportation Building was used as the tobacco barn in the film.” Lancaster, a former trapeze artist, had learned of the village years earlier while performing with a circus troupe at the Spencer County Fair.

The Lincoln Pioneer Village and Museum endures as a tribute to both Lincoln and Honig, men who contributed in different ways to Spencer County’s rich history.

“I stress the importance of keeping history alive, because once it’s gone, it’s gone,” Kaiser says. “That’s why we’re trying to preserve this. I encourage people to come in and see what we have here. I think they’ll be impressed.”

Events at and Around the Lincoln Pioneer Village and Museum

Heritage Days
May 9 and Oct. 24
Lincoln Pioneer Village comes to life with costumed interpreters, demonstrations, museum tours, music, food, candle making and other activities for the whole family. Kids can also experience what a “blab school” (a method of learning in which pupils study their lessons by repeating them aloud until one is called forward to recite) was like in Lincoln’s day.

Spencer County Fair
May 26-30
Marking its 166th year, Indiana’s longest-running fair returns to Rockport City Park with midway rides, pageants and sustainable food. On May 30, from 1 to 5 p.m., the Cruise-In and Car Show will also feature an old John Deere ice cream maker, helicopter rides and a demolition derby.

Abraham Lincoln Freedom Festival
July 4
With a car show, music, fireworks and other festivities happening in the park, you can celebrate Independence Day and Abraham Lincoln at the same time.

Tagsabraham lincolnindiana historylincoln pioneer villagemuseumrockport
← Previous Story
Take a Step Back in Time in Memorable Metamora
Next Story →
Take a Break in Rushville, One of Indiana’s Most ‘Stellar’ Communities