All Aboard the Nickel Plate Express

Railroad trains were once the chugging heartbeat of America, the engines that drove the country’s economy. Although the golden age of railroading is long past, trains still transport and inspire. Many places across the United States have found ways to showcase this enthusiasm while also highlighting local history and culture. This is the story of one. 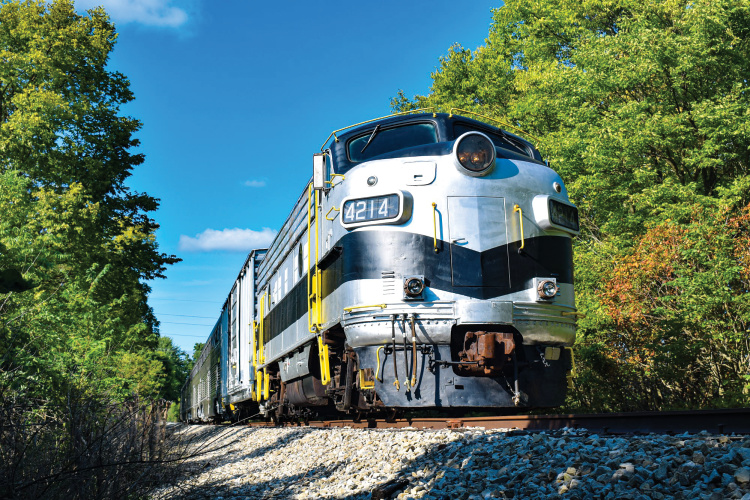 Like many places across the Midwest, Hamilton County once thrived mainly on agriculture. When the Peru & Indianapolis Railroad opened through Noblesville in 1851, the county became increasingly connected to the rest of the country – and to greater economic potential. Raw materials and finished products could now be transported quickly along these avenues of industry. Then in 1886, well-drilling in the region revealed a massive reservoir of natural gas, triggering Indiana’s great gas boom. Gas attracted and fueled local industries, like glass and tin factories, and contributed to the growth of small towns like Cicero, Arcadia and Atlanta. After the reservoir ran empty around the turn of the century, companies sought coal and other fuels.

The railroad line changed owners and names over the decades. In 1922, the Peru & Indianapolis Railroad became part of the New York, Chicago & St. Louis Railroad – nicknamed the “Nickel Plate Road.” But the increasing popularity of electric, interurban railcars throughout the state forced the Nickel Plate to cease its passenger service in 1932, leaving only freight cars on the line. By 1938, preference for automobile travel had increased so much that the interurban cars disappeared as well. 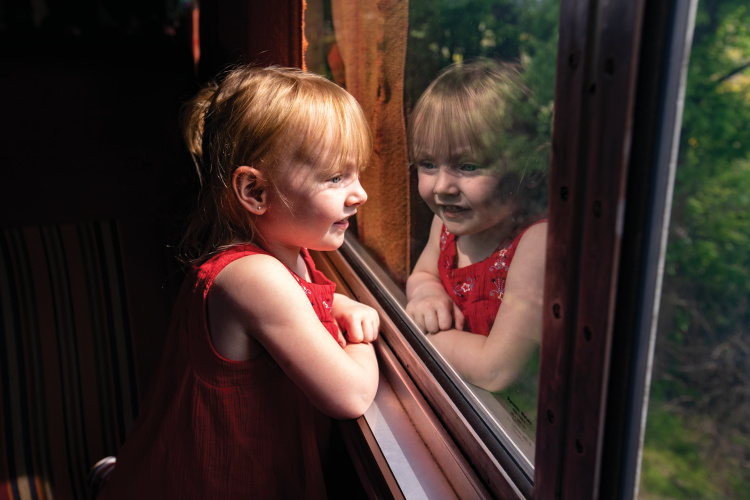 In the early 1970s, Norfolk & Western Railway – owner of the Nickel Plate Railroad since 1964 – donated the old railroad depot in Arcadia to a local women’s association. The civic group partnered with the historical society and like-minded citizens to create the Heritage Center. After the donation of a nearby property, fundraising enabled the organization to move the 1869 depot to its current location, opening as a museum in 1973. 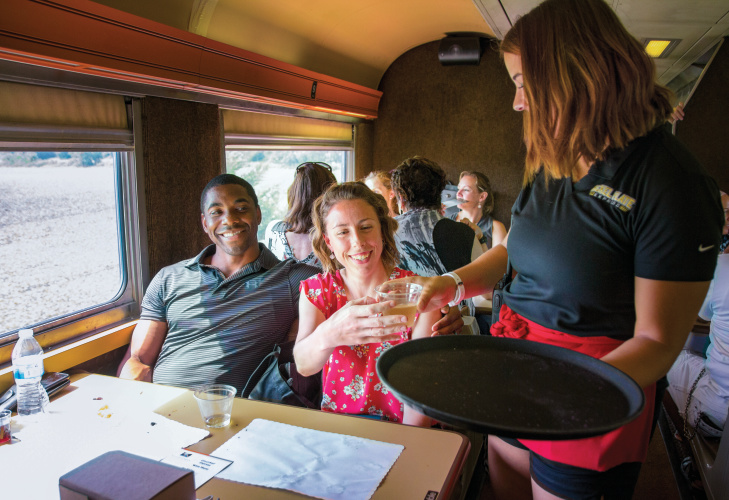 The restored structure now houses exhibits that tell the town’s rich history with artifacts, including a working Morse code telegraph and a large collection of Arcadia Glass. But saving the depot is only part of the story.

Someone eventually contacted the museum with a proposal to bring railroading back to the county. “It was brought to our attention that northern Hamilton County needed an infusion of life,” says Toni Dickover, board president of Nickel Plate Heritage Railroad. “So Hamilton County Tourism reached out to us and said someone was interested in providing a train but they needed us to pull the whole thing together.” Then another individual offered to lease the organization a locomotive. “One thing led to another until, all of a sudden, we had a train,” Dickover says. 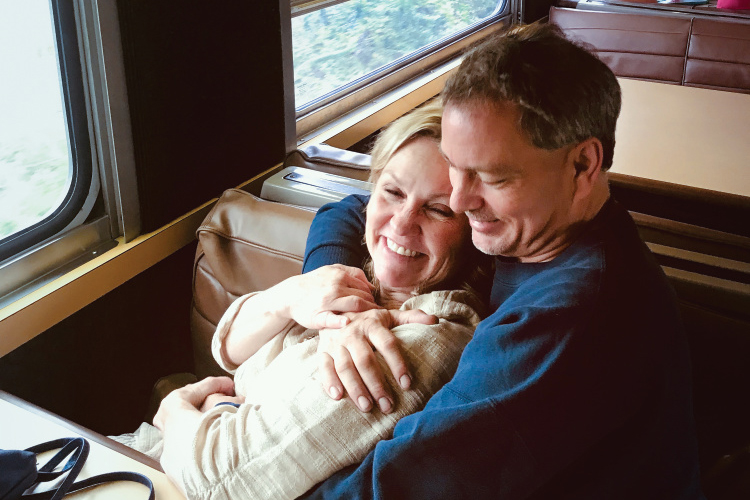 Christened the “Nickel Plate Express” to honor the railroad’s history, the train had its inaugural run on September 13, 2018. By the year’s end, it had carried 10,000 passengers.

The current railroad boasts some special equipment. “We use Santa Fe El Capitan high-level cars,” says Dagny Zupin, director of Nickel Plate Express. “They were built by Santa Fe in 1956 to compete with passenger airplanes, which were becoming popular then. So all the seating on these cars is on the upper level, further from the wheels, which means it’s quieter, more comfortable and provides better views.”

Hours: Breakfast or dinner trains run every Saturday in the spring. Times vary, so check the website for schedule and ticket information.

In addition to reserved coach seating, the train’s streamlined dining cars provide the ideal setting for dinner excursions. “We have quite a few of those in the spring,” Zupin says. “We do four-course dinner meals, but we also do pizza, breadstick and salad meals that are more affordable, so the whole family can come ride.”

Nickel Plate supports area businesses by serving local food and beverages. “Hamilton County is a food-focused area,” Zupin says. “When we started the train, we wanted to draw on that. We have a lot of partnerships with local wineries, breweries and restaurants.” 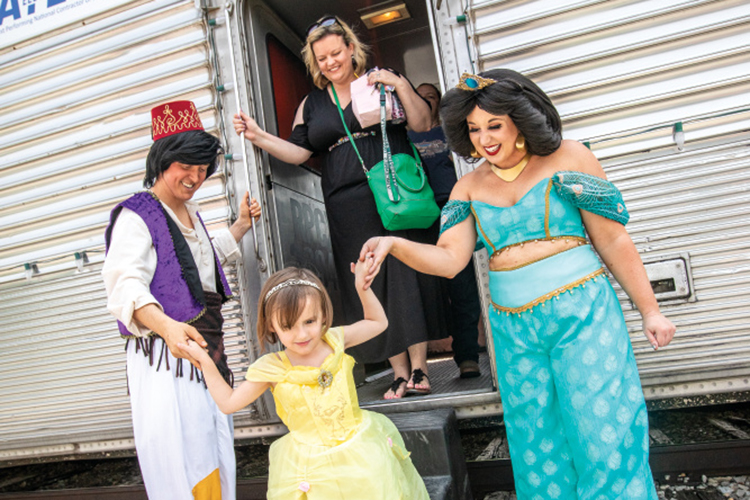 Culinary excursions and kid-friendly holiday rides are all part of the railroad’s continually updated programming. Nickel Plate Express is as much about cultural education as it is about tourism. “Our mission is to preserve history in a way that draws people who wouldn’t normally be interested in trains,” Zupin says. “It’s always surprising how many people get on board and say it’s their first time riding a train. Our track is only 12 miles long, but it’s helping us teach people about railroads and what a big impact they had on our country.”

See more: The History Behind the Indy 500 Race

Tagshamilton countynickel plate expressnonprofitrailroadtrain
← Previous Story
From Space to Statehouse: Indiana Moon Trees
Next Story →
Why Do Winners Drink Milk at the Indy 500?