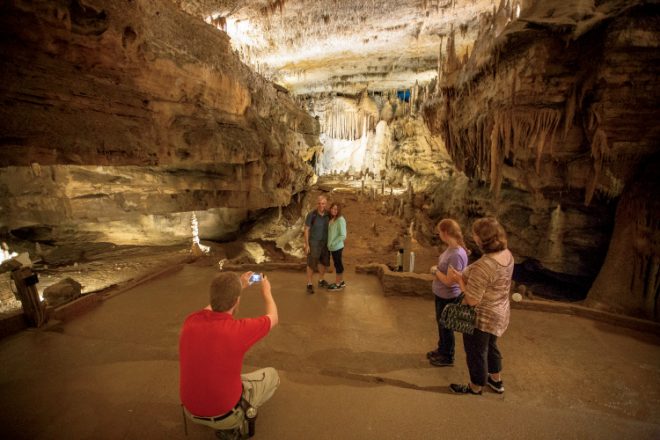 Drawing 70,000 visitors annually, Marengo Cave is Indiana’s No. 1 natural attraction, and it’s easy to see why.

The cave is a top destination for adventure-seekers, thanks to its ample spelunking opportunities and routes throughout the cave for just about everyone – one that’s short and sweet, another that’s a bit longer and an exploration tour that’s ideal for those looking for a one-of-a-kind challenge. Marengo Cave also offers gem mining, on-site camping and overnight lodging, and it’s a quick drive from several other must-visit Indiana attractions, making it a perfect place for vacationers and weekend trippers to include on their itineraries.

“We tend to be a visit and revisit location,” says Steve Calhoun, Marengo Cave’s general manager (who in 2017 also became its owner). “We’ll see couples who come to visit when they first get married, and they’ll come back later in life when they have children and tell us they couldn’t wait until their kids were old enough to appreciate the cave. That’s how special this place is.” 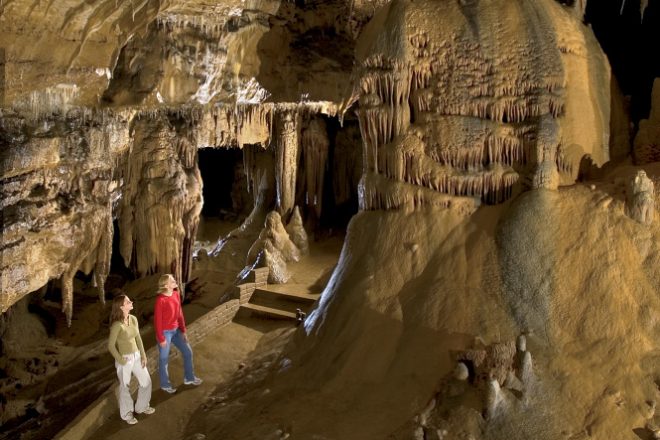 Located in southern Indiana’s Crawford County, Marengo Cave began to form approximately 1 million years ago, but it wasn’t discovered until Sept. 6, 1883 – that’s when brother and sister Orris and Blanche Hiestand became the first people known to have entered the cave.

Since then, Marengo Cave has welcomed hundreds of thousands of visitors from across the state and beyond, and in 1984, it was designated a National Natural Landmark by the National Park Service. To date, it’s the only cave in Indiana to receive such prestigious recognition, and it remains known as the most highly decorated cavern in the Interior Lowlands region of the U.S.

“Our cave is considered to be in its middle to late stages of growth, which means there’s still lots of water and minerals flowing through and helping to create new formations,” Calhoun says. “Our goal is to help Marengo Cave to stay ‘alive’ and growing for as long as possible, and we’re doing our best to preserve and protect it. We’re stewards. We want future generations to enjoy the cave just like their parents and grandparents have.” 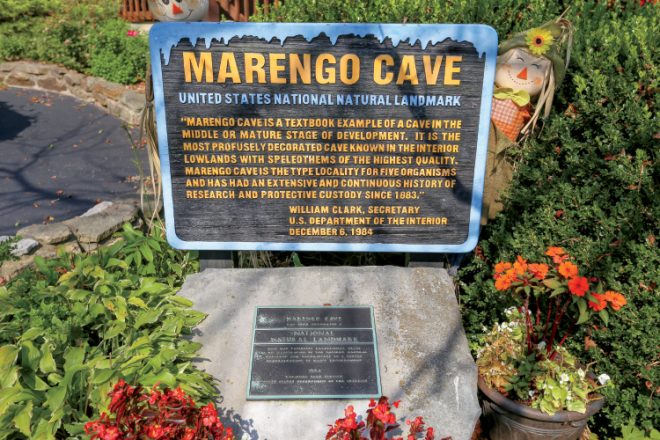 Home to more than 100 unique formations, Marengo Cave has plenty for visitors to take in as they explore the caverns on guided walking tours, and because the cave is at a constant temperature of 52 degrees Fahrenheit, it’s open year round.

Guests can try the Crystal Palace tour, which covers a third of a mile and lasts approximately 40 minutes, or they can opt for the hour-long Dripstone Trail tour that spans a mile. A more adventurous option is the two-hour cave exploration trip that takes spelunkers into undeveloped sections of Marengo Cave and requires a willingness to squeeze through tight spaces, wade through water and crawl through mud. It’s what Calhoun calls the “natural trip,” and it’s available by advance reservation only.

Not ready to tackle the water and mud? Marengo Cave also offers The Crawl, a cave simulator for all ages that includes a winding maze of wooden boxes and is designed to emulate exploration tours.

In addition, Marengo Cave has four air-conditioned camping cabins as well as bunkhouse facilities and opportunities for tent camping with plenty of electric hookups on the park’s 122 acres. 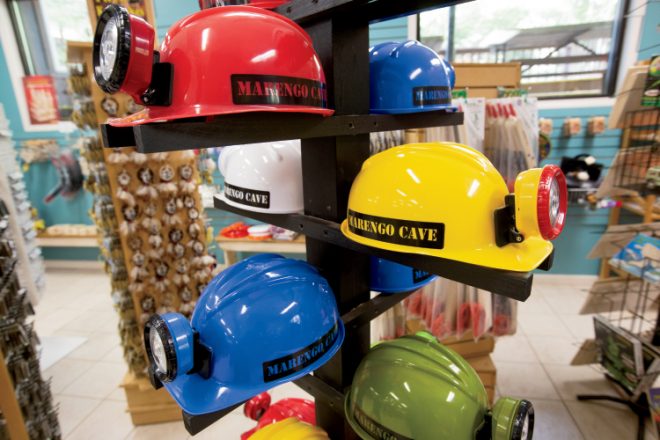 “We’re proud to provide opportunities for nearly everyone,” Calhoun says. “We welcome individuals, families and groups, and things are constantly changing in the cave, so there’s always something new to discover. Whether you come for an afternoon or set up camp, visiting Marengo Cave is a wonderful opportunity to escape to a place where you can just relax and enjoy what was put here naturally. It’s truly something you have to see and experience for yourself.”