Passion for Persimmons: Grower Strives to Commercialize the Seasonal Fruit 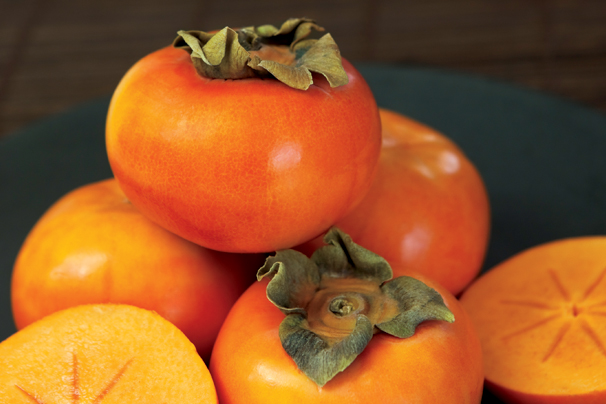 Editor’s note: We were sorry to learn that Jerry Lehman passed away in April 2019, but we can think of no better tribute to his legacy than leaving up this story about his persimmon farm.

When leaves start to turn brilliant colors in the fall, thoughts of favorite autumn foods come to mind. For many in Indiana, persimmon pudding and persimmon cookies are at the top of the list.

Terre Haute grower Jerry Lehman’s freezer is brimming with persimmon pulp always ready for his family’s beloved desserts. To say he’s passionate about persimmons wouldn’t be an exaggeration. In fact, Lehman is so enthusiastic about the globular, bright orange fruit that he has dedicated his retirement, nearly 15 years, to developing a persimmon tree that can be commercially produced in the United States.

Raised on a farm in Berne, Lehman’s family instilled in him persistence and patience, traits key to starting his orchard in southwestern Vigo County and growing it to nearly 1,000 trees. Lehman and his wife, Barbara, use golf carts to traverse the orchards. He can cite the type of tree, planting date and fruit characteristics as if giving information about his grown children. 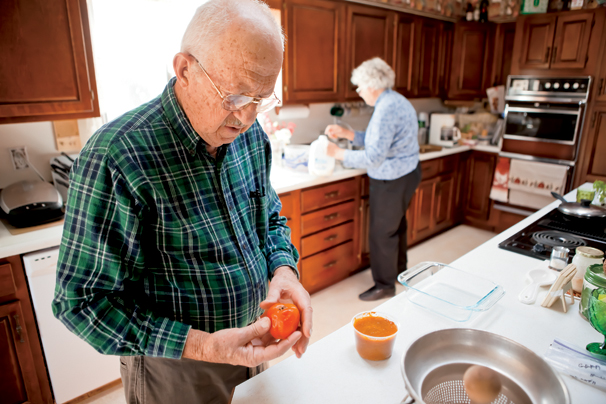 “Though there are about 20 farms producing persimmons in Indiana, there are no commercial persimmon growers like there are commercial apple orchards,” Lehman explains. “In my experimental orchard, I’m trying to develop a viable American persimmon tree with hardiness and quality. My goal is not to mass produce the fruit but work toward commercializing the American persimmon to benefit consumers and provide another avenue of income for Hoosier farmers.”

Much of Lehman’s 85-acre orchard is planted in American persimmon trees, but Asian persimmon trees have also been grown from seeds and cultivated in open pollination. They, too, dot his landscape and have been backcrossed to American trees.

“The Asian fruit is really good and sweet and red in color,” says Lehman, the first fruit producer to import the Asian-American hybrid to the United States in 1992. Two years later, he became the second to grow and test the viability of the hybrid.

“My zest for growing persimmons comes from my mentor, the late Jim Claypool of St. Elmo, Ill.,” Lehman says. “He was considered the most prolific persimmon grower in the world.”

Claypool had some 2,400 hand-selected, pollinated trees and was looking for someone to carry on his work. When he died, his family allowed Lehman to move about 100 of Claypool’s trees to his Hoosier farm. 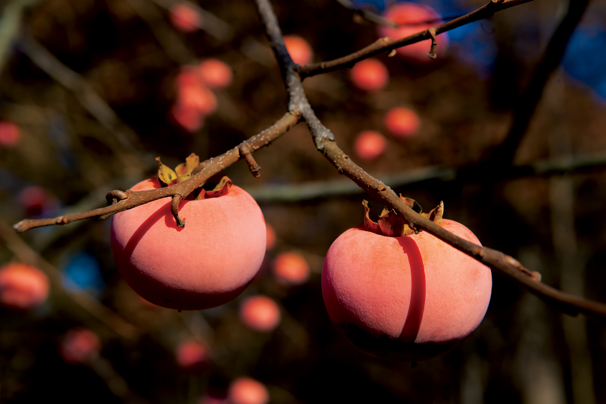 Persimmon trees should grow in full sun and be spaced 25 feet apart, Lehman says. They are somewhat self-pruning and ideally should top out at 20 to 25 feet high. “You don’t want persimmon trees to grow too high because the fruit falls to the ground when it’s ripe and goes ‘splat,’ ” he says.

The trees, which can be purchased through catalogs for about $25, typically include varieties for early ripening, large and nearly seedless. Planting to fruit production takes about five to six years.

See more: Why Sedums Are the Perfect Fall Plant

According to Lehman, the best fruit harvest happens in mid-September to the end of October. Fully ripened fruit drops to the ground and should be picked up frequently. He warns persimmon lovers that the American fruit is not instantly edible.

“It is known to be ‘astringent’ – needs to ripen fully before it is fit to eat or be used in cooking,” Lehman says. “Not often can you pick persimmons and eat them right off the tree.” However, he notes that many Asian varieties are ‘non-astringent’ and can be eaten from the tree.

Remember, he adds, that persimmons must be pureed to create the pulp for end use in recipes such as pudding, bread and cookies. The pulp should be stored frozen unless it’s being used immediately. Persimmon pulp must be processed in federally inspected kitchens to be available at farmers markets, specialty groceries and gourmet food vendors. The fruit is rich in dietary fiber, low in calories and is known for its antioxidant compounds, such as vitamins A and C, beta-carotene and lycopene.

“I know persimmons are healthy for you,” Lehman says. “But I know what I enjoy, and persimmon pudding is my favorite dessert. And I’m just as happy eating persimmon cookies and bread.”

Try your hand at Lehman’s recipe for persimmon pudding.