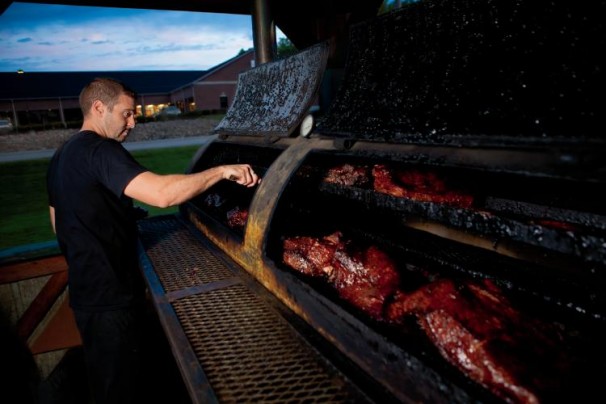 Barbecue fans from around the United States have long debated which region does it best. Texans prefer mesquite-smoked beef brisket, while Carolina natives serve their pork with vinegar- or mustard-based sauce. Kansas City-style barbecue has a thick and sweet tomato-based sauce, while Memphis barbecue is often served with no sauce at all.

Ask a few Hoosier pitmasters to define Indiana barbecue, and you’ll get a myriad of answers. 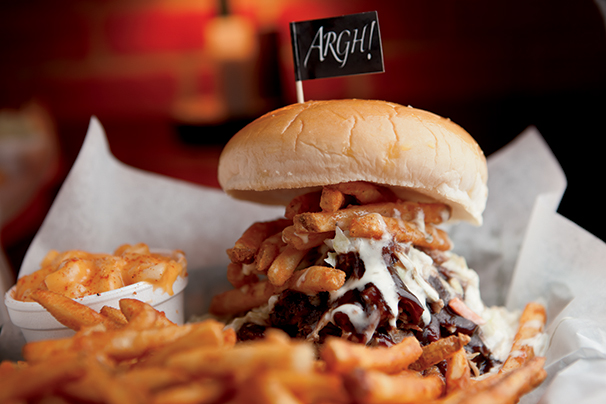 “Indiana barbecue is made up of a lot of hybrids,” says Adam Hoffman, owner of Big Hoffa’s BBQ in Westfield. Born and raised in Los Angeles, Hoffman moved to Indiana in 2003 to carve out his own niche in the barbecue industry.

“The important thing is learning what your customers like, and then making it even better,” he says. “We take about 25 to 30 hours to cook our pork and beef in a big smoker outside using only firewood.”

Hoffman opened Big Hoffa’s in 2007 after operating a traveling smokehouse on wheels for three years. It’s a whimsical pirate-themed eatery with lots of swashbuckling memorabilia – a tip of the hat to the Caribbean, where barbecue got its start.

“We try to think outside the box,” Hoffman says. “All our specialties are unique. One is the Hoffanator, which is French fries topped with mac and cheese, baked beans, pulled pork, barbecue sauce and ranch dressing. It satisfies all the senses, because it’s both sweet and salty.”

“People often tell us this is the best barbecue they’ve ever had,” Hoffman says.

“And 90 percent of our pirate decor has been donated by our customers,” he adds. “Adults and kids both love it.” 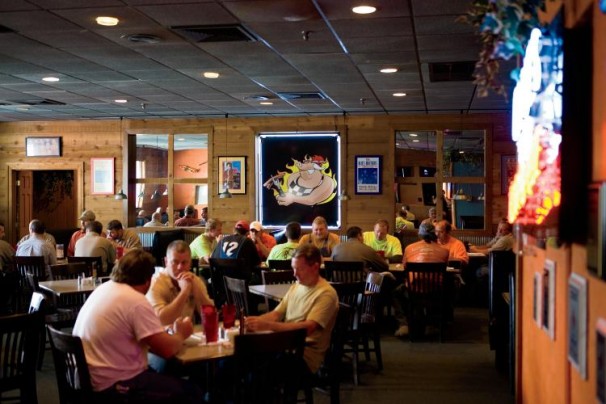 In Mooresville, Squealers Barbeque founder Jeff Yater says what sets Indiana barbecue apart is sweeter sauces and the type of wood used to smoke the meat.

“We only use cherry wood to smoke our meats. Texans use mesquite, and in Indy that would be overpowering for some guests,” Yater says. “Our sauces are tomato-based with sweeter flavors in both hot and mild.”

Squealers opened in Mooresville in 2001, and Yater added a second location in Indianapolis in 2004.

“Pulled pork is our bestseller, and we have two kinds of ribs – St. Louis-style and baby back,” Yater says. “We rub down our meats with a dry rub a full day before they go into the smoker, so they’re full of flavor. We go through two tons of meat at each restaurant every month.” 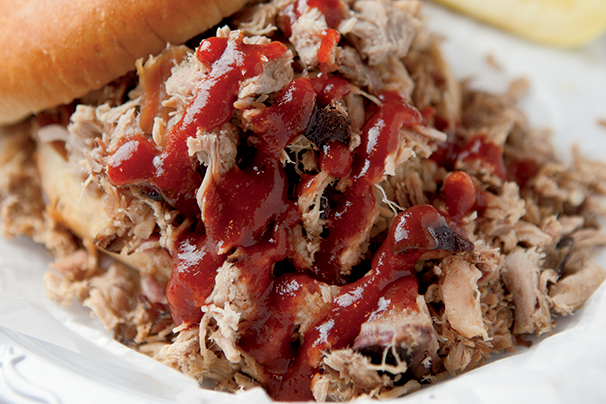 Tim Blackwell of Edinburgh traded his tool belt for an apron in 2004 when he opened Hickory Hills Barbeque.

“I worked in construction 25 years before doing this, but for years I had a mobile trailer with a smoker in my backyard where I cooked all the time for my buddies,” Blackwell says.

“Our pulled pork is served on an onion bun with the sauce on the side – I feel it’s best to let people sauce their own sandwich. Then they know you’re not hiding anything,” Blackwell says. “We have three sauces – sweet, vinegar and habanero hot barbecue sauce.”

To keep things interesting, Hickory Hills offers daily specials, such as Cajun gumbo on Tuesday, hot sausage with peppers and onions on Thursday, and rib tips on Friday and Saturday. Hickory Hills is open March through December (closed in January and February).

We asked our Facebook fans where to find the best barbecue in the state. In addition to the restaurants profiled in the story, here are a few more they suggested. Don’t see your favorite on this list? Let us know what restaurants we missed in the comments.