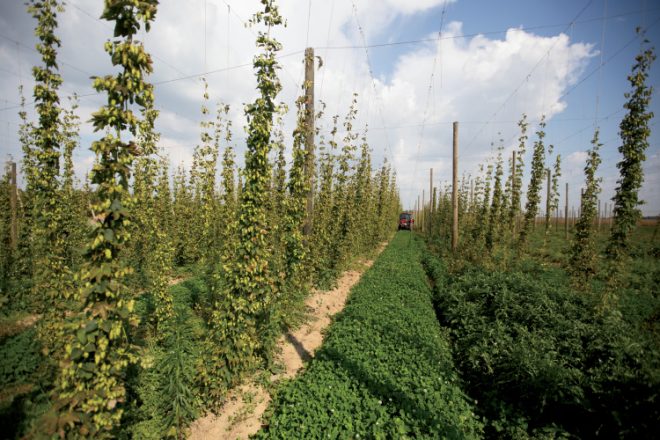 When people say Ryan Hammer’s “got hops,” they’re not talking about his basketball skills. They’re talking about Crazy Horse Hops, the 68-acre hop operation in Knightstown that he runs with his partners, Josh Martin and Todd Kaminski.

As the first hops growers in Indiana, the trio has quickly established themselves as providers of an essential ingredient for local craft breweries. Hops, which are the female flowers of the hop plant, give beer its flavor. Brewers choose different varieties to appeal to a wide range of tastes.

While the majority of hops are grown in the Pacific Northwest, the growth of local craft breweries has created an opportunity for Indiana farmers to get in on the act. For Hammer, that opportunity started in 2012 with 40 plants on a small plot next to his grandparents’ garden. 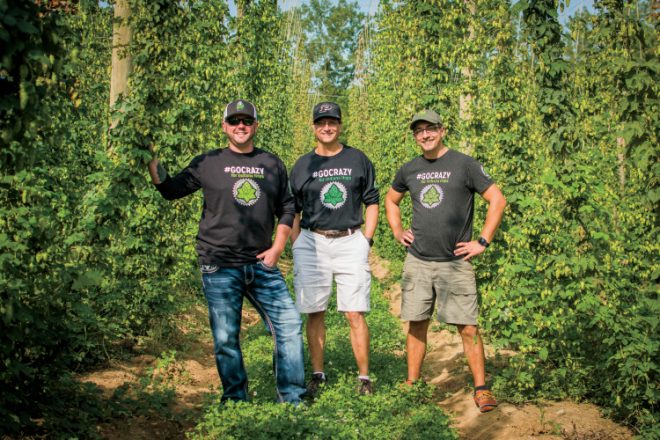 “I made mistakes that first year, planting the wrong varieties,” Hammer says. “But I talked with a lot of brewers and took my cues from them as to what to plant next. The second year I grew 200 plants, all Chinook and Cascade varieties, and sold the hops to three local breweries. That’s when I decided hops growing could be a viable business in Indiana.”

But Hammer knew he needed partners to make it happen. Martin, who helps run his family’s 3,000-acre soybean operation, had the agriculture experience and access to land. Kaminski, a Greenfield dentist, saw the potential of the business and provided the financial resources to get started. They joined forces and by 2015 had planted their first 10 acres. One year later, they had expanded to 28 acres. This year, Crazy Horse Hops added 40 more acres to its operation, and by next fall, the partners plan to have another 40 acres in production. 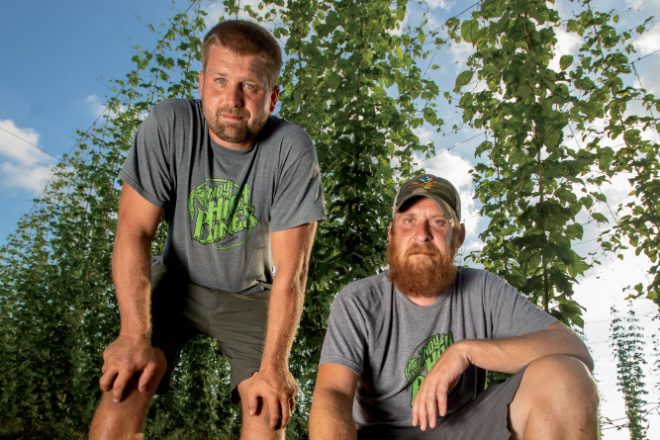 How do you grow hops? K.C. Lewis of Indy High Bines, who has a 1.3-acre operation on the south side of Indianapolis, explains that you start by building a trellis.

“It resembles a grape trellis – but a really big one,” says Lewis, who with his partner, Ryan Gettum, built theirs with reclaimed 18-foot telephone poles and a roping system. “While grapes grow on a vine with stems growing straight up with tendrils, hops grow on a “bine” (the term used for the climbing or twining stem of a hops plant) in more of a helix with the stems twisting up to the top of the rope.”

The growing season for hops begins by scouting the field in early spring and removing newly grown shoots “because they will harbor disease from the previous year,” Lewis says. The next shoots are the ones hops growers are counting on to produce the best product, so they start tying knots and staking ropes in the ground next to each plant. 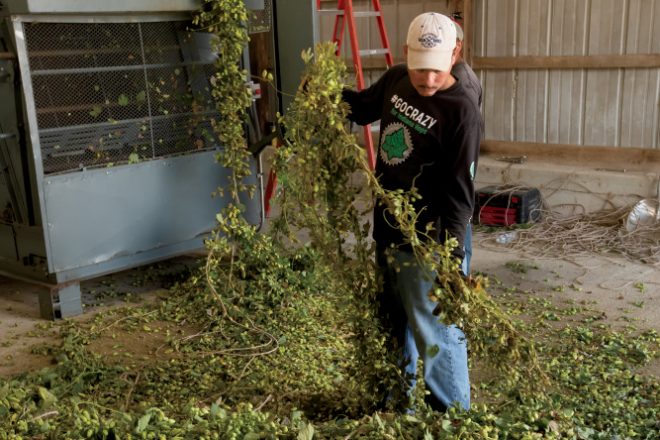 “We take the strongest three or four shoots off the crown and remove the other shoots,” he says. “Then some of the hardest work begins – training those three to four bines clockwise around the rope as they grow.”

After a summer of managing the soil and monitoring for pests and disease, the hops are ready to harvest in late July or early August. The harvest window is a short one – typically 40 days.

“When the plants are mature, you have to act quickly,” Lewis says. “If the flower sits too long on the bine, it can produce some undesirable characteristics, becoming garlicky or oniony tasting. And that’s not a flavor anyone wants in their beer.” 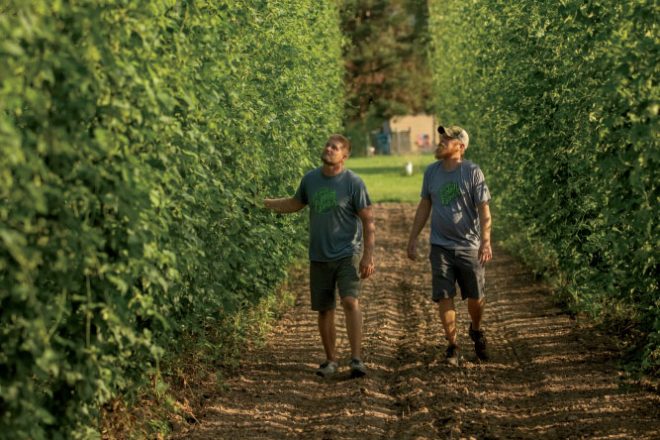 Indiana breweries are happy to have local sources for their hops, says Hammer, who is also president of the Indiana Hop Growers Association.

He explains that while the Pacific Northwest has ideal growing conditions for hops, Indiana growers provide brewers with several advantages.

“We can offer brewers hops that will differentiate their beer,” he says. “For instance, out west the Chinook variety has a more pine and resin quality. In Indiana, you get more melon and stone fruit flavors.”

And that’s not the only benefit. “We can accommodate the brewers’ needs much easier,” Hammer says. “They can come out to the farm and pick their product. We can deliver the product the next day. We give them lots of flexibility. We’re also building an on-site processing facility for pelletizing, since that is how brewers prefer to receive the product, and we’re developing storage capacity so that hops can be delivered to them year around.”

That’s a plus, not just for brewers, but for other Indiana growers, who now have a local resource for processing their hops.

“Developing partnerships is the key to success,” Hammer says. “It’s good for our businesses – and it’s good for those in our state who enjoy craft beer.” 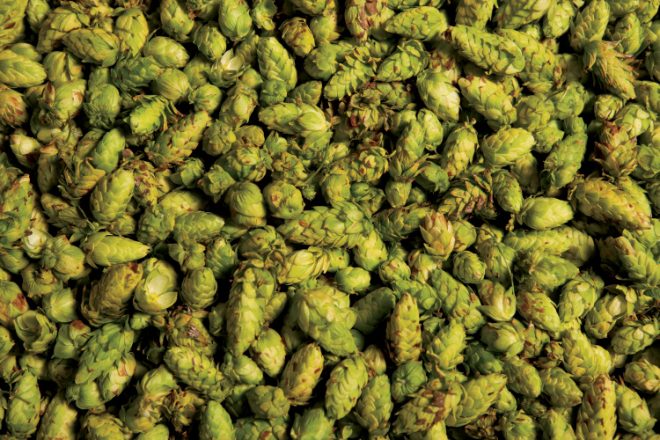 A Thirst for Local Flavor

If you’re looking to enjoy beers made with local ingredients, try some of these Indiana breweries:
Tagsbeerhops
← Previous Story
Find Fall Fun at These Agritourism Spots in Indiana
Next Story →
Turkey Trivia