Why You Should Visit Perry County in the Fall 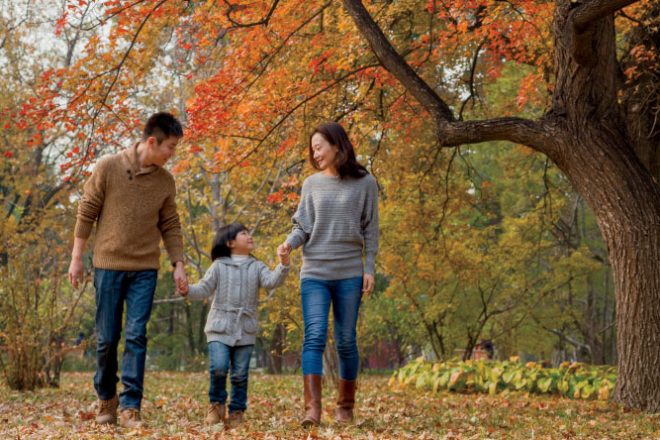 If you’re searching for autumn splendor, then look no farther than Perry County.

Nestled on the banks of the Ohio River and claiming more than 60,000 acres of Hoosier National Forest – more than any other Indiana county – the location provides a kaleidoscope of fall color.

“There are always lots of things happening around here in the fall,” says Betty Cash, executive director of the Perry County Convention and Visitors Bureau.

The county, which is situated near several major urban areas, is a year-round hot spot for outdoor activities such as fishing tournaments, horseback riding, zip lining, boating and kayaking, hunting and hiking. 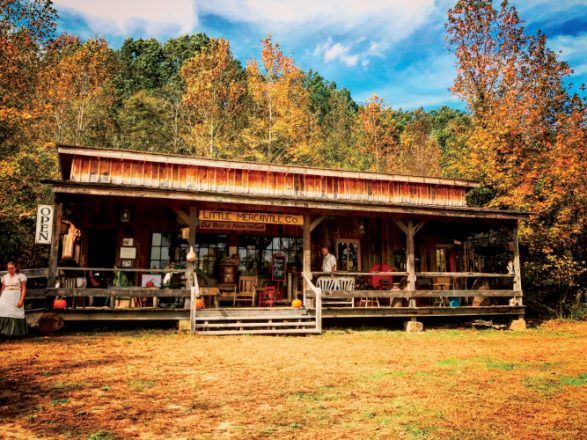 Don’t worry if you’re not a nature lover. As home to the second oldest town in Indiana and a thriving antique and boutique market, it’s also a perfect destination for shoppers and history and heritage buffs.

Tell City, the county seat, has a Main Street that features unique boutiques and antique shops, Cash says. Among the antique shops in the county is a fully restored 120-plus-year-old barn that also includes a restaurant.

Check out fun events happening this season in Perry County.

Troy is second only to Vincennes as the oldest town in the state, and its most notable landmark is the Christ of the Ohio statue on a hillside overlooking the river. It was founded in 1815, a year before Indiana became a state.

The nearby town of Cannelton also maintains a strong connection to its heritage.

One of its landmarks is the Myers Grade School building, which has been a public school since 1868, is still in use, and has many of its original architectural features, including staircases and slate chalkboards. It is reportedly the oldest continuously used school building in the state. 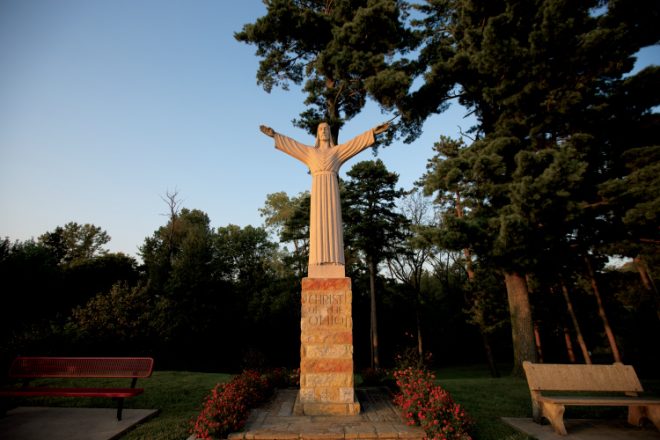 The Christ of the Ohio statue is Perry County’s most notable landmark, located in Troy. Photo by Jeffrey S. Otto

Another Cannelton landmark is the Shubael Little Pioneer Village, named in honor of its original landowner. It includes several 19th century-era cabins, a blacksmith shop, mercantile, school and stone jail. Visitors to the village may feel as if they’re wandering through the past, Cash says.

The courthouse in nearby Rome is being historically preserved as the state’s oldest such building. As it celebrates its bicentennial in 2018, its annual Courthouse Days celebration will be particularly memorable this year, Cash says.

Taking in the area’s nature, shopping and historic sites could make visitors hungry and thirsty, but no worries. With two popular wineries, a brewery and a selection of restaurants, Perry County is a great destination for food and beverage connoisseurs as well. 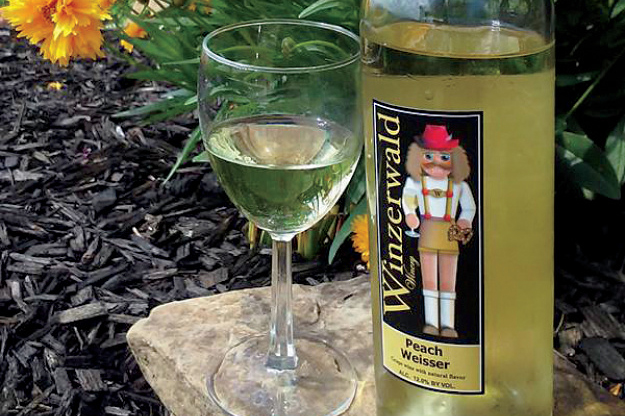 Winzerwald Winery, located within the Hoosier National Forest near Bristow, is German for “vintner of the forest.” Its wines are made from fruit harvested from vines brought by the owners’ ancestors in the 1800s.

Blue Heron Vineyards, located in Cannelton, has on its grounds a 22-foot-tall Celtic cross statue made by a local sculptor Greg Harris. It is perhaps the largest Celtic cross in the world carved from a single stone.

More than 40 craft beers, many made locally or within the state, are on tap at the Pour Haus and Tell City Brewing Company. Located in a former foundry and machine shop that later became an auto garage, the Pour Haus is now Tell City’s prime spot for live music and entertainment. 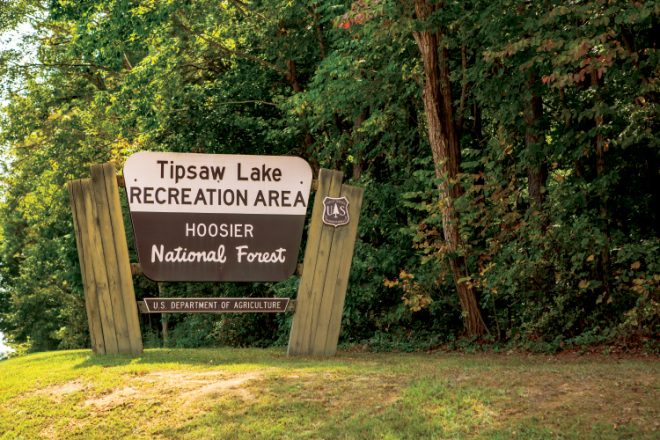 Other local favorite restaurants include Betty Ray’s Landing in nearby Magnet, Iron Gate Pizza and Patio Steak House, both in Cannelton; Carriage Inn in Tell City and Marcy’s in nearby Leopold.

Learn even more about Perry County and plan your visit at pickperry.com.