What to do in Evansville This Winter 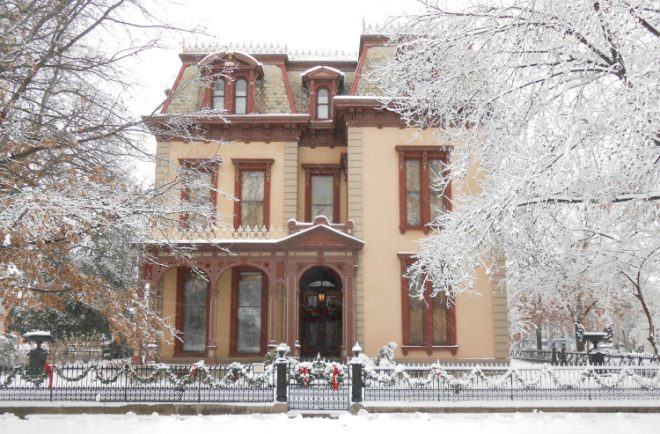 Whether you prefer indoor or outdoor activities, traditional celebrations or new, the city of Evansville on the Hoosier State’s southwestern border has a variety of options for wintertime entertainment.

A Helping of History

Since 1979, the 19th-century Reitz Home Museum and its two-story carriage house have been decorated inside and out in the tradition of an elegant Victorian Christmas. On Saturday, Dec. 1, visitors can indulge in self-guided candlelight tours, reveling in the reflections of the mansion’s multiple stained-glass windows. Santa will be on-site for photos.

Treat the kids to a history outing with a tour aboard the still-operational LST 325, a World War II amphibious vessel moored on the Ohio River. Tours begin outside and the ship is not heated, so dress accordingly.

Willard Library is another stop for history buffs, as it’s the oldest operating library in the state of Indiana. 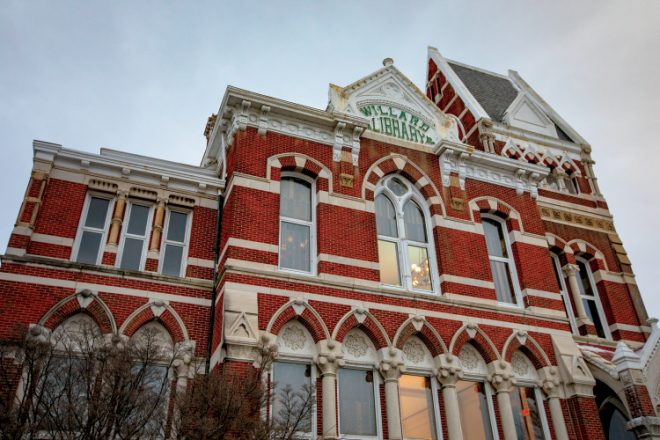 History buffs should make a stop at the Willard Library in Evansville. Photo by Michael Tedesco

Fun Inside and Out

Adults can come up with their very own dream list at the Dream Car Museum. This locally owned museum is a haven for car lovers, featuring more than 60 exotic models of vehicles, including classics, race and muscle cars, trucks and motorcycles, as well as those featured in movies and TV. There is no admission for kids, so you won’t break the bank on this family destination. 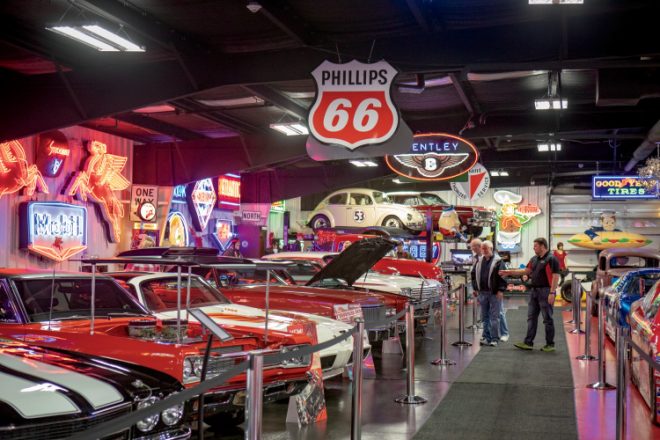 The Dream Car Museum in Evansville. Photo by Michael Tedesco

Visitors can also bundle up and escape to the new outdoor playscape at Wesselman Woods Nature Preserve. This 3-acre playground, which opened in mid-2018, is located in one of the largest urban old-growth forests in the country. It is designed to offer children a place to experience the outdoors with activities such as climbing, crossing creeks and, when weather allows, snowball fights and sledding. Another interesting museum is the Evansville Museum of Arts, History and Science, located in downtown Evansville. The general museum features comprehensive collections in art, history, anthropology and science, as well as the Koch Immersive Theater and transportation center.

Nearby, you can peruse the campus of the University of Evansville for unique and beautiful architecture.

If you’re ready to escape the winter weather, grab a friend and check out the venues along the streets in the historic Haynie’s Corner Arts District. Dozens of shops, galleries, spas and boutiques, often located in rejuvenated century-old structures, offer jewelry, art décor and other enticements. At night, a mix of music from jazz to eclectic emanates from the many cafes. 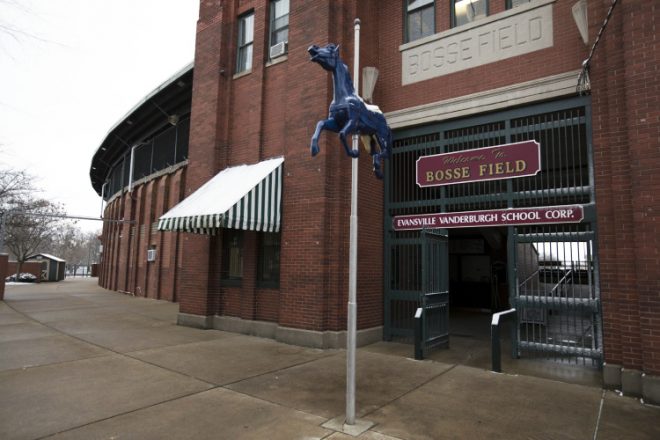 Evansville’s Bosse Field was used in the movie, A League of Their Own. Photo by Michael Tedesco

Baseball enthusiasts won’t want to miss a tour of Bosse Field, America’s third-oldest baseball field. Operating since 1915, the Evansville Otters play on the field during baseball season, and the field gained fame when it was featured in the 1992 movie, A League of Their Own, which is about the formation of a professional all-female baseball league. At Christmas, the field offers an extravagant light display.

With a year-round warm climate in the Amazonia rainforest, the Mesker Park Zoo & Botanic Garden is the perfect place to warm up when outside temperatures dip. In December, visitors can enjoy an extra-special pleasure at Breakfast with Santa.

No matter the season or weather, adults over age 21 can indulge at the new land-based Tropicana Evansville casino. The state’s first casino, it opened in 1995 on a boat. That changed in October 2017 when the attraction became land-based. The casino, which is open year round, features Christmas and New Year activities, including a toy drive to benefit local charities. 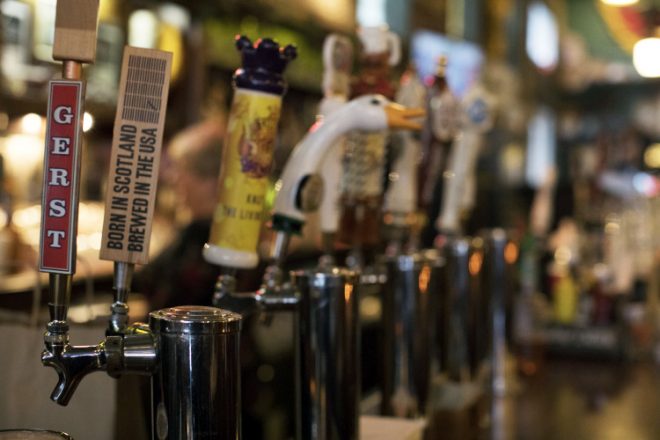 Fuel Up at Local Restaurants

To calm your growling stomach after a day of exploring, head to some of Evansville’s most notable restaurants, including Angelo’s Italian Restaurant, Turoni’s Pizza and Brewery, Gerst Bavarian Haus and more.

For even more to explore in Evansville, visit visitevansville.com or call 800-433-3025.