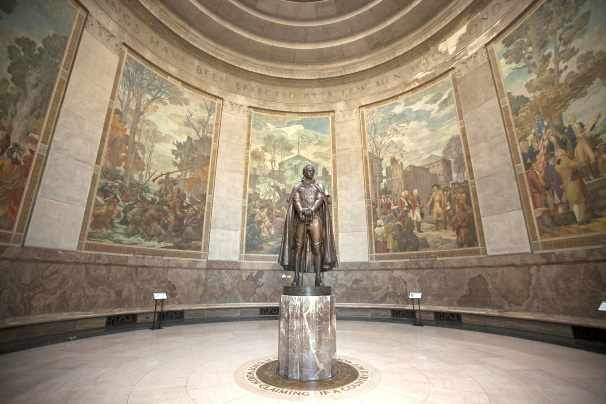 Known as the state’s “City of Firsts,” Vincennes is recognized as Indiana’s oldest city with its rich heritage of storied sites, special events and cultural attractions. Vincennes is also surrounded by rural communities and productive farmland that offers a plethora of U-pick and other agritourism venues.

Located along the Wabash River in southwestern Indiana, Vincennes was established as a French fur trading post in the early 1700s. Inaugurated in 1800 as capital of the Indiana Territory, William Henry Harrison served as its first governor. His stately and authentically restored Grouseland Mansion and Museum is open to visitors year round and holds artifacts from his brief term as the ninth U.S. president.

Harrison’s enterprising flair resulted in his 1801 founding of Jefferson Academy, the precursor to Vincennes University, which is considered the state’s first college. Named in honor of Thomas Jefferson, the college now boasts two- and four-year degree programs on its picturesque, 130-acre campus.

Adjacent to Harrison’s estate sit many of the city’s historic sites. The collection of buildings includes the Territory Capitol, the oldest major government building in the Midwest; a replica of Jefferson Academy; and Elihu Stout’s Print Shop, where the territory’s first newspaper was published.

Take a short walk south of Grouseland to see the striking George Rogers Clark Memorial. Located in a national historic park, the building was constructed with materials that include Indiana limestone, and tourists can visit the nearby visitor’s center.

Find a quick respite in the neighboring Old Cathedral and its library. The cathedral was built in 1826, and the library is the oldest of its kind in Indiana, holding 10,000 rare volumes dating back to 1319. 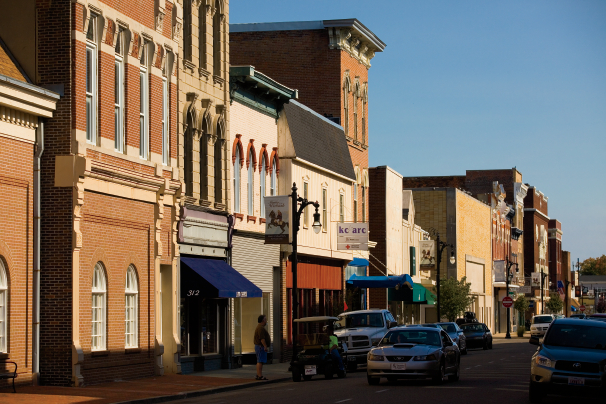 Veterans, military buffs and patriotic citizens will be astounded at the thousands of artifacts housed inside and outside of the Indiana Military Museum near the Clark Memorial. Considered one of the best overall collections of military memorabilia in the country, the facility highlights campaigns from the Civil War to the Persian Gulf War.

The city hosts an annual Memorial Day weekend event, the Spirit of Vincennes Rendezvous, and its November event, Muster on the Wabash, both encampment and re-enactment activities. 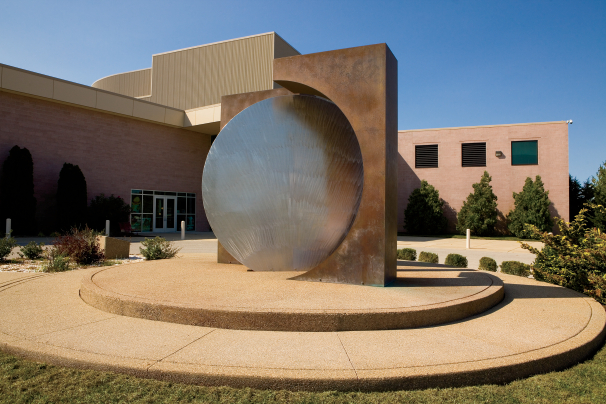 Perhaps one of the proudest legacies to come out of Vincennes was comedian and actor extraordinaire Red Skelton. His boyhood home sits one block from VU’s campus, and the on-campus Red Skelton Performing Arts Center welcomes notable performances and artists. The Red Skelton Museum of American Comedy opened in July 2013 and features an extensive collection of his performance keepsakes.

Shopping for Goodies and Foodies

The city’s quaint downtown boasts a variety of shops and eateries. Be sure to stop at the Historic Vincennes Farmers Market to find Knox County’s famous melons, apples, peaches and vegetables. Cruising north of Vincennes on U.S. Hwy. 41, you’ll find local markets and purveyors such as Apple Hill Orchard at Bruceville, noted for its homemade pies and locally grown fruit, and Melon Acres at Oaktown, a one-stop shop for locally grown asparagus, sweet corn, cantaloupe and watermelon, depending on the season.

Vincennes has something for the young and old, everyone from the history buff to the friend of the arts. For more information on the community’s offerings, visit vincennescvb.org.