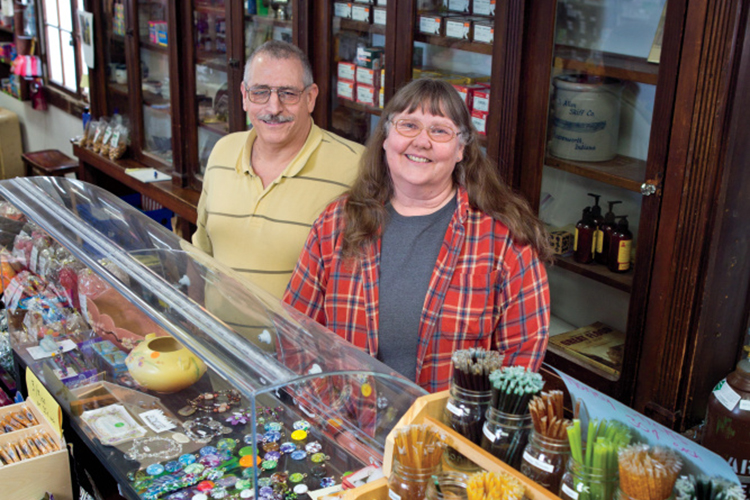 If you find yourself traveling along the Ohio River Scenic Byway in southern Indiana, plan a stop at Stephenson’s General Store in Leavenworth, and take a quick trip through time.

Back in 1917, John Ed Stephenson bought a hardware store and added food and farming supplies to the merchandise. The general store remained in the Stephenson family until it closed in 2008.

Two years later, Tony and Judy Gallina purchased the store with another couple and set about restoring it to its original glory.

“It was really hard for the community when Mrs. Stephenson closed [the general store] because there were no other stores like this close by,” Judy Gallina says. “When we reopened, we put in a full hardware store, a coin laundry, a grocery store and kitchen with very affordable food so people could eat here every day if they wanted.” 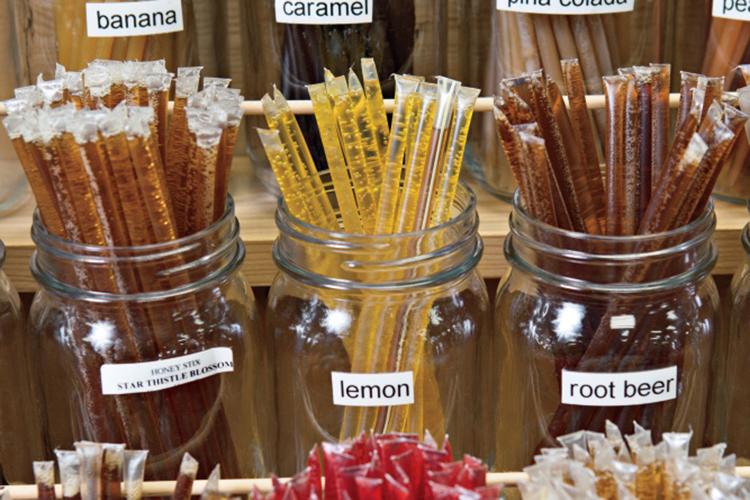 A visit to Stephenson’s quickly reveals it offers much more than your average general store. The kitchen, which was once the town post office, serves a revolving menu of hot food items, sandwiches, cakes, pies and ice cream treats, as well as Judy’s homemade bourbon balls.

“We make a bourbon ball called Frosty Nipper and another called Moose Eyes. They’re kind of like buckeyes. The one that’s really popular is our Flood Mud Fudge,” Gallina says.

The store is stocked with a large and colorful assortment of nostalgic gifts and old-fashioned candies and toys, including a multi-tiered marbles display. Stephenson’s also boasts an impressive adult and children’s book collection along with locally produced art, crafts and novelties. But Gallina says she is especially proud of the store’s supply of hardware in the basement.

“We’re actually an incredible hardware store,” she says. “I don’t mean to brag, but we have a huge inventory, and we can cut glass, and rescreen and thread pipe. My husband has over 15 years experience in a hardware store, so when customers come in with a box of parts from a sink or whatever, he’s the fella who can show them the right parts to buy and then tell them how to put it all back together. That’s the kind of hands-on service people are looking for.” 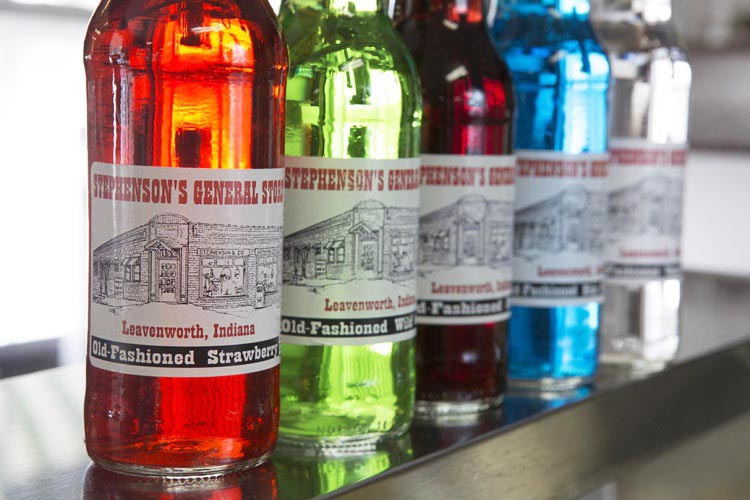 Stephenson’s also helps chronicle the town’s history. Leavenworth, which sits in the oxbow of the Ohio River, flooded in 1937, sweeping nearly half of the homes off their foundations. Residents abandoned what’s now known as Old Leavenworth and rebuilt their homes and businesses on higher ground.

The store itself features cabinets and counters that date back to the late 1800s, as well as framing lumber, posts, and windows reclaimed after the flood from the original store and other buildings. A wall in the store pays homage to the 1937 flood with photos, books and newspaper clippings. Gallina says the entire store acts as a history museum of sorts for younger generations.

“For older people, it takes them back to when they were kids, and they’ll start telling us about the general store that was in their hometown,” she says. “Then they’ll bring in their grandkids and tell them, ‘This is what it was like when I was growing up. You went to the general store, and you got everything there.’ It’s a history lesson for the younger kids also.”