See You in Seymour, IN 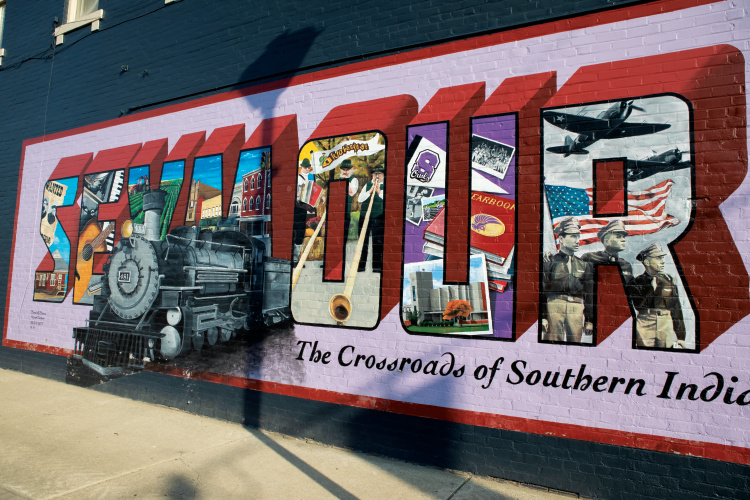 As the hometown of American musician and singer-songwriter John Mellencamp, Seymour, Indiana, inspired some of his most famous songs, such as “Small Town.” Funnily enough, though, Seymour is actually the largest of the six towns in Indiana’s Jackson County. With about 20,000 residents, it’s called a “city” by locals like Jordan Richart, public relations manager for Jackson County Visitor Center. There’s a lot of industry here, including automobile suppliers and pharma manufacturing, and its close proximity to I-65, as well as U.S. Highways 50 and 31, means a lot of traffic passes through. Here’s where to stop and sightsee around Seymour.

See more: Why You Should Visit the Evansville African American Museum

If you want to relax with a quality meal and Indiana craft beers from a front-row seat to the industry that helped put Seymour on the map, head to Rails Craft Brew & Eatery. This downtown restaurant has outdoor seating adjacent to the rail track, where you can watch freight trains pass by as you enjoy elevated American food. “People from here might think a train is a disturbance, but people who aren’t really get a kick out of it,” Richart says.

While downtown has been steadily growing its restaurant and bar scene – with newcomers such as Schwätzer’s, a German eatery that opened during the pandemic – there are a few mainstays in Seymour that locals and visitors alike return to again and again. Among them is Larrison’s Diner, known for its legendary fries and burgers topped with grilled onions, which appeared in a scene from the 1992 Mellencamp movie Falling from Grace. Townhouse Café is another must-stop, either for breakfast or an afternoon slice of pie, as is Batar, known for its sweet shop. 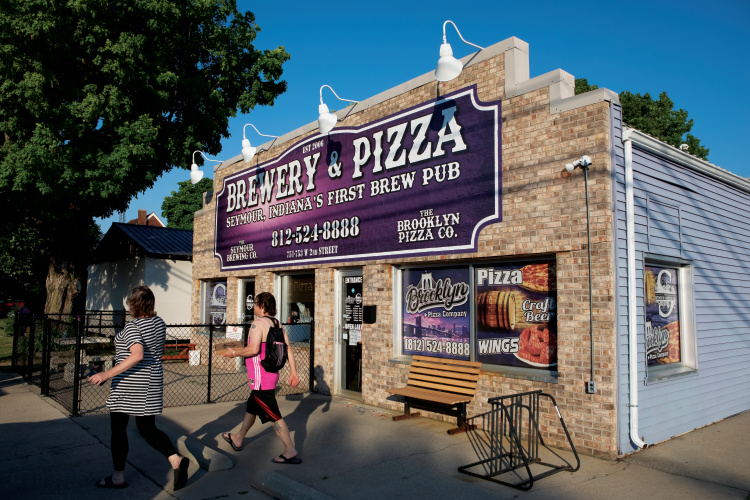 One of the newer spots around town is The Seymour Brewing Co., which opened in 2017 and also houses The Brooklyn Pizza Company (first opened in 2006) under the same roof. (Local tip: Try “The Bo,” an alfredo pie with chicken and fresh mushrooms.) The Seymour Brewing Co.’s popular blonde ale, Reno Gold, is named for the Renos, a family of outlaws that committed the world’s first train robbery in Seymour back in the 1860s. Next door, there’s a park with outdoor seating and a stage that showcases live music when the weather is nice.

Wine enthusiasts will love Seymour’s Château de Pique Winery, which is located near the White River (and is especially beautiful to visit at sunset). Sit outside on the upper deck of the horse barn to sip estate varietals such as Traminette, a golden wine with a rich, mid-palate fullness. The winery also creates beautiful charcuterie boards and has a small brewery on site too.

A Museum and Murals

Freeman Army Airfield Museum is a hidden gem in Seymour. “If you’re from here or anywhere around here, or just interested in military history, it’s a must-see,” Richart says. Plan to visit for one to two hours to see a World War II fire engine, plane parts and an extensive collection of memorabilia and artifacts. The museum itself honors the town’s history as a training base for WWII veterans. 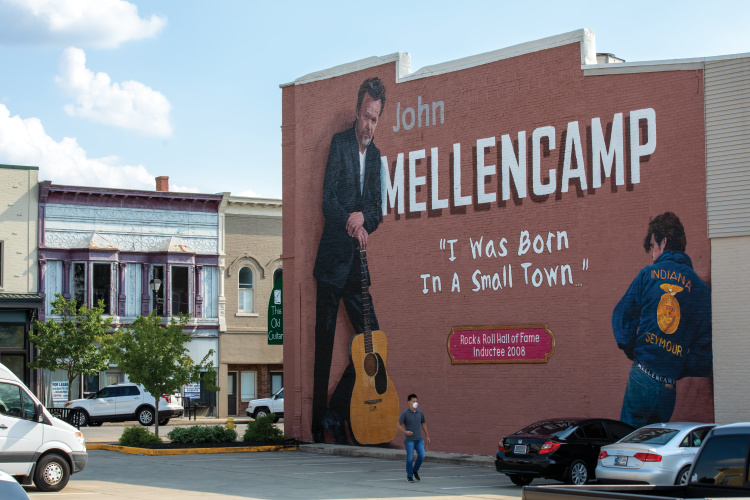 Seymour is also known for two large murals. Downtown, the Seymour mural spells out the name of the town and depicts images of trains, the airfield museum, the visitor center and more. There’s also the John Mellencamp mural, which was painted by Indianapolis artist Pamela Bliss and was completed in late 2019. Located on the side of This Old Guitar Music Store, it depicts Seymour’s most famous hometown boy in two different portraits (including one of the singer in an FFA jacket). Insider tip: Stop into the store and ask for owner Larry McDonald for a mini history lesson. “That’s the best part of a small town – you can walk in the door and say, ‘I’m here to see the Mellencamp mural,’ and he’ll go out and talk with you,” Richart notes.

A warm spring day is perfect for a trip to the Shieldstown Covered Bridge, which was the last one of its kind constructed in Jackson County back in 1876. Measuring 355 feet long, the pedestrian-only bridge was restored in fall 2019, and you can now walk across the East Fork White River and take in the scenery. The history of the bridge has deep roots in agriculture: Back in the 1800s, it was built for farmers to easily transport goods across the river to markets. 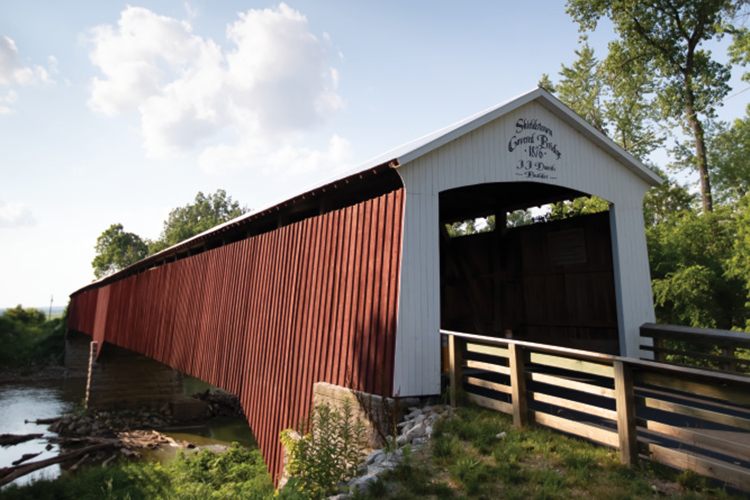 April and May are also ideal months to visit Muscatatuck National Wildlife Refuge, as they’re peak months for migratory birds. More than 280 species of birds have been spotted here, and it’s a peaceful spot to watch animals and enjoy nature.

See more: Terre Haute: Travel to the Crossroads of Hospitality and Culture