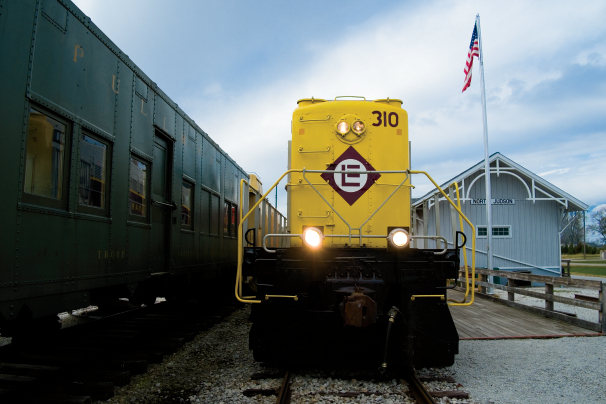 Chug along through Indiana’s train and railroad museums for some unforgettable family fun. The railroad played a vital role in Indiana’s transportation history, and the state’s railroad heritage is celebrated at more than a dozen train museums from La Porte to French Lick.

“You can hardly cross east to west through the United States without passing through Indiana, so trains have always been important here,” says Harold Harvey, a train enthusiast and weekend tour guide at the Monon Connection Museum. “Chicago is one of the biggest railroad hubs in the world, and you have to cross Indiana to get there from the East Coast. We have a map of Indiana from 1911 that looks like it’s full of highways, but they’re actually railroads.”

Travelers from all over the world come to the tiny town of Monon (population 1,781) to tour the Monon Connection Museum. Owner Dale Ward acquired most of the museum’s 6,000 artifacts in just 11 years.

“Dale Ward bought the first two pieces of railroad memorabilia in 1993,” Harvey says. “He had worked hard all his life and never had time for a hobby. Today people tell me this is the finest detailed railroad museum in the world.”

Ward’s collection includes one of the largest public displays of railroad dining car china and silver in the United States and 282 different switchman’s lanterns with no duplicates. The museum also has 38 brass steam locomotive bells, 60 railroad pocket watches, and lamps from the Pullman Palace railroad cars of the 1870s. Its gift shop sells train toys, coffee mugs, T-shirts and souvenirs.

“It’s the huge variety of small stuff that makes the Monon Connection unique,” Harvey says. “There are more than 100 railroads represented in the museum, and each railroad had its own pattern of china. Some is quite gorgeous.” 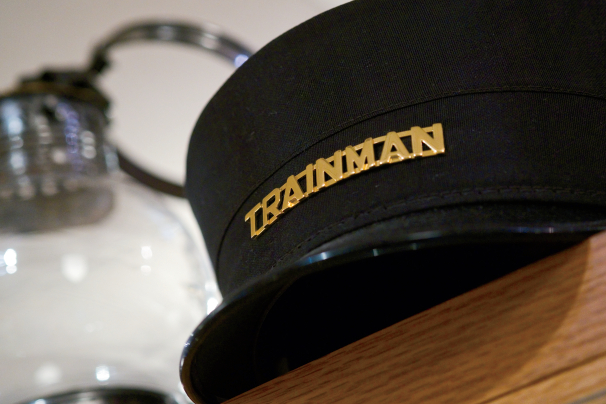 Harvey, 70, has been fascinated with trains since childhood. He even recalls the image of a train that was engraved on his baby spoon.

“I grew up close to the railroad, and I’ve been spoon-fed this stuff from day one,” he jokes.

“I guess I gave him the disease,” he says, chuckling.

Adjacent to the Monon Connection is the Whistle Stop Restaurant, which has sandwiches, soups, a salad bar and homemade pies.

“There are four scale-model trains running around the restaurant,” Harvey says, “and kids ages 2 to 92 have trouble sitting down to eat because they want to play with the trains.” 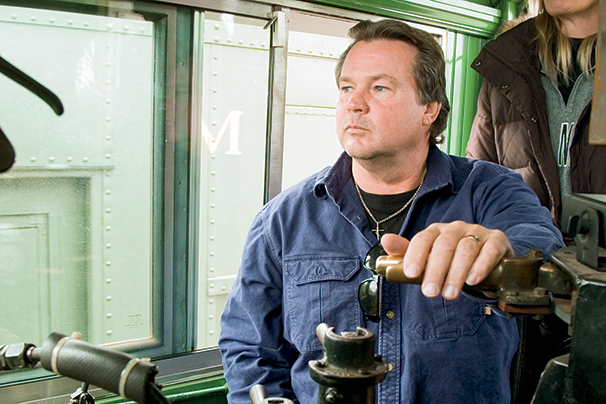 “I enjoy meeting visitors from all walks of life and literally around the world,” says Loretta Kosloske, marketing specialist for the Hoosier Valley Railroad Museum. “There have been visitors from almost every state in the country and from Canada, England, Brazil, Poland, Nicaragua, Spain, Japan and the Philippines, just to name a few.”

The museum celebrated its 25th anniversary in 2013. Visitors can explore the depot brimming with photos and artifacts, walk the grounds to see equipment on display and under restoration, and marvel at the museum’s massive Chesapeake & Ohio No. 2789 steam locomotive.

“HVRM offers visitors a unique opportunity to experience the sights, sounds and smells of railroading during its heyday,” Kosloske says. “In the early 1950s, up to 125 trains ran through North Judson every day.” 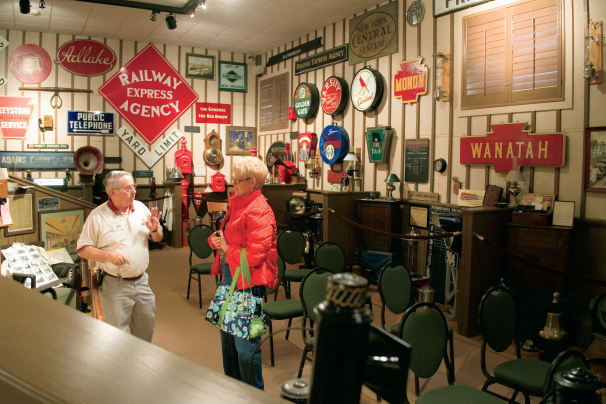 At the Whitewater Valley Railroad in Connersville, you can take a train excursion that’s sure to leave lasting memories. In December, its Polar Express train gives riders a journey through the countryside to visit Santa Claus at the “North Pole.” (The French Lick Scenic Railway also operates a Polar Express in southern Indiana.) The Metamora Holiday Special is another Christmas train excursion that takes riders to Metamora’s Annual Christmas Walk.

Whitewater Valley Railroad has nearly a dozen other excursions throughout the year, including Rails to Romance, a Valentine’s Day dinner excursion; the Easter Bunny Express, which includes an egg hunt; Day Out with Thomas the Tank Engine; fall foliage and pumpkin patch excursions; a Dinosaur Train patterned after the hit PBS television cartoon series; and a Wild West Train complete with bandits and marshals.