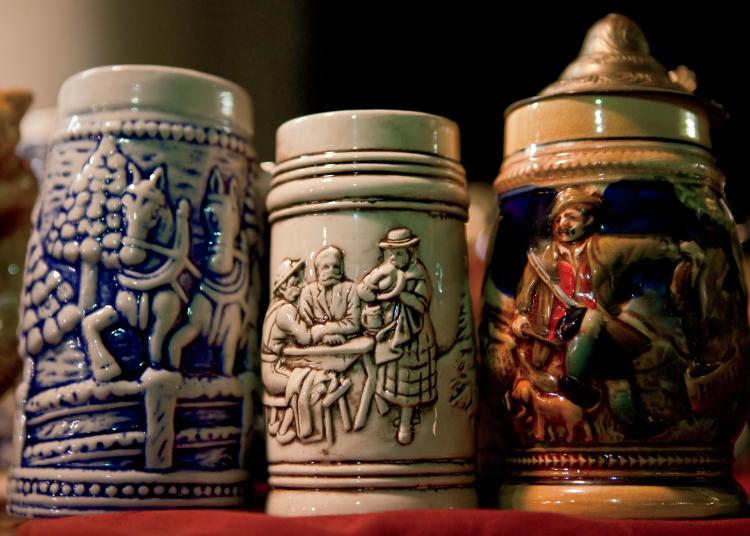 What began as a celebration of Bavarian royalty 200 years ago has become a fall tradition in Indiana. And you don’t have to be a king or queen, or even of German descent, to enjoy the Oktoberfest party.

In fact, with Oktoberfests held across the state, you won’t even have to travel far from home to sample authentic German fare, listen to traditional German music and enjoy a variety of activities for children and adults alike. If you’re adventurous, you can even kick up your heels in a lively chicken dance or polka contest or show your strength in a stein-holding competition. Oktoberfests from Michigan City to Seymour hold something for everyone. 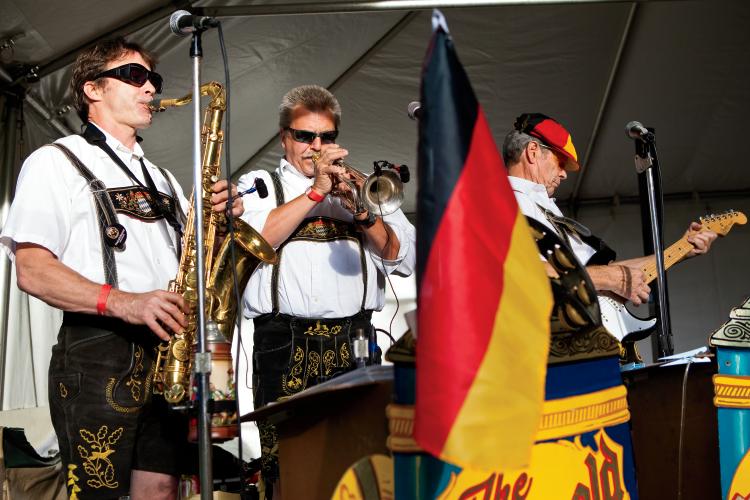 With nearly 25 percent of Hoosiers claiming German roots, the German culture is woven into the state’s fabric. Oktoberfests provide an opportunity to share and celebrate that heritage.

It doesn’t get more German than Oktoberfest in Indianapolis, where the annual celebration is hosted by the German-American Klub on the grounds of German Park, a 15-acre woodland owned by the Indianapolis Federation of German Societies. The park is on the south side of the Circle City where working-class Germans settled in the 1800s.

The largest Oktoberfest in the state, this celebration has been a fall destination for Indiana residents and visitors for more than three decades. The beautiful park venue, tasty German specialties and family-friendly atmosphere, complete with beer tent for adults and root beer tent for kids, bring festival-goers back year after year. 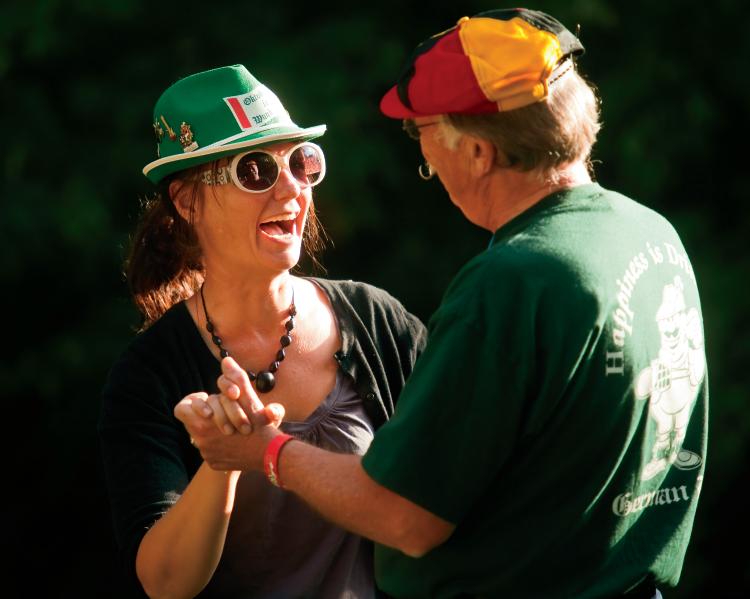 Seymour can boast one of the state’s oldest Oktoberfests. For 39 years, this small town midway between Indy and Louisville has put on one big party. In addition to the traditional sights and sounds, the Seymour Oktoberfest includes a parade, hot-air balloon races, craft vendors and a carnival.

There’s a lot of local flavor at this three-day downtown festival as well, with community groups hosting booths and serving everything from kielbasa to cotton candy. A German band from Seymour, the Schulhaus Four Plus Three, also performs on one of three stages, each of which provides a wide variety of musical entertainment. 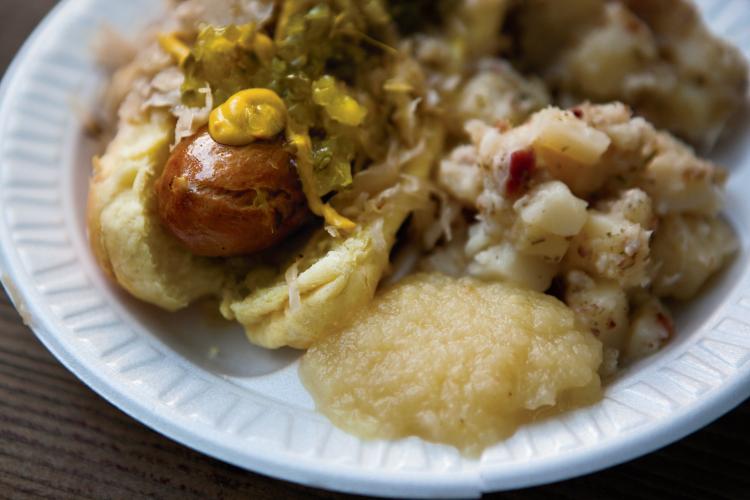 Michigan City’s Oktoberfest may not have the longevity of the Indianapolis or Seymour celebrations, but in just five years it has built a reputation for German authenticity. The festival, held the weekend before Columbus Day, features a traditional menu of goulash with spätzle, brats with sauerkraut, warm German potato salad and a selection of German beers. And it wouldn’t be an Oktoberfest, or a German feast, without a piece of Black Forest cake.

The Michigan City Summer Festival Committee, which hosts the Oktoberfest at a park overlooking Lake Michigan, also brings in authentic entertainment. Ein Prosit, a 35-piece German band, will be performing at the 2011 event, providing an opportunity for festival-goers to see and hear alphorns, the long wooden horns traditionally used by mountain dwellers to communicate. 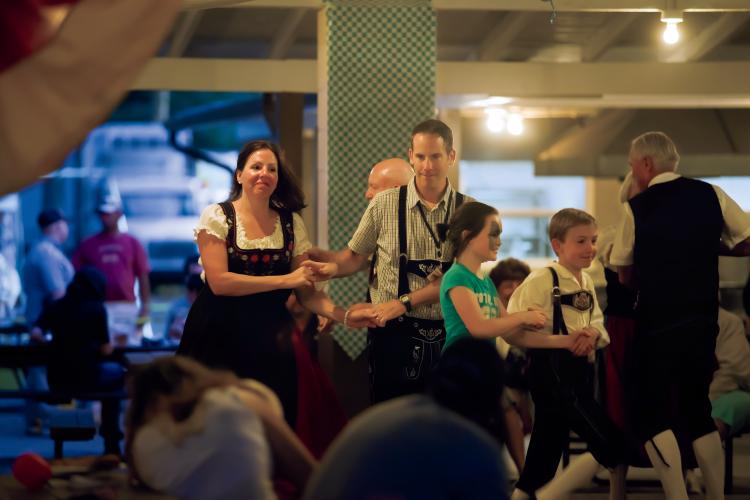 History in the Making

Richmond, located in the western part of the state, is another newcomer to the Oktoberfest party. The success of its inaugural festival in 2010 has organizers adding to the line-up of entertainment, food and craft vendors, a beer garden featuring Richmond’s own New Boswell Brewing Co., antique dealers and children’s activities for 2011.

Visitors looking for a quaint festival with something extra can take the day to enjoy the Richmond Oktoberfest’s treats and also take in the many interesting building murals in the city’s historic depot district.

Have you been to any of these Oktoberfests? What activities did you most enjoy? Let us know in the comments section.