It’s Hip To Be Fountain Square 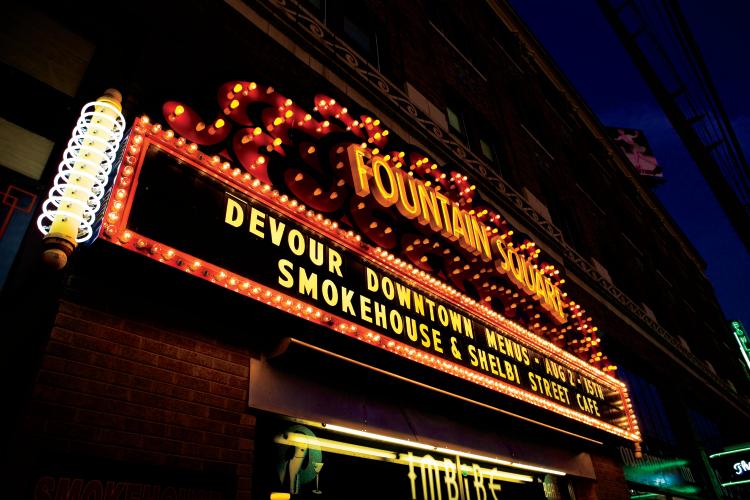 The five-and-dime store in an 1884 building has morphed into a home for artists and galleries at the Murphy Arts Center. A former Woolworth’s now retains the diner feel in its new life as the Smokehouse on Shelby.

It’s this homage to the past with an eye on the future that is bringing more visitors and new residents to the once-beleaguered Fountain Square neighborhood in Indianapolis.

And more changes are on the way. With the completion of the Indianapolis Cultural Trail in November 2011, shoppers, dancers and diners can walk or bike the 1.5 miles from downtown.

But a trip back to the past goes beyond kitsch and antique stores. The fountains that give the neighborhood its name give a European flair to the area and serve as reminders of the Germans and Irish who originally populated the neighborhood. The tan stone edifices contain secrets of speakeasies and times gone by, while the Fountain Square Theatre Building gives the district new life with duckpin bowling and swing dancing.

From 1910 to 1950, people flocked to the area for shopping and entertainment. Then the neighborhood began a slow decline that sped up when Interstate 65 cut it off from downtown Indianapolis.

Now, the interstates keep the neighborhood easily accessible and separated in a good way, says Linton Calvert, who owns the Fountain Square Theatre Building with his wife, Fern.

“It’s given us our own little simple town flavor that most people are surprised with,” he says. 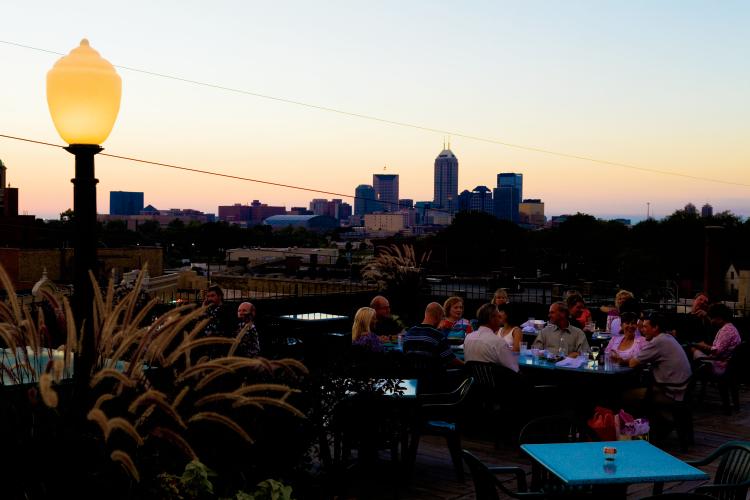 Calvert saw promise in the dilapidated five-story theater building and felt the neighborhood was ripe to return following other improvements and restorations in nearby downtown.

Calvert already owned the only duckpin bowling alley in Indiana when he purchased the Fountain Square building in 1993.

Once trendy on the East Coast, duckpin bowling focuses on finesse with smaller pins spaced farther apart and a smaller ball without finger holes. 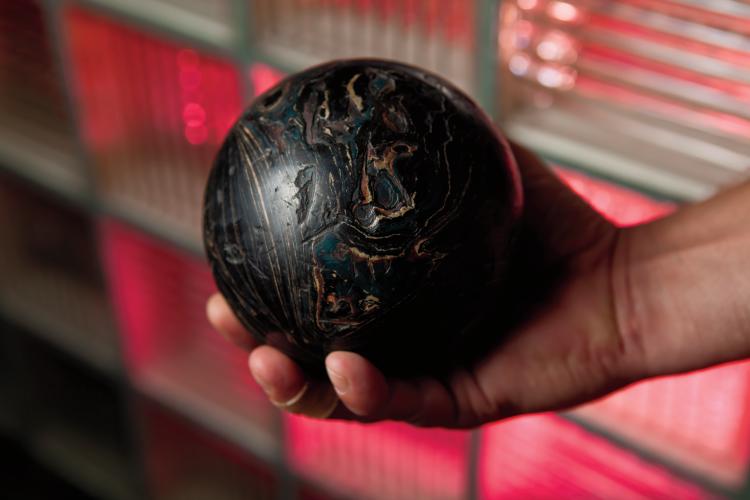 It’s so popular now that Calvert recommends reservations. Action Duckpin Bowling fits those in the mood for flapper dresses and swing music, while Atomic Bowl Duckpin leans more toward pedal pushers and jukeboxes.

Keeping with the throwback trend, more than 200 guys and dolls take over the theater-turned-ballroom to do the Lindy Hop and other dances twice a month.

All that activity sends revelers to nearby restaurants and bars.

Calvert says the neighborhood now has the most ethnic diversity in restaurants of any neighborhood in Indianapolis – African, Greek, Asian. But in keeping with the area’s past, there’s also the last standing Peppy Grill (down from a dozen scattered around the city in the 1970s) serving hamburgers and other classics 24 hours a day.

• Find other events, shopping and dining destinations and much more at www.discoverfountainsquare.com and www.fountainsquareindy.com.