Whether you’ve gone every year or you’ve never gone before, if you look, you’ll find that there are a lot of hidden gems at the Indiana State Fair. 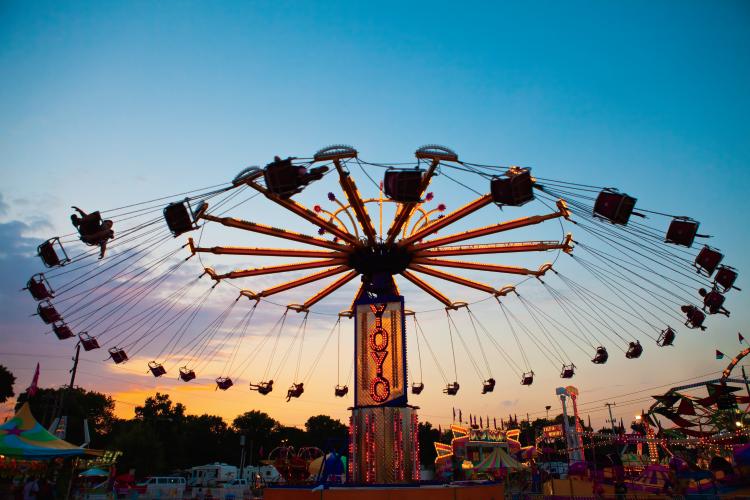 “I learn something new that goes on every year. Every year,” says Andy Klotz, publicity/media relations manager at the Indiana State Fairgrounds.

The 2015 fair runs Aug. 7-23, and it will of course include a glittering midway, delicious food, big name entertainment and livestock shows.

But there also will be some unexpected attractions. So before the hustle and bustle of the fair gets underway, let’s take a stroll around the fairgrounds and look at some of these hidden gems.

Maybe it’s a bit of an exaggeration to refer to something the size of a train as “hidden,” but even some fair regulars may not be aware that you can ride to the fair in one of the Indiana Transportation Museum‘s historic (and air-conditioned) passenger trains. The WFMS FairTrain operates every day of the fair, taking fair goers the 11 miles from Fishers Station to a stop just a few yards from the fairgrounds. Cost: $13 for adults, $9 for children ages 2 to 12, free for children under two.

Hook’s Drugstore Museum & Soda Fountain houses a fascinating collection of drug store artifacts and memorabilia – and it’s one of the few places where you can still get a real chocolate soda along with other old-time treats. Open daily during the fair and selected weekends the rest of the year.

The Department of Natural Resources building brings a little bit of the country to the city. There’s a butterfly garden, a campfire featuring foods that vary from s’mores to samples of wild game, and the Fishin’ Pond, where the DNR offers fishing lessons. “They get a little lesson, and then they get hands-on experience,” Klotz explains. 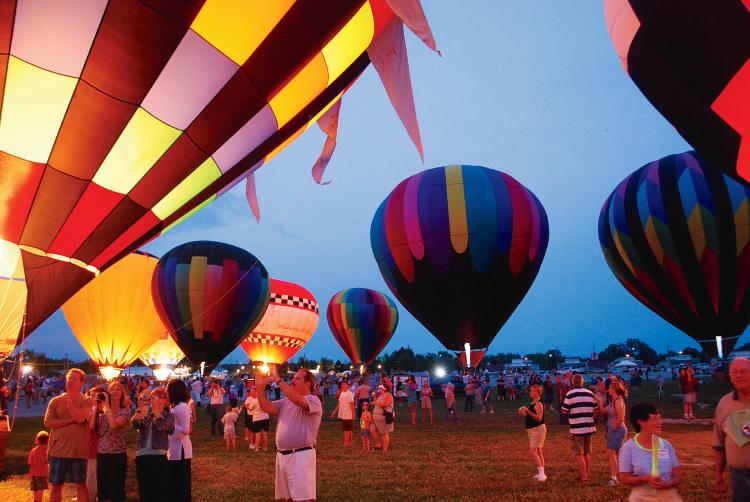 On the night before the big hot-air balloon launch, there’s a bit of magic known as the Night Glow. At dusk, balloon pilots inflate their balloons, which are then lit from beneath by the fires provided by their hot-air tanks. It’s absolutely beautiful, and it also gives those interested a chance to talk to the balloon pilots one on one.

Visit the Farm Bureau building on the north side of the fairgrounds for free popcorn – but also activities including the Follow Me Barn Tours. These free tours of some of the fair’s livestock barns will be offered the first two weeks of the fair.

Here are a few more lesser-known finds at the Indiana State Fair:

The food stands operated by Indiana’s various commodity organizations offer high quality food at good prices, and the proceeds benefit local farm groups. There are traditional favorites, such as beef rib eye sandwiches and pork burgers, and food you wouldn’t expect to find at the fair, such as the “beef sundae” (mashed potatoes topped with roast beef, gravy, corn and cheese) from the Beef Tent and grilled cheese sandwiches and ice cream from the Dairy Barn.

Something else that you might not expect at the fairgrounds is an actual bakery. However, the State Fair Bakery can be found in the northwest corner of the fairgrounds, and it offers all sorts of treats. Andy Klotz’s personal favorite item is the cream puffs. “The cream puffs are really a delicacy over there,” he says. “They are dynamite.”

More non-traditional fair fare can be found at the Farmers Market Café in the Ball State Ag-Hort Building, which offers fresh produce and salads – and also what Klotz refers to as “unbelievable” strawberry shortcake.

For $3, you can enjoy pancakes and sausage at the State Fair Old-Fashioned Pancake Breakfast, operated by Indiana Farm Bureau on Farmers Day, which is usually the second Wednesday of the fair. “You can’t beat a pancake breakfast for $3 – plus their pancakes seem to be better than mine,” Klotz says, adding, “It’s kind of neat to be sitting out on Main Street eating pancakes.” 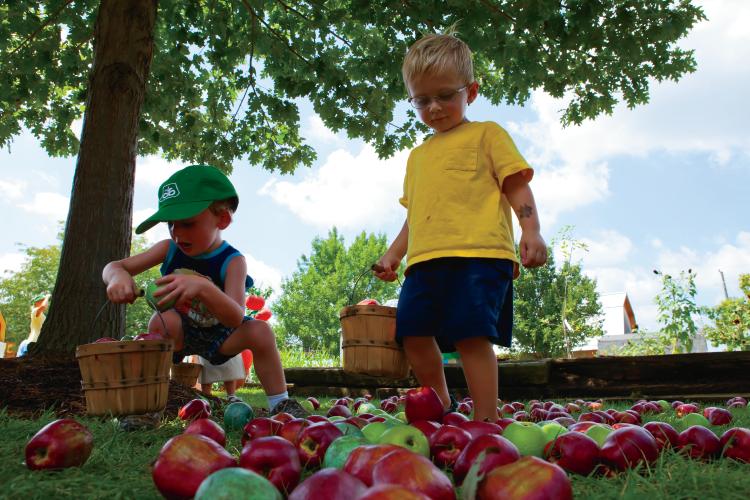 Outstanding paintings and photographs from amateurs and professionals are on display at the Home & Family Arts building for your enjoyment. And some are even for sale, so you could conceivably eat a corn dog and buy art for your dining room while within sight of the midway.

The Pathway to Water Quality, which is managed by the Indiana Conservation Partnership in conjunction with the Hamilton and Marion County Soil & Water Conservation Districts, is an island of serenity on the fairgrounds, including shade trees and a fountain – and as a side benefit, you learn about protecting water quality. “It’s kind of a way to forget you’re at the fair for a little bit – to get out of the hustle and bustle and take a little break,” Klotz says.

For at least 17 years, the band Inkapirka has been bringing the “Music of the Andes” to Indiana from a spot right outside the Home & Family Arts Building.

The Pioneer Village recently added a stage called The Opry House. Among the entertainment presented there at fair time is an old-time radio show, similar to the WLS National Barn Dance of the 1930s.

Several times during the fair, the Pepsi Coliseum is the site of one of the one of great equine spectacles: the horse and mule hitches. Hitches of six or eight (horses or mules) from all over the country, some even from Canada, come to Indiana to compete. “That should be a must-stop – those animals are just wonderful to see,” Klotz says.

What are your favorite things about the fair? Let us know in the comments below.