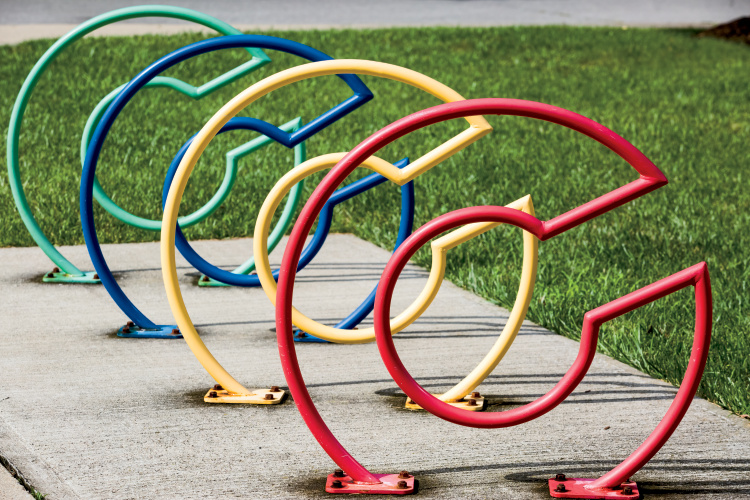 Dubbed the “Athens of the Prairie” by Lady Bird Johnson, the small town of Columbus –an hour’s drive south of Indianapolis – has been a strong force in the world of architecture for decades. The American Institute of Architects ranked Columbus sixth in the nation for architectural innovation and design, giving cities like Chicago and New York an unexpected run for their money.

This unlikely combination of small-town charm and world-class design can be traced back to native son J. Irwin Miller, who grew Columbus-based Cummins Engine Company into a global powerhouse during four decades of leadership.

“Miller was a true Renaissance man,” says Erin Hawkins, marketing director at the Columbus Visitors Center. “He was inspired by the idea of better living through architecture.”

In 1954, Miller created the Cummins Foundation and offered to pay the design fees for any new public building – provided the city chose from a list of leading architects.

“Eventually, good design became a community value,” Hawkins says. “Churches and private businesses got on board, and architects began coveting jobs in Columbus.” 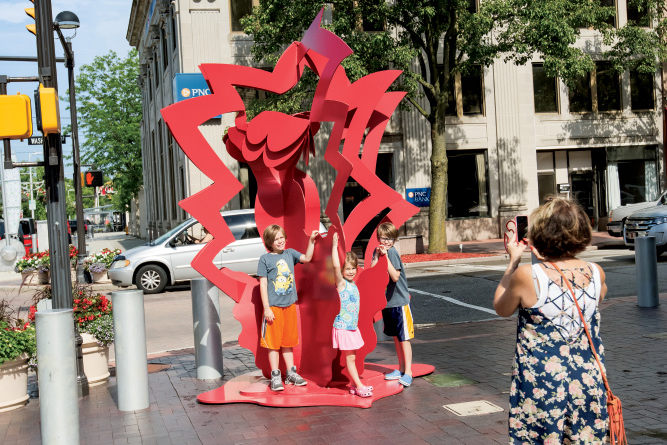 Today, about 10,000 people from around the world travel to Columbus every year for the city’s architectural tours. The two-hour excursion showcases 70 significant works of architecture, public art and landscaping by pioneers such as Eero Saarinen, I.M. Pei, Harry Weese, Kevin Roche, Dale Chihuly and Henry Moore.

Exhibit Columbus is a feast for the eyes.

“We are definitely known for modern architecture, much of which is from the midcentury modern period,”

Hawkins says. “It’s striking to people, the density of art and architecture here, relative to the small size of the city.”

Another tour spotlights the Miller House & Garden, one of seven National Historic Landmarks in Columbus. The site represents a remarkable blend of structural design by Eero Saarinen (the visionary behind the Gateway Arch), Alexander Girard’s interior design and Dan Kiley’s landscaping.

“It’s the perfect storm of three midcentury icons working together at the height of their careers,” Hawkins says. “This is sacred space for a design geek. I’ve seen grown men cry more than once.” 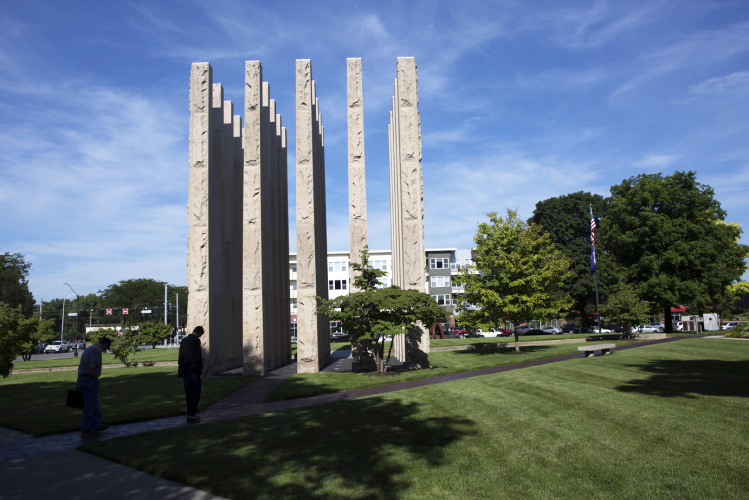 As inspiring as its buildings are, you need not be an architect aficionado to appreciate Columbus. Every year, millions of shoppers descend upon Edinburgh Premium Outlets for brand-name bargains at 85 top retailers. Just next door, the Exit 76 Antique Mall boasts 600 booths bursting with timeless treasures.

“It’s a fantastic stop for hardcore shoppers,” Hawkins says. “You could literally spend two days there.”

Downtown, you can seek the unique at Tri-State Artisans, where you’ll find one-of-kind pottery, jewelry and paintings by local artists. Save time to browse boutiques like Bakers Fine Gifts & Accessories and Viewpoint Books, the state’s second oldest independent bookstore. 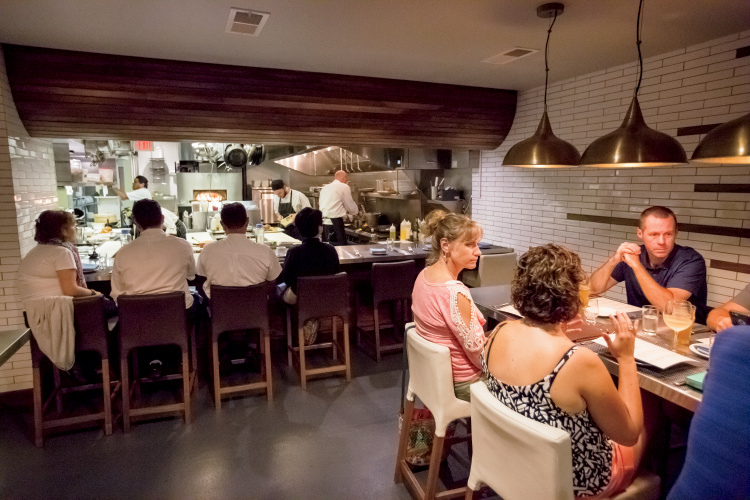 No visit to Columbus is complete without a stop at Zaharakos Ice Cream Parlor and Museum, which has tempted taste buds since 1900. You can also count on Columbus classics Ye Olde Fish House and Addison Bakehouse to serve up a satisfying meal. If your tastes run to the modern, check out the new kid on the block: Henry Social Club.

When Columbus calls, it’s easy to justify an overnight stay – and downtown’s Hotel Indigo offers a quirky and convenient option.

“It’s a whimsical, modern, boutique hotel – a unique experience,” Hawkins says. She also recommends the historic Inn at Irwin Gardens for an overnight stay that’s anything but ordinary – just like the town itself. 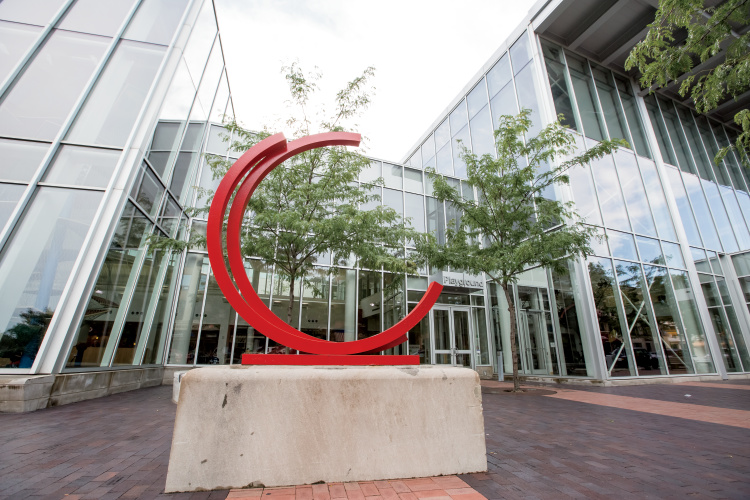 From filmmakers to first ladies, Columbus continues to capture the imagination. Whether you’re sold on the shopping or drawn by the design, discover Columbus and build a memory or two.