A Day at the Terre Haute Children’s Museum 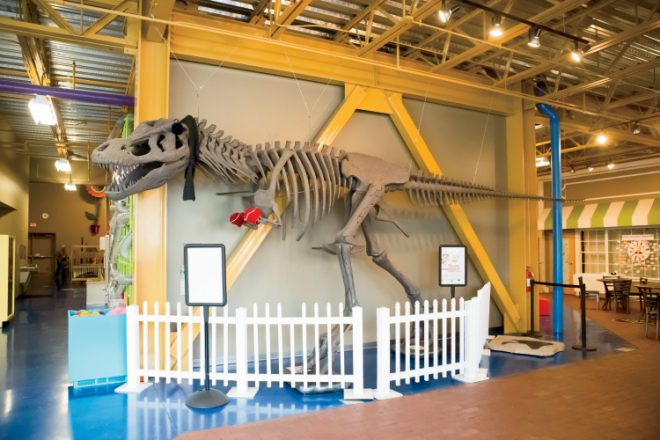 “We try to showcase science in ways that make the most impact,” says Executive Director Lynn Hughes. 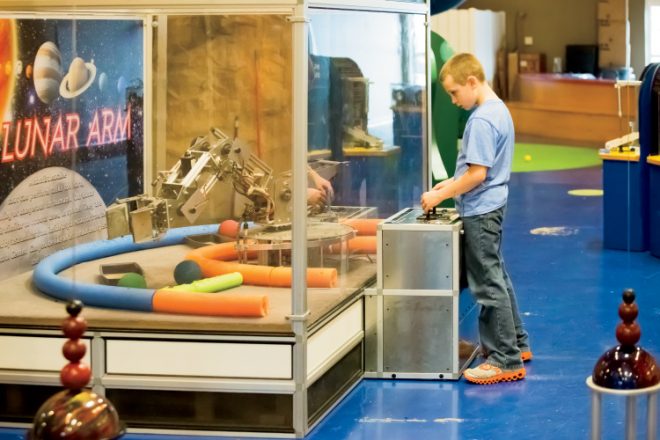 That impact begins when patrons walk through the entrance, where a Tyrannosaurus rex replica nicknamed “Art,” often wearing seasonal accessories, serves as the museum’s unofficial mascot and greeter. Art may be the only static display at the museum.

“You won’t see display cases of artifacts here. Every exhibit is an opportunity to engage,” says Jamie McDowell, museum staff.

For children who prefer nonextinct creatures, there are several other animal exhibits that might catch their eye. They can role-play being a veterinarian in the Ready, Vet, Go! area, or test their agility against other species in the Run With Animals light-up display. In the Critter Corner, they can see real-life reptiles and insects, including a working beehive.

Check out 5 more museums to visit this winter.

The Tree House exhibit carries that lesson a step further by letting future scientists pretend to pollinate flowers hanging on the wall with the help of pollen shooters. 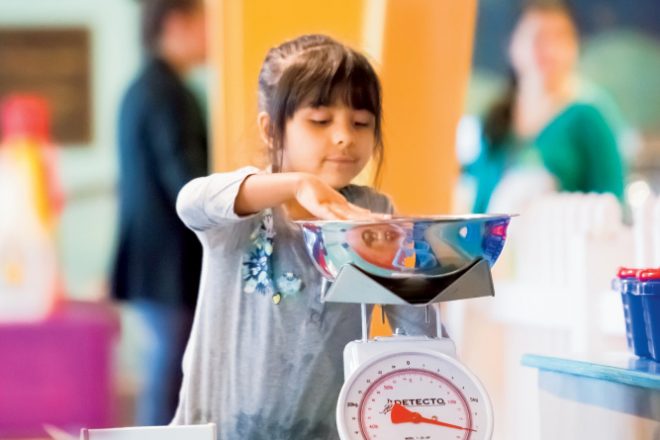 A new and popular exhibit focuses not on animal magnetism but electromagnetism and other concepts of physics. It’s called Fiddling with Physics, and it provides age-appropriate activities to help children better understand the science.

“For younger children, simple concepts are illustrated with play, while the concepts and activities are more complex for older children,” Hughes says. 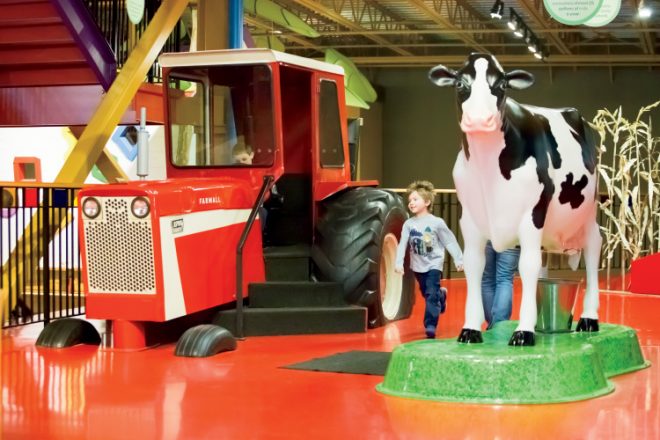 From Farm to Table

Another series of exhibits illustrates that the grocery store isn’t the origin of our food. While science and technology has improved agriculture with efficient innovations, like many other industries, this means many people today no longer have close connections to farms.

“So children today may not have a clear concept of how food gets to the table,” Hughes says.

The farm-to-table concept begins with the Ag-citing exhibit. In this exhibit, children learn about harvesting corn and can even sit in a life-sized tractor model. Thanks to a replica of livestock, they can also feel what it’s like to milk a cow. Then, they follow their food to the Fit and Fresh Market, where interactive guides teach them about healthy nutrition, calories and food groups. In The Kitchen exhibit, children can role-play food preparation.

“The more parents engage, the greater the opportunity for everyone to learn – and these exhibits are often where we see entire families laughing and learning together,” McDowell says. 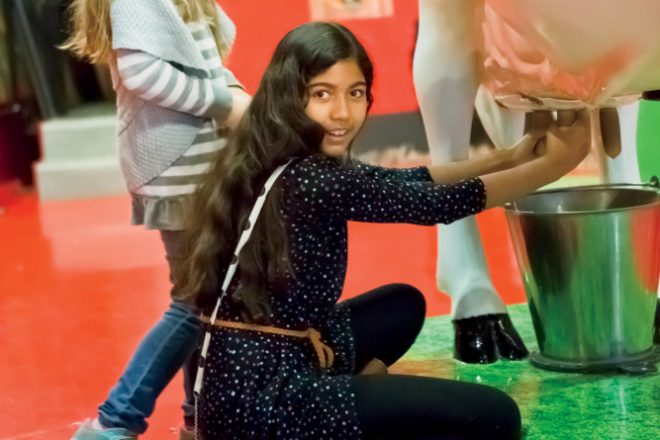 Other exhibits illustrate health, weather and building concepts. Children can play motion-activated learning games in an EyePlay area or encase themselves in giant bubbles in the Bubble Ring area.

“We’re big enough that we have a lot to offer, but small enough that it can be done in a manageable time frame,” McDowell says.

That’s not too shabby for a museum first housed in a church basement. It has now doubled in size and has educated nearly 250,000 people from over 22 counties in Indiana and Illinois. 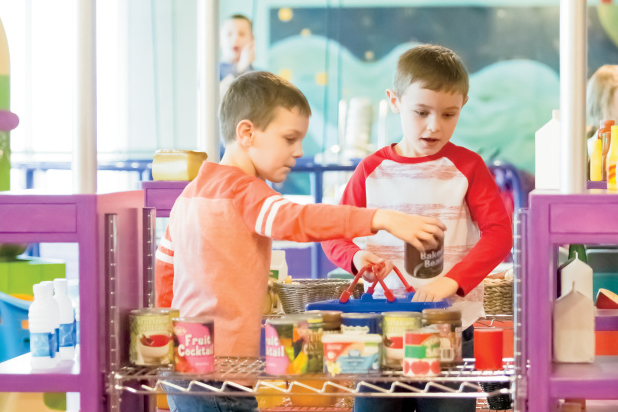 Hughes says the museum’s key to future growth is in taking the learning into the community and continuing to evolve with science and technology. For McDowell, that just comes naturally.

“Science is all around us, in everything. We want children to learn to look for it from an early age,” he says.

For more information about exhibits, admission, hours and more, visit the website at thchildrensmuseum.com or call 812-235-5548.