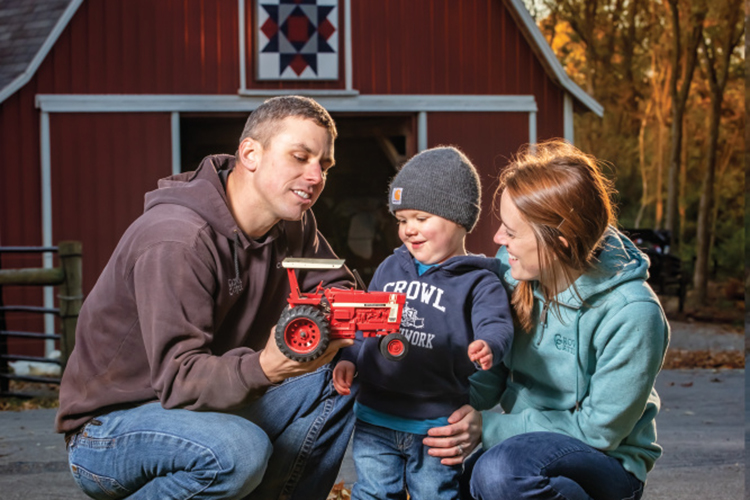 Not all heroes wear capes — some of them wear work boots.

Take Cadel Crowl of Crowl Cattle, for instance. Cadel and his wife, Rebecca, founded Crowl Cattle in Lafayette in 2011, but the year before, Cadel was deployed to Afghanistan as part of the Army infantry of the National Guard.

“He deployed with the 3-19th ADT team, or agricultural development team,” Rebecca says. “They helped to teach farmers in Afghanistan better agricultural practices. This role fit him well due to his desire to serve and his love of agriculture.”

Once Cadel returned a year later, he and Rebecca started pursuing their dream of owning a cattle farm by renting some land. She says the qualities that drove Cadel to enlist in the military also help him be successful on the farm. 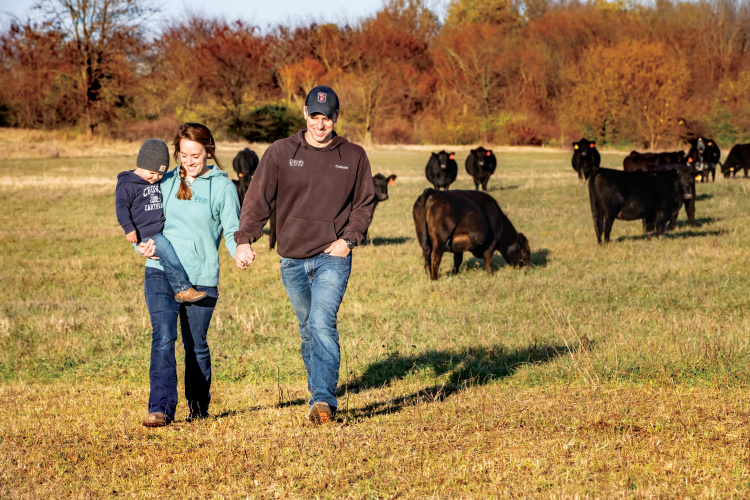 “There’s a lot of risk involved in farming and it’s very challenging,” Rebecca says. “You have to really love what you do, because there are so many ups and downs. Cadel’s determination and drive to help others and care for animals made it an easy transition.”

She adds that farmers in general have an enormous desire to help each other, similar to soldiers.

Crowl Cattle raises cattle for freezer beef, which consumers can purchase on an annual basis. They also own an excavation business. On top of that, Cadel is a full-time firefighter with the city of West Lafayette.

“The cattle farm is very much sustainable and a big part of our lives,” Rebecca says.

Help from Homegrown By Heroes

The Crowls turned to the Homegrown By Heroes program when they started their farm, which is an Indiana Grown program that specifically supports veteran farmers. The program is a subprogram of the national Farmer Veteran Coalition and helps veteran farmers with marketing efforts, funding and more.

“We started our farm from the ground up and applied for a grant through the Homegrown By Heroes program,” Rebecca says. “We were awarded the grant and used the funds to help improve our facilities on the farm.” 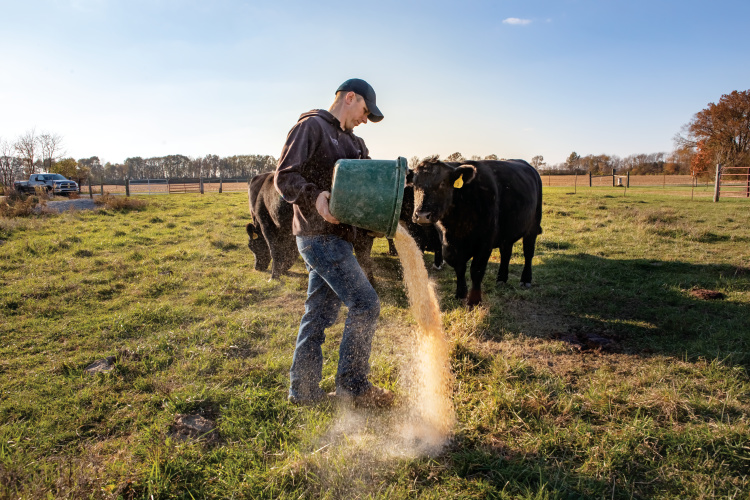 She adds that along with the funding, the program helped them become a part of the community by connecting them with other veteran farmers.

Heather Tallman, program director for Indiana Grown, says that Homegrown By Heroes helps to connect veteran farmers with both consumer and growth opportunities.

“We started the program with just seven members in February 2016, and today, we have 135 Indiana Grown Homegrown By Heroes members,” she says. “We are very proud of this section of our program and love to help Hoosier veterans as much as possible.”

Members of the program are able to put the Homegrown By Heroes logo on their products, which lets consumers know that the product was grown or produced by a veteran.

“Consumers, for the most part, like to know who raises their food and where it comes from,” Tallman says. “Hoosiers want to support veterans, and the logo is an easy way to identify those they can support.”

For military veterans looking to adjust back to civilian life, Rebecca Crowl says agriculture really is a great fit.

“My experience is that the people I know in my life who have military backgrounds are incredible at overcoming challenges. They’re used to having to work hard for what they want,” she says. “Farming is extremely rewarding, but it also requires blood, sweat and tears — producing a product, caring for animals and keeping the farm running. I think it’s a great fit for veterans.” 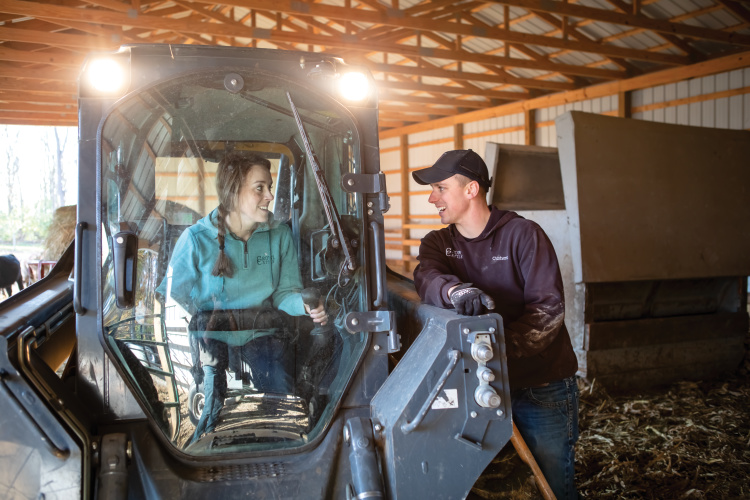 For more information on the Homegrown By Heroes program or if you’re a veteran farmer looking to get involved, visit indianagrown.org.