Fired Up for the Fair 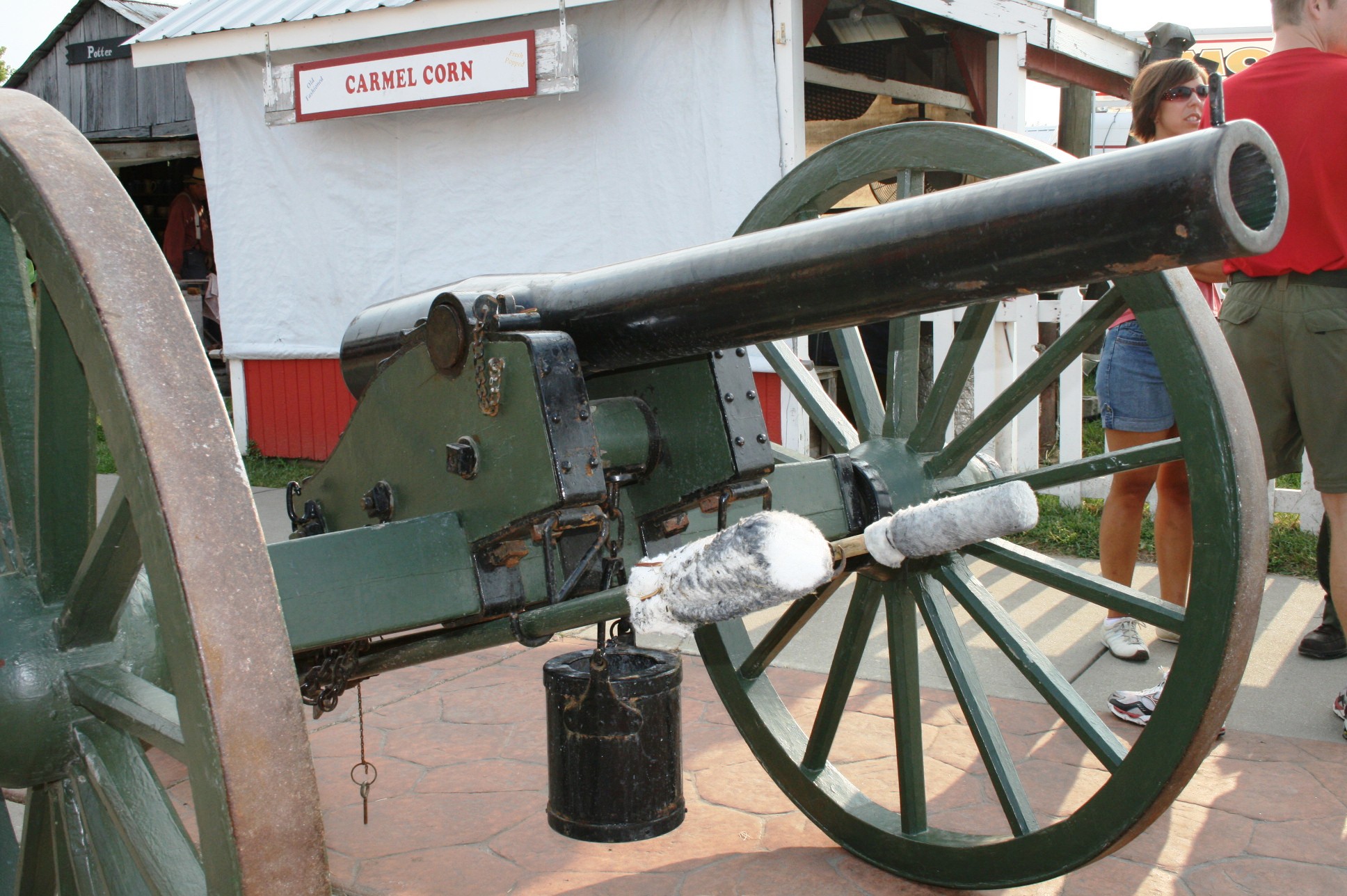 Not many people can claim that they spend every night in the room they were born in, but Jack Gaby can. His house dates back to 1901, and has survived a fire, seen four generations and still has a wood burning stove and a dining room table that easily seats 23.

Not many people have fired a Civil War cannon, either, but Gaby does that, too, every morning during the Indiana State Fair.

The 76-year-old Wawaka resident still produces maple syrup. In fact, he is known for his maple cream pie. His Noble County family farm, started by his great-grandfather in 1844, has been an Indiana Farm Bureau Insurance client since the company first opened its doors in 1934. Gaby served as an Indiana Farm Bureau township chairman in the 1950s. There’s more than maple trees on the farm, but as he says, “It’s more social than economic.”

Gaby proudly recalls the time when he was 17 and made enough maple syrup to buy a new set of tires for his 1947 Oldsmobile.

“Today, I get to tap trees that weren’t even there when I started,” he says.

He was married to the love of his life, Donna, for 45 years, until she passed away in 2000, and he has five children and five grandchildren.

For more than 48 years, he has driven a school bus. “It beats working for a living,” he says.

Gaby served in the Army Reserve for 23 years, and his family’s service history dates back to the Revolutionary War. Yet it wasn’t until 1980 that Gaby’s interest in the Civil War was piqued while visiting the Ligonier Fall Festival, where he stumbled upon some Civil War artillery. He decided to become a Civil War reenactor.

“I’m usually in the Union Army,” he says, “But to make an event legitimate, it can go either way.”

Gaby, with some help, built a replica Civil War caisson, a two-wheeled carriage containing an ammunition chest that enables a field artillery piece to be towed by a team of six horses. The wheels and copper top were designed at Pioneer Village at the Indiana State Fair. Gaby has had the honor of driving his caisson in the funeral services for three World War II veterans.

The Indiana State Fair has been a part of Gaby’s life since he was a youngster. His first 4-H project, a beef steer, was in 1946 when he was just 10 years old.

“I remember when World War II ended and we got to start up the fair again,” Gaby says. “The fair shut down during the war.” He has been to every Indiana State Fair since then.

Now, Gaby calls Pioneer Village home during the fair, and he has an important daily job. At 9 a.m., after the raising of the U.S. flag and the singing of the “Star Spangled Banner,” Gaby fires a full-sized Hooper Civil War cannon.

The boom can be felt through your entire body. Birds scatter and giant clouds of dust rise from the fairgrounds. Your ears start ringing so you feel like the world has gone silent. Most attendees are from Pioneer Village and are dressed in period costumes, so while looking through the smoke, it is easy to forget what year it is.

Reflecting on his very full life Gaby jokes, “I don’t need to prove anything anymore. I just try to fulfill my responsibilities by the end of the night.”

To learn about other fair events and unusual Indiana State Fair traditions, visit www.in.gov/statefair or call (317) 927-7500.

TagscannonIndiana State Fair
← Previous Story
What is a Decker Melon?
Next Story →
Two Maids a Milking