Creating a Connection at Benton County’s Farm to Fork Dinner 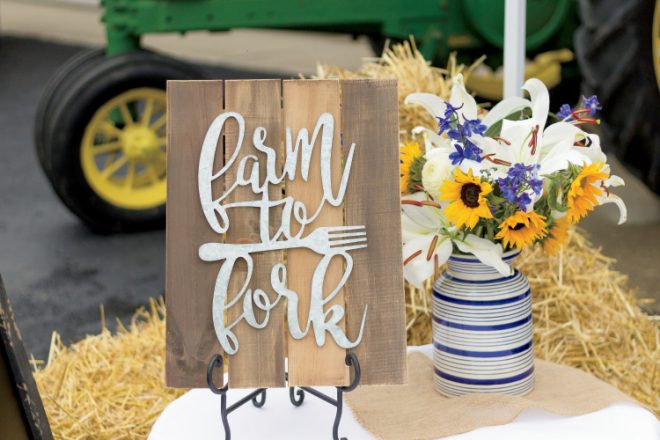 Oxford, Indiana, will be the site of a special event on Sept. 12: A dinner that will showcase local foods, promote the county’s farmers and benefit the Community Food and Service Co-Op.

“Everybody just thinks we sell insurance, right?” Cobb says. “We thought this would be a good way to highlight that there is something to Farm Bureau besides insurance.”

The first Farm to Fork dinner was held last year, and it raised money for the historic Fowler Theatre. 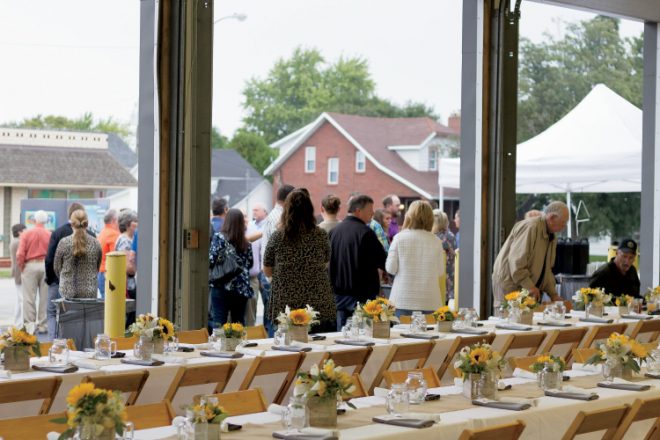 Thanks to Hurricane Irma, last year’s event was held inside the local firehouse instead of outdoors as originally planned. Photo by Twin Sisters Designs

“We wondered what would bring people together,” Cobb explains. “We thought this would have a nice, broad appeal.” It was even more successful than organizers had dared hope, Cobb adds. The original goal was to sell 50 tickets above and beyond the members of the organizing committee, but instead, they ended up with a sold-out crowd of 150 people and raised $6,500 for the theater.

While this year’s event benefits a different worthwhile cause, it will retain the elements that made the first event so successful, including an emphasis on local food (most of the food served at the dinner will be grown and donated by local farmers) and partnerships with other organizations and local businesses.

“The food was fabulous,” Cobb says.

The 2018 Farm to Fork dinner will be Sept. 12 in Oxford’s town square. You can find the invitation and other information about the event on Benton County’s Facebook page, facebook.com/BentonCountyIndianaFarmBureau.

“Everybody said they couldn’t wait until we did it again, so we’re doing it again,” Cobb says.