Be Ready When Storms Strike 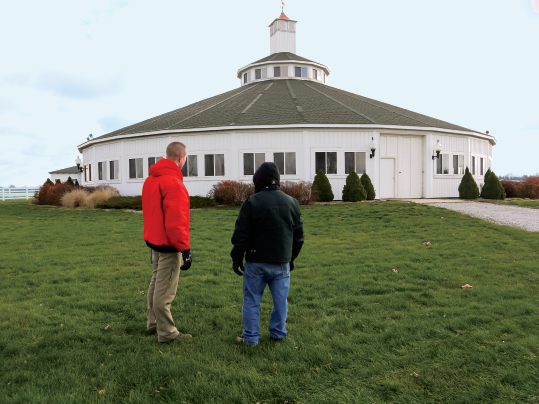 Sunday, Nov. 17, was a record-breaking day. Sadly, the record broken was the largest outbreak of tornadoes for the month of November in Indiana’s recorded history. The National Weather Service confirmed that 28 tornadoes touched down in Indiana, with the strongest being an EF-3 with winds 136-165 mph.

Because of the widespread destruction caused by so many tornadoes, Indiana Farm Bureau Insurance clients were affected in nearly 60 counties throughout the state. There were several homeowners and farm clients that suffered very severe or total losses.

“As claims professionals, we work with members who have suffered property losses every day,” says Karen Tiede, the insurance company’s director of claims. “But these storms caused such extensive damage throughout most of our state. It was really an unfortunate day for many of our members. Several families lost everything they owned.”

“We had customer service representatives, agents and claims personnel working immediately,” Tiede says. “Our first priority was to make sure everyone had temporary housing if they needed it. We had personnel working seven days a week and all throughout the holiday week to assist our clients as fast as we could. ‘After the unexpected, expect us,’ is our motto. We have an office in every county and had employees affected by the storms as well. We were there to help right away and I’m very proud of the service and dedication our staff delivered during this most recent weather response.”

Thankfully, all damage was limited to property; no lives were lost. The Nov. 17 storms were the third largest outbreak of storms ever in Indiana’s recorded history. The largest was June 2, 1990, with 37 tornadoes and second largest was April 29, 2011, with 29 tornadoes.