Willow by Greg Adams: Find Your Connection with Nature 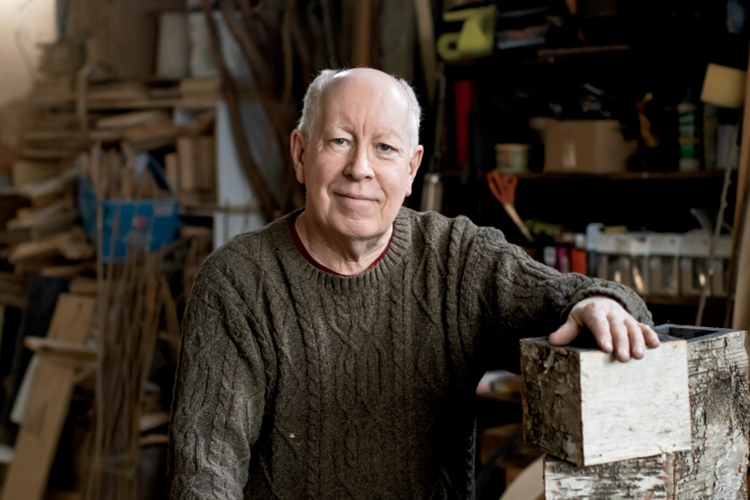 The willow furniture crafted by Greg Adams evokes an appreciation for Indiana’s heritage of self-sufficiency and its natural environment to all those who sit in it, walk under it or run their hands along its unfinished edges.

“People in Indiana are used to making their own things,” says Greg Adams. “It’s kind of part of history here. Back in the day, willow furniture was for people’s own use. It’s a lost art, like broom making.” He guesses only a few hundred people in the U.S., at most, practice this art.

Thanks to his father, a carpenter, Adams could “nail a nail by four years old,” but he didn’t start making furniture until later in life. The now-retired social worker first taught himself how to make willow baskets, then transitioned to furniture. “I developed my own style over the years,” he says. “If it works, I keep doing it. As I go, I learn what sells and doesn’t.”

His rustic style reflects the fact that, not long ago, the black willow the furniture is made of was thriving in a landscape of creeks and farms. “My pieces look like they’re grown out of the ground,” he says. “I’m a minimalist. I like what’s simple and elegant and won’t break down.”

Adams has traveled the art and fine craft show circuit, which took him to big cities around the eastern half of the U.S., where his work was well-received. “People in cities are cut off from nature to some degree,” he says, “and they’re hungry for it. But you don’t have to have a log cabin for my furniture to fit in. It works well in a modern setting.”

The Art of the Harvest

To harvest black willow, Adams knocks on farmers’ doors and asks if he can cut what he finds on their properties. He does the same for people with corkscrew and pussy willows on their property, which he uses for accents and trim.

This isn’t so different from how, as a child, Adams would knock on neighbors’ doors and ask if he could explore the woods behind their homes. “I’ve always been a fan of nature,” he says. He still fishes and hunts mushrooms and regularly collects the willow and other natural elements that form his furniture.

“Every year when I cut pussy willows, near March 1, I’m up in the tree and sandhill cranes fly over,” he says. “It’s the cycle of nature. I like wintertime, summer, spring and fall. I like it all.” 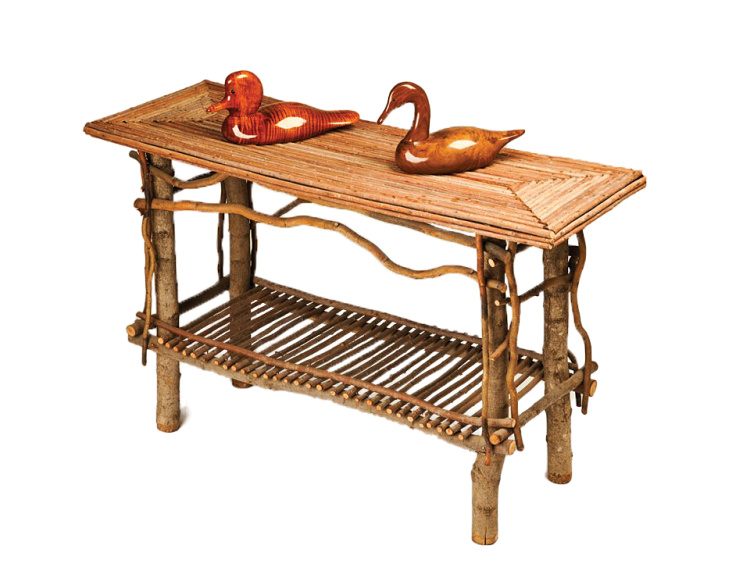 The seasons influence the rhythm of his work, which progresses in stages. First, he finds willows that are 2 to 3 inches in diameter and uses them to make the frames for multiple pieces of furniture at one time. Then he collects smaller, more flexible willows, trims them and attaches them. Since he works with fresh stems, winter’s cold weather is helpful – it keeps the willow pliable for a longer time, allowing him to ramp up production. This is in contrast to the summer, when the stems dry out more quickly.

In addition to furniture, Adams crafts arbors, trellises and wattle fences. For the fences, he drives posts into the ground and weaves willow between them. “It looks like it grew there,” he says.

This fall, he turned his attention to a different kind of project: creating giant spires of willow, woven into 16-foot-tall shapes like slender Christmas trees. He had previously made spires for Connor Prairie, the outdoor museum in Fishers.

Spring of 2019 marked 25 years since Adams settled into his old storefront in Lapel, about 45 minutes away from downtown Indianapolis. Lapel might be off the beaten path, but that doesn’t keep visitors away.

“I get a lot of people that are exploring Indiana,” Adams says. “If you’re out for a drive, come here.”

His shop is hard to miss, with its big (likely open) front door sporting the Indiana Artisan logo and with all kinds of raw materials leaning against the wall outside. Inside, the old tin ceiling is still in place, and at this time of year, the woodstove is fired up.

Visitors can watch Adams work as they peruse the pieces for sale. “I might be chopping or hammering,” he says. “They can see the process … the tree, the pieces, then the finished product.” Here, the connection becomes visible between the everyday object and the natural material that makes it. 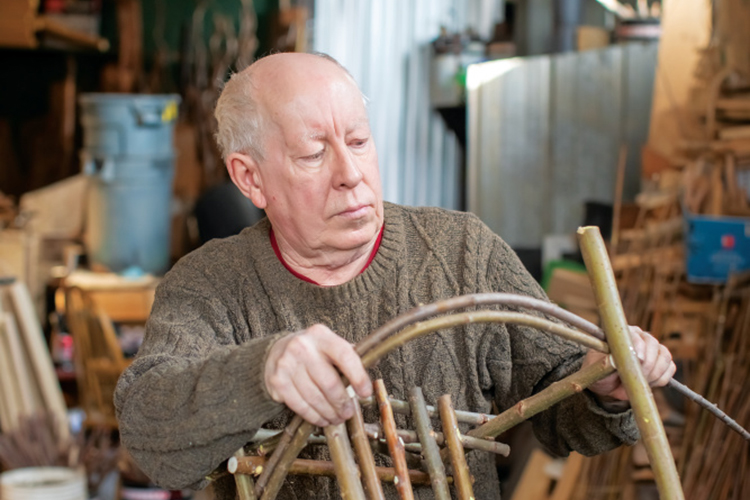 It’s easy to see how much Adams enjoys his work. “When you put a little love into what you do, it shows,” he says. That’s worth the trip – and it’s what makes his willow furniture last.