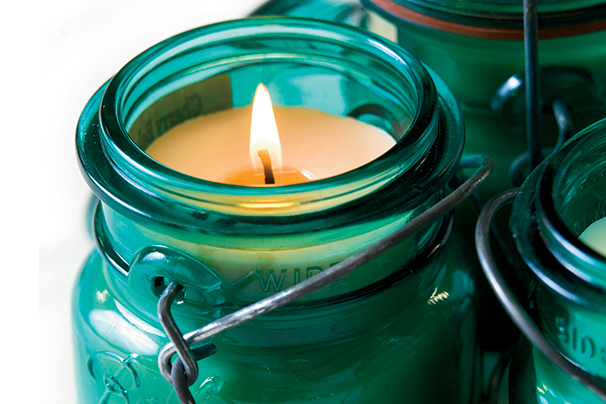 Fragrant candles cast welcoming, warm radiance in today’s homes – thanks to the small but mighty soybean.

The farmer-funded Indiana Soybean Checkoff, the research and promotion arm of the ISA, sponsored the development of Harvest Lights candles. It began with replacing petroleum oil with soybean oil, derived from Indiana’s No. 2 agricultural commodity.

Carol and Bill Gardner, originally of Richmond, had been making petroleum-based candles since 1993. Five years later, they heard about ISB’s soy candle development and sent samples of their candles to ISB’s product promotion manager Randy Smith, who asked them to work on a soy formula to mass produce candles.

“We fine-tuned the soy candle formula and began producing the candles in 1998 with the product’s first launch to be at the Indiana State Fair in 1999,” Carol Gardner says. 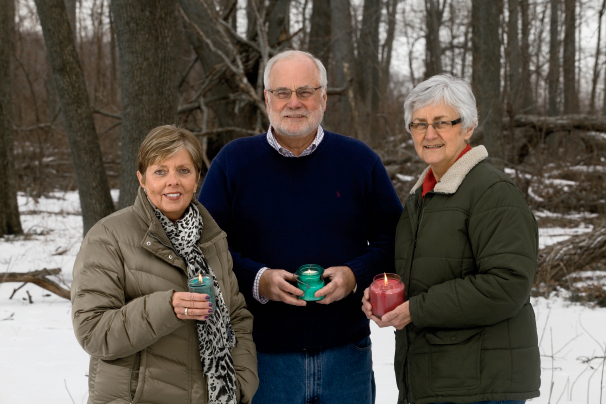 When Bill passed away prior to the fair, Randy Scruggs, family friend and now business partner, helped Carol complete the fair order. “We made 150,000 sample candles in 1- and half-ounce jars and 30,000 each of 4- and 8-ounce jar candles in black cherry, cinnamon, lemon, blueberry, clover and vanilla scents,” Gardner says. “All of these were made in our three-car garage.”

After several years, Smith purchased the Harvest Lights business from the ISB and eventually sold it to Fred and Helen Henderson of Sharpsville. The Hendersons, who were familiar with one of ISB’s other successful ventures, the Soybean Science Kit used in schools, launched another business, Pick ’n Pack, to fulfill both kit and candle orders.

“The soybean candle has come quite a long way,” Fred Henderson says. “In the beginning, Harvest Lights was the only soybean candle, to ISB’s credit. Now soy candles are produced and distributed all across the country. We have adhered to the original formulas and can claim the ‘original soybean candle’ title. The only changes we have made over the years have been in containers and fragrances.”

“Our candles are cleaner burning – made from soybeans, a naturally renewable resource – and offer people that have allergies to petroleum a healthier option with no side effects,” he says. “They also leave no sooty residue and have a lower melting point, which allows the candles to scent a room more quickly than traditional candles.”

Soy wax, unlike petroleum-based wax, is not available in craft or supply stores, according to Gardner.

“We still use the original blend in production so we could be considered more of a high-end soy candle,” she says. “The candles are also packaged in attractive containers.” 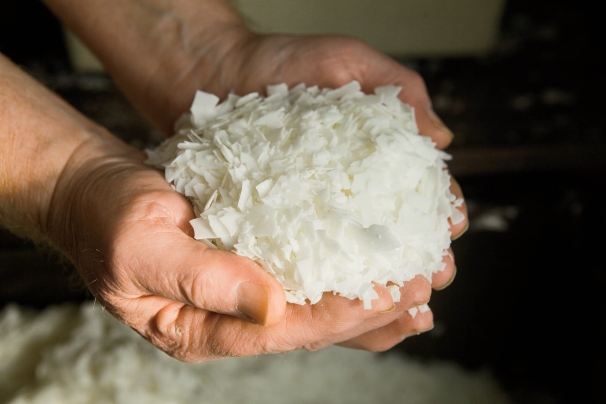 Harvest Lights are offered in an array of sizes, fragrances and containers certain to match any room’s décor. The 4-ounce and 8-ounce “Traditions” line of candles is packaged in traditional glass canning jars. The 11-ounce “Visions” come in various stout glass jars, while “Heritage” is featured in old-fashioned canning jars complete with wire bale closures and glass lids. Soy melts, wax bars that snap off into miniature squares for use as flameless air fresheners, sell very well, as do gift packs and votives.

The candles are primarily sold through harvestlights.net but are also available through fundraisers. “We offered Harvest Lights in the FFA Pavilion at the Indiana State Fair this year, and continue to offer them as fundraisers for other groups,” Henderson says. They also occasionally do trade shows and special events.

“I think the soy candle, along with the development of other early soy-based products, have definitely been effective in the awareness and creation of additional uses for soy,” Henderson says. 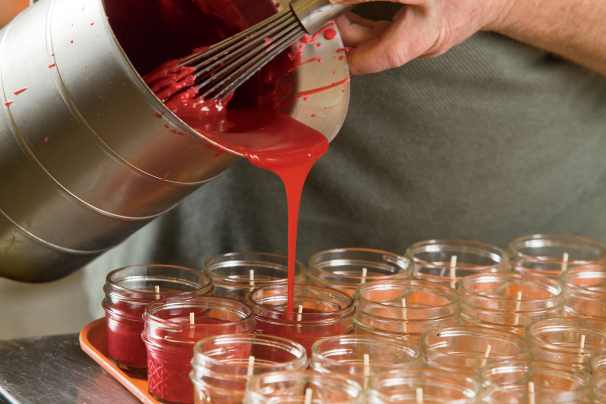 Soybean uses burst onto the Indiana scene through Purdue University’s Student Soybean Innovation Competition, which launched in the mid-1990s. A Corn Innovation Competition has since been added. The soybean event allows students to use their abilities and creativity to develop innovative new products made from soybeans.

“These contests benefit corn and soybean farmers just as much as they benefit students,” says Jane Ade Stevens, CEO of the Indiana Soybean Alliance and Indiana Corn Marketing Council.