Hoosiers is Still a Slam Dunk 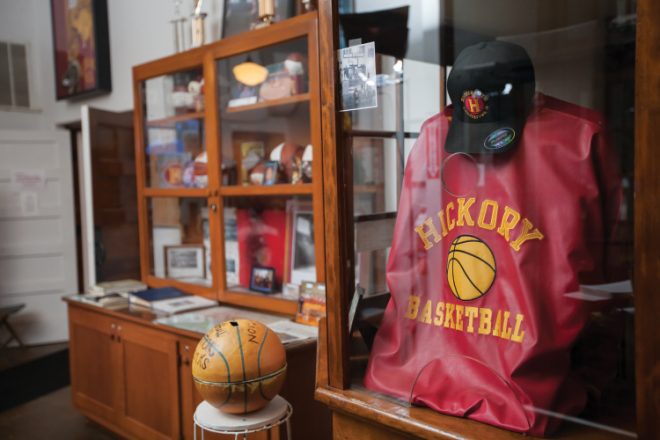 It was 30 years ago, but Roselyn McKittrick remembers it like it was yesterday. A customer who was in town from Los Angeles suggested that she needed a poster of the just-released Hoosiers movie for her Milan restaurant. She agreed with the visitor but wasn’t sure how to get one. It turns out, she didn’t have to look farther than her mailbox.

“That gentleman sent me one when he returned to California,” says McKittrick. “It’s just one story in a long line of stories about how the movie touched people across the country and brought them to our small town.”

Hoosiers, released in 1986, tells the story of the Hickory Huskers, a basketball team in rural southern Indiana, and their road to winning the state championship. Though fictional, the Hickory team was inspired by the Milan squad that took home the state trophy in 1954.

“It’s a movie that’s all heart,” wrote film critic Roger Ebert when the movie, starring Gene Hackman, Barbara Hershey and Dennis Hopper, was released. McKittrick says that “heart” is what captivated the movie’s audience. It’s also what continues to bring visitors to the Milan ’54 Museum. 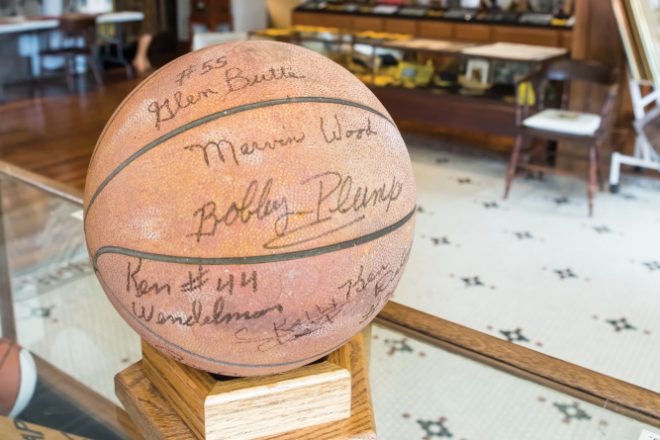 “The story of the championship was a point of pride for our town long before the movie,” says the Iowan who moved to Milan two years after the victory. McKittrick began collecting team memorabilia and displaying it in her antique shop. After the success of Hoosiers, she expanded her collection to include items from the movie as well.

Today, the collection has a permanent home in downtown Milan. You can spot the museum by the basketball awning over its door. It’s a place where McKittrick and a team of dedicated volunteers ensure that visitors can still connect with the pride, nostalgia and heartwarming story that the Milan and Hickory stories represent.

Indiana’s basketball roots run deep, so the state was a natural setting for Hoosiers. But the connection actually runs even deeper. The movie’s screenwriter, Angelo Pizzo, was raised in Bloomington, and producer David Anspaugh is a Decatur native. Both are also Indiana University graduates. 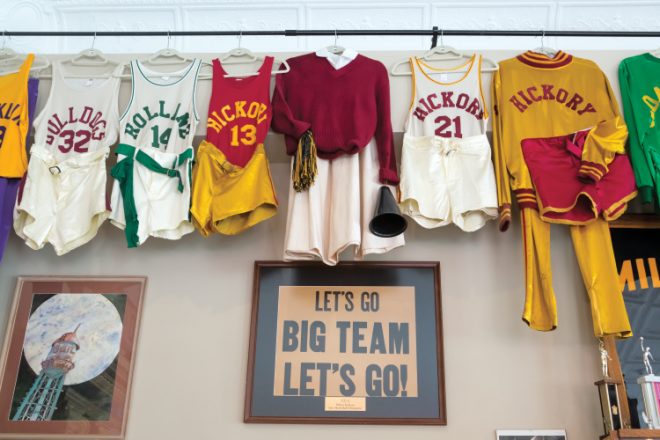 Many Indiana venues played prominently in the movie as well. Scenes of the fictional town of Hickory were shot in New Richmond. The state championship game was filmed at Butler University’s Hinkle Fieldhouse – the same location where the 1954 Milan team won the title. To fill the field house for that scene, Broad Ripple and Bishop Chatard high schools in Indianapolis were invited to play an actual game there. Fans dressed in 1950s-era clothing to cheer them on appeared as extras in the movie.

But perhaps no place in Indiana continues to be more tied to Hoosiers than Knightstown, where a vintage gym was used in the filming of the movie. The crew spent 33 days filming in the town, which is east of Indianapolis and has just over 2,000 residents.

“Without Hoosiers, our gym very likely would not be here,” says Neil Shaneyfelt, president of the Hoosier Gym Community Center in Knightstown. He explains that before the movie, the town was considering demolishing the then-65-year-old gym. “The movie gave it new life. Now it’s used as a community center in addition to being available for visitors who want to see the gym used in the movie. It’s representative of every little gym in the Midwest, so the older generation can reminisce about days gone by and young people can develop an appreciation for where basketball got its roots.” 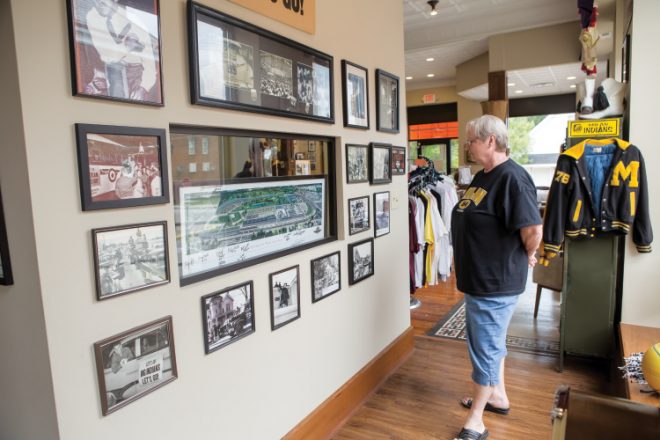 In the state where basketball enjoys a strong tradition, it comes as no surprise that the movie was a hit. But Hoosiers enjoyed success far beyond Indiana. The film received praise from moviegoers and critics alike, and earned two Academy Award nominations. Many moviegoers include it in their list of best sports movies ever made. Even the Library of Congress agrees, selecting the movie to be preserved in the National Film Registry because of its cultural significance. It is one of just 700 movies to receive this distinction.

Hoosiers continues to leave a legacy in the state as well.

Since 2005, the Hoosier Gym has been the site of the annual Hoosiers Reunion All-Star Classic, which features some of the state’s best basketball players. The two All-Star teams dress in vintage uniforms displaying the names of the teams in the finals of the Hoosiers movie – Hickory and Terhune.

And high school basketball players aren’t the only ones. During the 30th anniversary year, the Indiana Pacers took a page out of the Hoosiers playbook, too, dressing in Hickory uniforms for 10 games last season.

“For Knightstown, the movie was responsible for saving a community asset,” says Shaneyfelt. “And around the state, it still plays a role in continuing the proud legacy of Indiana basketball.” 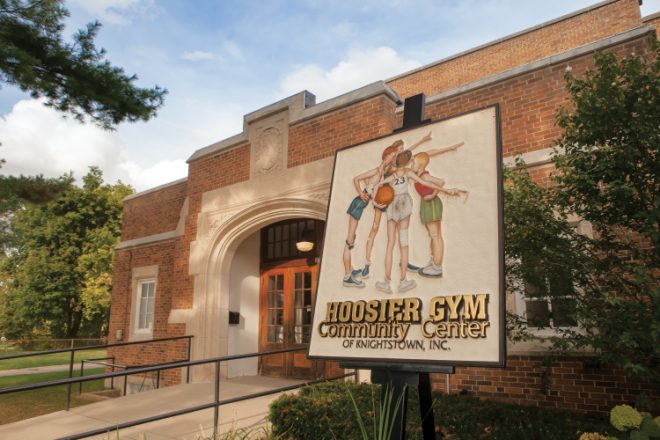 Hoosiers fans can relive the movie at the Hoosier gym at a special 30th anniversary celebration on Sept. 16 and 17. Catch a free showing of the movie on Friday on a big screen in the gym, and enjoy a banquet on Saturday featuring a Q&A with the writer and producer of the movie, as well as any actors in attendance.

The public is invited to join in on the fun. Tickets to the banquet are available online at thehoosiergym.com.

The Hoosier Gym
355 N. Washington, Knightstown
Open every day from 9 a.m. to 5 p.m., except on holidays and during special events.
Call 800-668-1895 to confirm hours of operation or to schedule group tours.
No admission cost; donations accepted