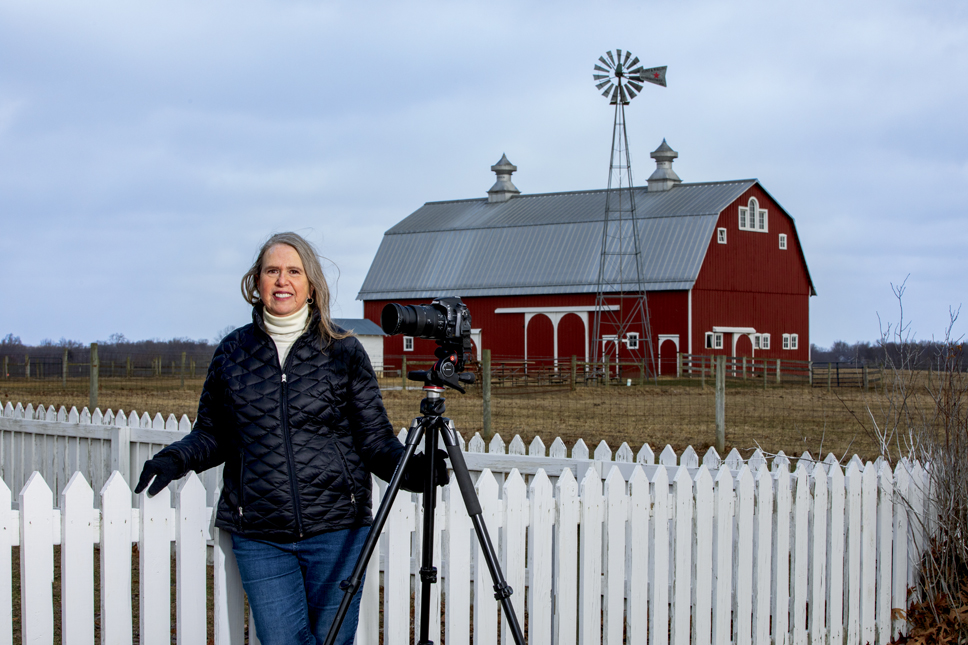 When Marsha Williamson Mohr was 11 years old, her family took a monthlong trip, traveling from West Lafayette through the southern plains to Arizona, California, Yellowstone National Park and the Grand Tetons in a 1960 International pickup with a homemade camper attached. Mohr took her Kodak Brownie camera, shooting black-and-white pictures of the national parks and other nature scenes she watched pass by her window on that 8,000-mile trip.

“I had an infatuation with U.S. geography,” Mohr recalls. Her knowledge earned her the job of official navigator for the family’s trip. When they returned to Indiana, Mohr entered some of her images in the 4-H photography competition at the county fair, where she brought home a blue ribbon.

She was hooked on photography, although the yearning would lay dormant for several years. She married her high school sweetheart and went to Purdue to study nursing. Eventually, however, she could afford to buy a nice camera, and a friend who had taken photography classes volunteered to demonstrate aperture settings and film speeds. Mohr began pursuing photography seriously in the 1980s while still working as a nurse. When some of her photos were accepted for publication in magazines, she realized she needed to distinguish her work from other nature photographers trying to publish in the same places. 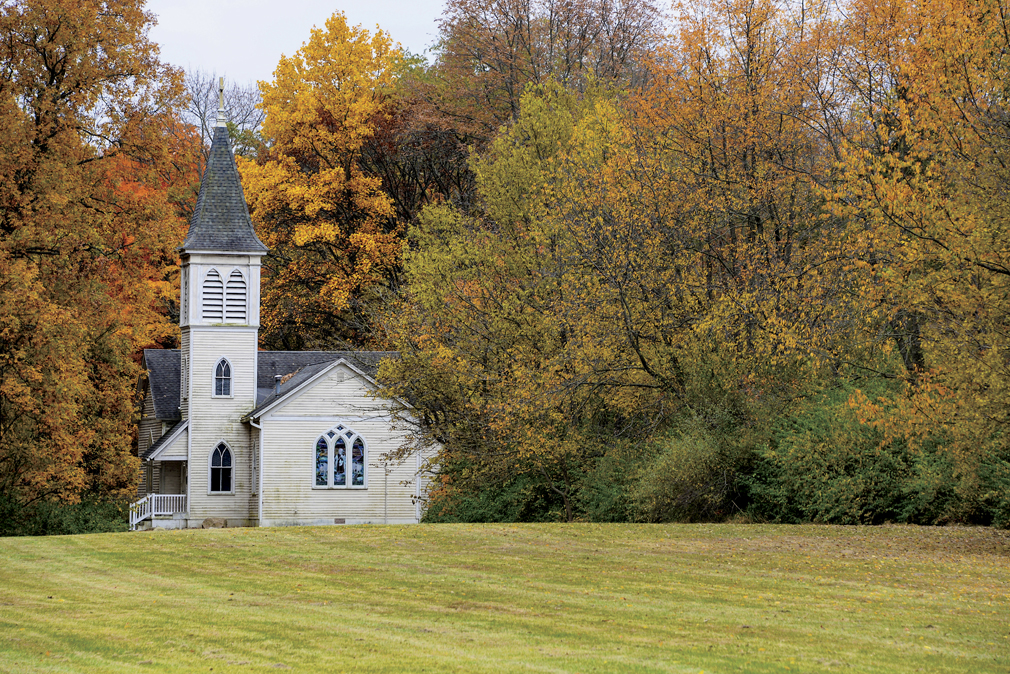 “Most photographers submit nature by way of mountains, waterfalls, that kind of thing,” says Mohr, who lives in West Lafayette. “Barns and rural scenes set me apart, I think.”

Those rural scenes became Mohr’s calling card, so to speak, and remain her favorite subjects to shoot. They’re also the most difficult, in her opinion. “It has taken years and years to develop that perfect composition,” she says, of balancing a fence, a lane and a farmstead symmetrically within the frame.

She traces her love of nature to her father, the late Maurice (Mauri) Williamson, the former executive secretary of Purdue’s Agricultural Alumni Association and founder of the Pioneer Village at the Indiana State Fair. “Agriculture was his life,” Mohr says. “He always had his heart for rural country.”

It was Mauri who first took Mohr to Parke County’s Covered Bridge Festival in its earliest years, “before it was really even a festival,” she quips. Years later, the bridges would be the subject of Mohr’s fourth book of photography, Parke County: Indiana’s Covered Bridge Capital. 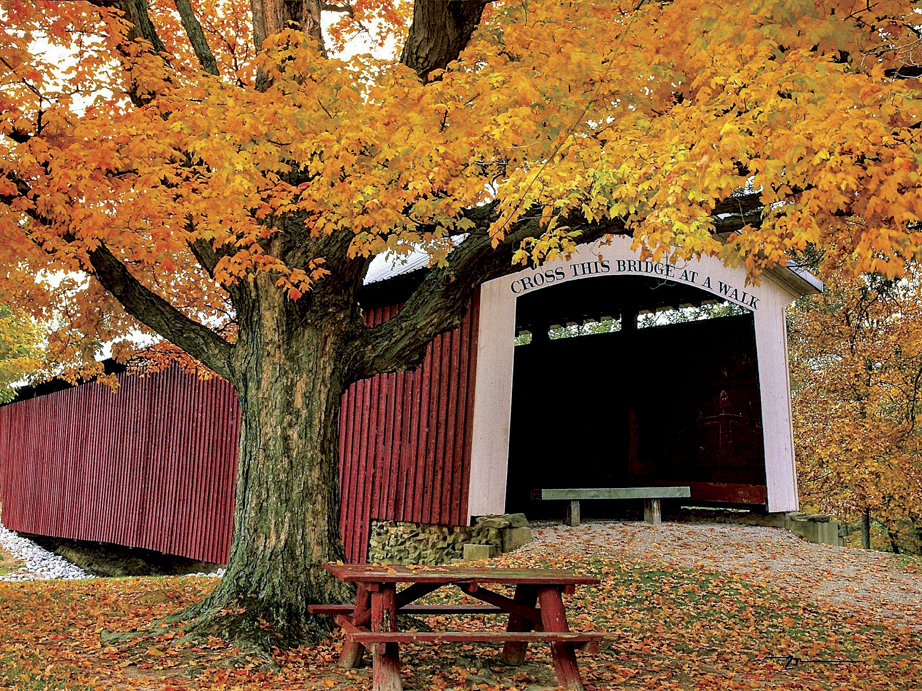 Mohr says Parke County is her favorite place not only in Indiana, but in the world. “I’m just obsessed with it,” she says. “It’s stayed very rural, with these little, skinny gravel roads that pass through woods and over a ridge, and then this valley of fields opens up and off in the distance you see a covered bridge. I hope it always stays this way.”

Her other books of photography include Indiana Barns and Indiana Covered Bridges, both of which won IPPY awards. Her most recent book, Indiana’s Wabash River Valley, follows the state river from its beginnings in Ohio to Posey County through nearly 500 scenic photos. Her work has been published in national magazines, postcards, calendars and catalogs. She’s been awarded the designation of Indiana Artisan, which recognizes Hoosiers at the top of their respective crafts, and she was one of 25 photographers from around the world selected as a winner in the annual “Chasing the Light” juried photo competition. 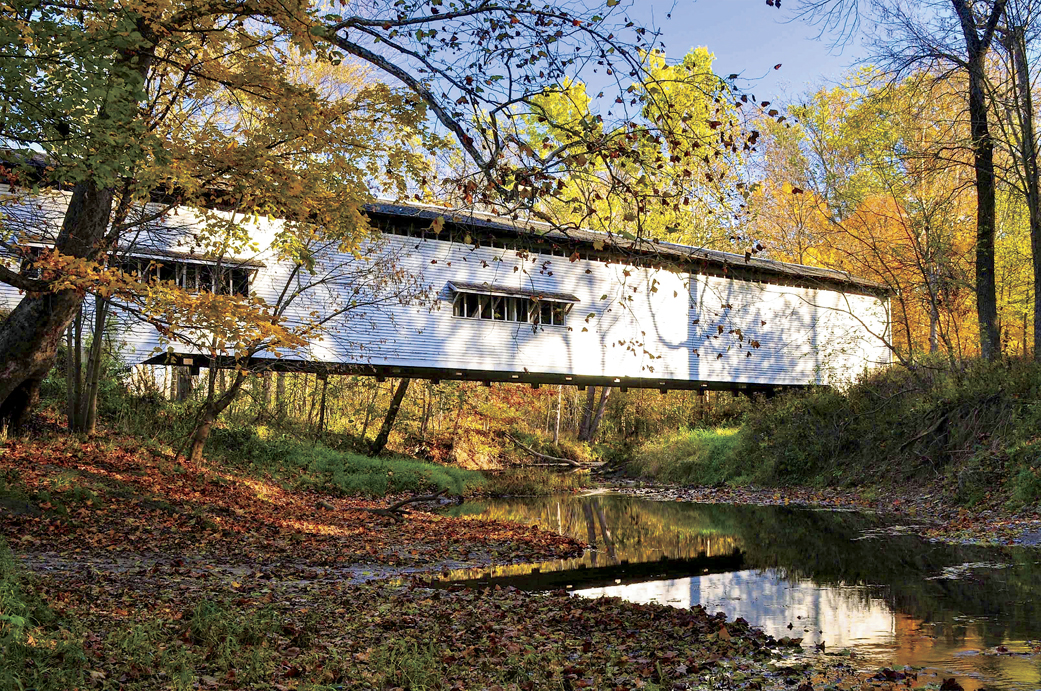 Her next project takes advantage of the thousands of images Mohr has taken over 30 years. She’s photographed 103 Indiana subjects in all four seasons. These subjects range from barns, covered bridges, fields and isolated trees to lakes, vistas and mills; they’re like old friends to Mohr.

Her husband, Larry, shares her passion for the outdoors, and they love to camp, hike and ski together – pursuits she’ll have a little more time for now that she has retired from nursing. One place you won’t find her, though, is behind the camera
at a wedding or reunion. 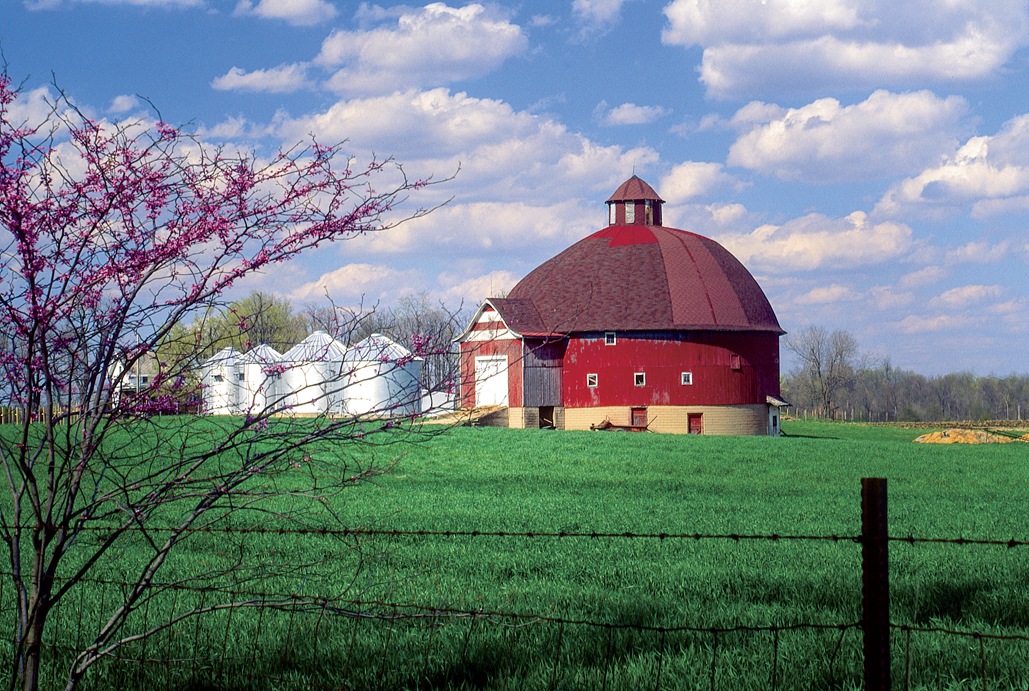 “I do not like taking pictures of people,” she explains. “I guess I’m too shy, and you just have to have a certain personality to be good at taking photos of people.”

So, Mohr will stick with barns, bridges and mills as her subjects. They don’t fidget, need to sit down or critique the finished photo. And to Mohr, they are always beautiful.