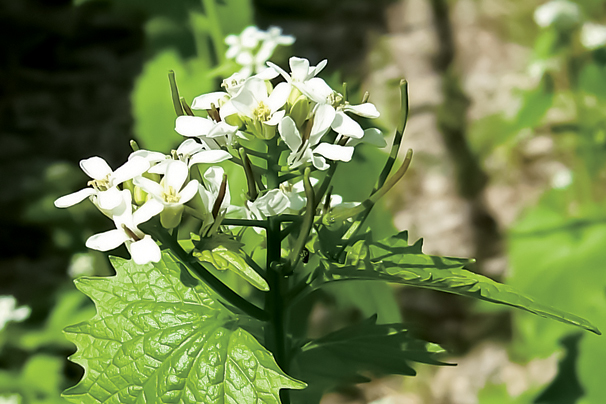 Remember the old movie The Blob? It ate everything in its path! Though it may sound like science fiction, we have alien plants doing just that – choking out everything in their paths and destroying our natural areas. Called exotic or alien invasives, these plants come to us not from outer space but from other continents.

Emigrating Europeans inadvertently included some weedy plants in grain seeds and animal feed when bringing them to the United States. Kudzu was brought to control erosion, but now it climbs over trees and shrubs, growing so rapidly it kills them by heavy shading. Other alien vines, such as Japanese honeysuckle and Oriental bittersweet, do same thing.

Wanting cheap, easy-care plants, some landscapers use alien Asian bush honeysuckles, burning bush and privet, which have no disease or insect enemies in the United States and will outlast their warranty. These shrubs often spread outside of regular cultivation and devastate native plants.

Purple loosestrife and dame’s rocket were originally used as ornamentals in gardens. Now known to choke wetlands, purple loosestrife is illegal to buy, sell or plant in Indiana. Dame’s rocket, a member of the mustard family, is toxic to Pieridae butterfly larvae, resulting in great loss to that species. The same goes for garlic mustard, a container plant herb used in cooking that often escapes into the wild and harms our spring natives.

Another problem over the years was caused by errors in plant advice. Autumn olive was sold in wildlife packets (it was thought to be good for birds, but the berries are actually low in lipids and are therefore just junk food to them). Multiflora rose was hailed as an impenetrable fencerow plant. Now, these two shrubs roam freely as the birds spread the seeds everywhere.

Our government spends millions of dollars each year to eradicate the alien invasive plants from our forests, wetlands and prairies. We landowners are faced with the same problem.

Fall is a great time to attack. The undesired invasive aliens remain green long after our natives have gone dormant in autumn. Effective measures include spraying with an herbicide or cutting the shrub and painting the stump with herbicide.

Fortunately, most alien plants are well behaved and blend into our landscapes. But before you plant new landscaping, be a good steward and choose a native alternative to the bad boys. Our ecosystem needs a balance where plants, insects, birds and animals can thrive from a diversified habitat.