The moon is one of the earliest agricultural aids and many gardeners today are turning to the moon for sage advice on the best time to plant, prune, weed and harvest. 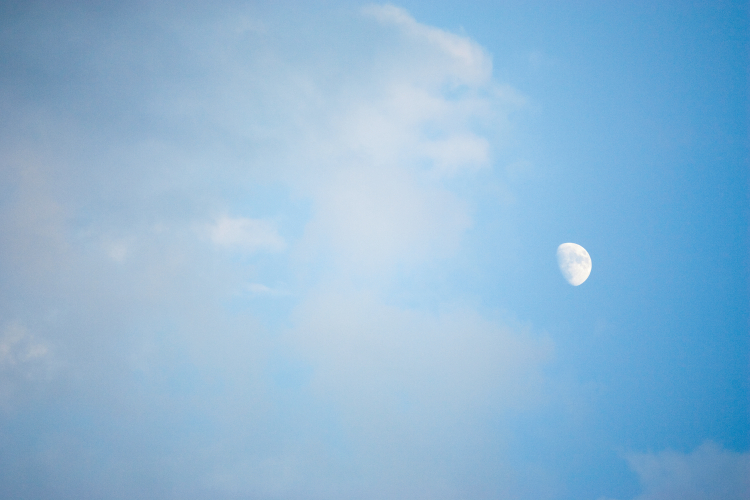 The moon moves through a complete cycle approximately every 29 days. The cycle is divided into four quarters. The first two quarters are during the waxing of the moon, and the moon changes from the new moon to half full, and from half full to full. During its waxing, the moon rises toward its full status and its gravitational pull influences the tides. Everyone knows tides are exceptionally high during full and new moons.

However, everyone does not know that the moon’s gravity also affects underground water tables. So if you plant while the moon is waxing, the water table is rising and water is more easily available to new plants. The abundant moisture encourages seeds to swell and burst into life quickly. During the first quarter, moon gardeners plant leaf crops that produce seed on the outside of the plant, such as broccoli, lettuce and corn.

As the moon heads toward the second quarter, the moonlight becomes stronger, creating good leaf growth and enhancing germination of light-requiring seed. The best crops to plant at this time are those that produce seeds within their fruit, such as tomatoes, peppers, beans, cantaloupes and watermelons.

During the third and fourth quarters, the waning moon goes from full to half full, and from half full to a new moon. As the moonlight decreases, the water table drops, and plants put their energies into their roots. The third quarter is when moon gardeners plant root crops such as turnips, carrots, onions, potatoes and radishes.

The fourth quarter is considered the dormant period. It is a good time to prune plants, as less sap will flow out of the cut ends. It also is the ideal time for weeding and cultivating the soil.

Moon phases may have an effect on the quality of harvest, too. Since water is more abundant during a waxing moon, plants will be loaded with plenty of water, nutrients and those essential oils that result in flavor. Fruits will be juicier and leafy vegetables and herbs more flavorful when picked during a waxing moon. Crops that require storage, such as roots, are best harvested during a waning moon.