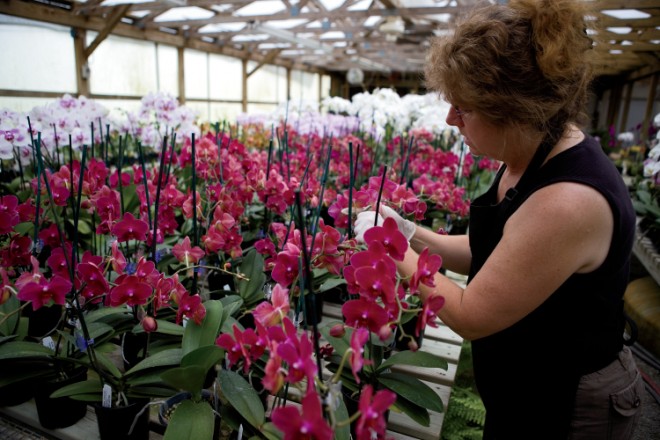 Walking into the greenhouse at Hilltop Orchids in Cloverdale is like being greeted by 70,000 happy children. And Dick Wells is the proud papa.

“When people walk into our greenhouse, the first thing they usually say is ‘Wow!’ ’’ says Wells, orchid expert and owner of Hilltop.

Wells has felt the “wow” of orchids for more than 50 years – since he was just 17 years old. “A friend of mine opened the door to 650 orchid plants he was growing in a 12-by-12-foot greenhouse in his backyard in Indiana,” he recalls. “I had never seen an orchid before, except for corsages, and I was amazed.”

Wells immediately began saving the 60 cents an hour he was making at the local dairy bar, eventually scraping together enough to buy his first orchid plant. “It was $40! Funny thing is, you can get that same plant today for $30 or $35 all day long, but it was $40 in 1954,” he says. 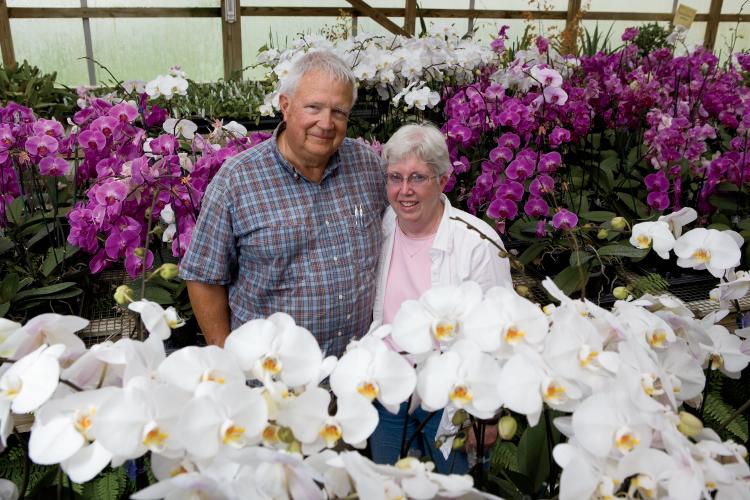 Though Wells graduated from Citadel Military College of South Carolina and went on to a 30-year career with Allstate Insurance, his fascination with orchids continued to bloom. What began with an 8-foot by 10-foot greenhouse is now the largest orchid-growing operation in all of the Hoosier State. Hilltop Orchids began selling plants in 1991, and Wells retired from Allstate three years later to pursue his passion full time.

Today, Hilltop offers a variety of orchids, most grown from seeds, which Wells starts in a carefully controlled lab. Seedlings take years to grow under special incubation, and as they grow, classical music plays around the clock. Hilltop creates 50 to 100 new hybrids each year, for which he has earned more than 70 national awards. 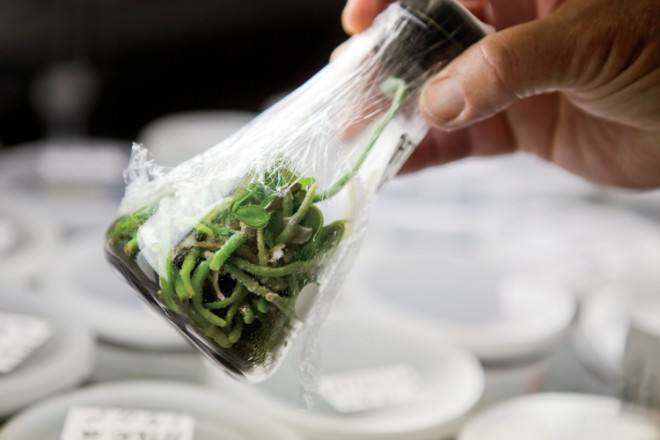 Beyond the awards, customer service is top priority at Hilltop. Wells recounts a story of a customer who visited one Christmas Eve. “He was coming from St. Louis for Christmas gifts and had trouble getting here. He arrived at midnight, we went out to the greenhouse where he picked out his gifts, and he left at 2 a.m. on Christmas morning.

“That’s what I mean by customer service,” he says. “We live 60 feet from the greenhouse, and if we’re home, we’re open,” he says. 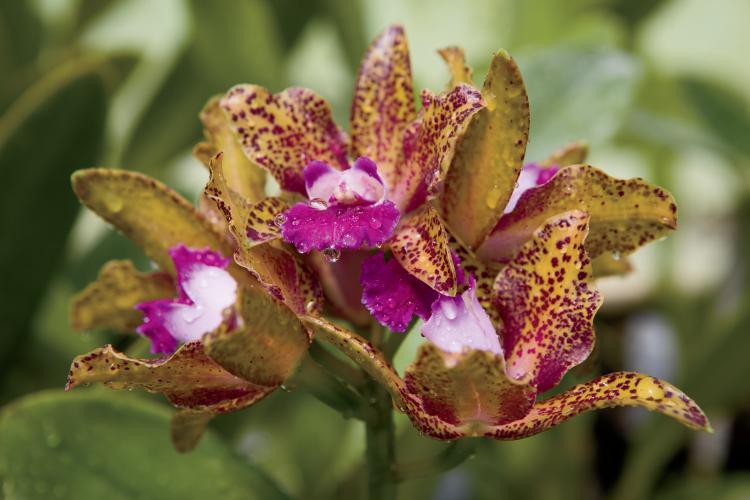 Stop and Smell the Orchids

Hilltop has four connected greenhouses, providing just under a quarter of an acre under cover, and sells up to 35,000 orchids each year through on-site retail, wholesale purchases and online. The website helps nationwide buyers choose plants by color (plus stripes or spots), genus, size, price range and even fragrance. “Some of the fragrances are just wonderful,” Wells says. “Some smell like lilac. We have an oncidium that smells like chocolate.”

The fragrances attract pollinators, he explains. Yet in the controlled environment of the greenhouse, Wells does the pollinating by hand, allowing him to produce new varieties of plants. “I’m the big bumblebee in the greenhouse,” he says. 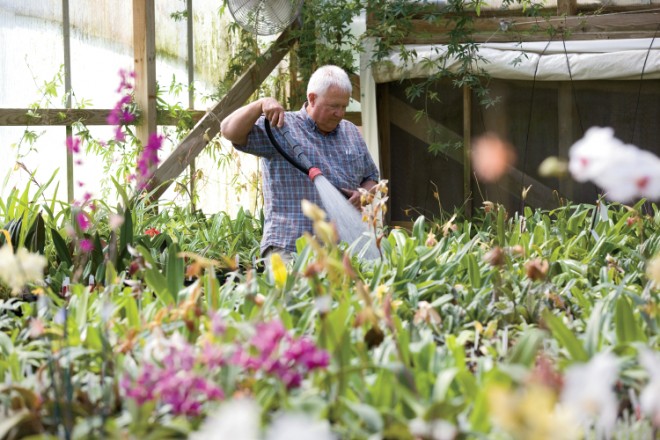 Hilltop offers greenhouse tours and education. Wells is a guest lecturer for regional universities and hosts frequent tours for the National FFA Organization. “People are attracted to the unusual blooms of orchids. Many think they’re delicate or difficult to grow, but they’re not,” says Wells. (See his simple orchid-growing tips.)

Up to 42 orchid species are indigenous to Indiana, though not the greenhouse varieties offered at Hilltop. Most of its orchids spend several years in the greenhouse before they’re sold. Orchids are fully mature – that is, reach maximum bloom – at five to seven years, and most can live 15 to 20 years, according to Wells. “Whatever it takes to grow an orchid, we have it right here,” he says. “We offer the products as well as our guidance and enjoy what we do.”

TagsCloverdale IndianaflowersHilltop Orchidsorchids
← Previous Story
Orchid-Growing Tips From the Expert
Next Story →
Lilies, Caladiums and Other Bulbs Brighten Your Garden