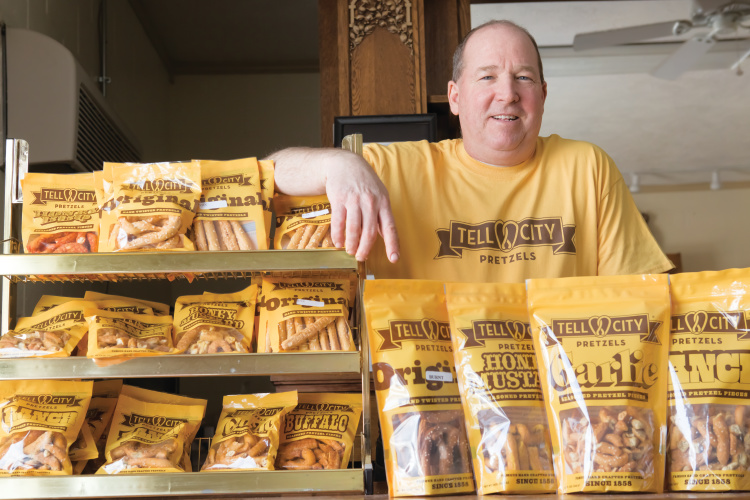 When Brad Smith couldn’t find his favorite pretzel snack in his local grocery store, he took it a step further to guarantee the salty morsel would be available: He bought the company. Smith and his wife, Sandy, now own Tell City Pretzels, which has been a southwest Indiana staple for over 100 years.

“I ate the pretzels growing up, like a lot of people in southwest Indiana,” says Smith, who has a background in real estate and snack food distribution. “One day my wife went to the store to purchase them, and they weren’t there. The store manager said he didn’t think the company was in business anymore. My wife went on the Internet to see if she could find them online, and it took her to a website that said the company was for sale. I guess one thing led to another. About a year later, we owned the place.”

That was in 2009, but the famous pretzel actually originated in 1858, when master baker Casper Gloor emigrated from Switzerland to Tell City. He brought with him a secret recipe for a pretzel that became a favorite. The recipe was passed down to Gloor’s loyal baker Alex Kessler, who then passed it down to his sons. Smith inherited the recipe when he purchased the company and says he took steps to ensure the pretzels, which are still twisted by hand, would continue to be made the same way. 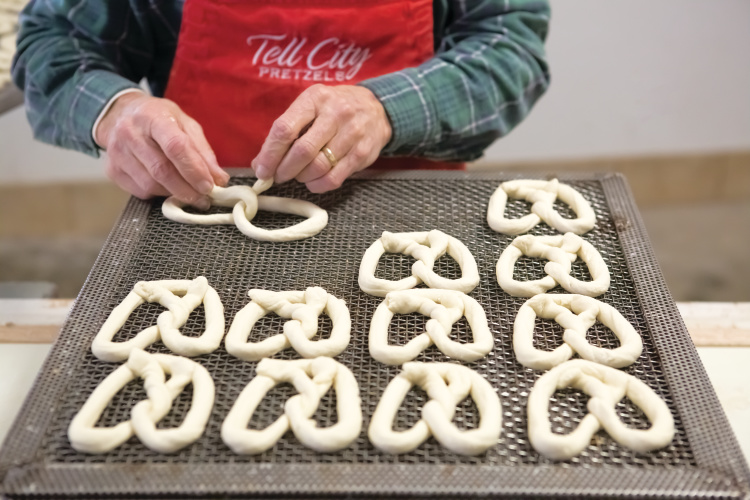 “For one thing, I already had a customer base. It wasn’t like selling Brad’s pretzels,” Smith says. “It was the Tell City pretzel, and we were careful to make sure it didn’t change. We had some people who had made the pretzel years ago come in and make sure that we were actually doing it right. It’s just so different from any other pretzel.

“The No. 1 thing that makes it so special is the crunch. It just has a unique texture and crunchiness to it. It’s harder and crunchier than any sourdough or Dutch pretzel. That’s really what sets it apart.”

While the original recipe has remained unchanged, Smith has added nine new flavors to the company’s product roster, including the bestseller honey mustard and Smith’s favorite, cheddar.

“We get a lot of suggestions from our customers,” Smith says. “We’re trying a Sriracha pretzel now, and we’re also testing a caramel flavor and beer mustard. We’re even testing a bacon flavor.” 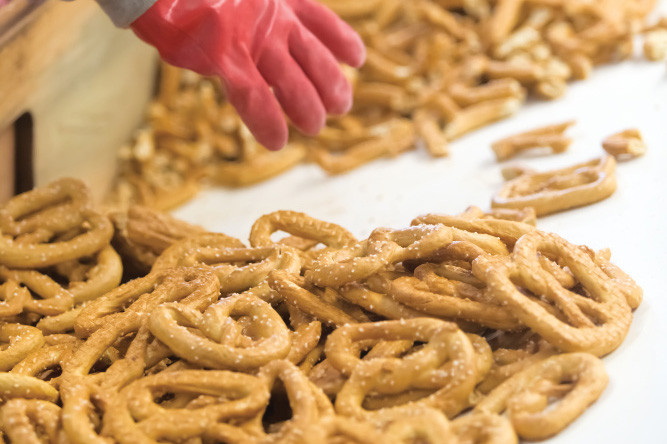 Since taking ownership, Smith has also expanded the brand to regional and national supermarket chains, including Rural King farm stores.

“I’m a pretzel snack eater, and I’m particularly fond of the Tell City pretzel, so I always wondered why [the brand] had not gained a wider acceptance [outside Indiana],” Smith says. “I really just saw the opportunity with it, and now we’re shipping a lot of pretzels outside the Midwest – places like Atlanta.”

Tell City Pretzels remains a favorite of locals and tourists alike. The factory store in Tell City – which sits an hour east of Evansville along the Ohio River Scenic Byway – welcomes hundreds of visitors each year for samples and to tour the factory. 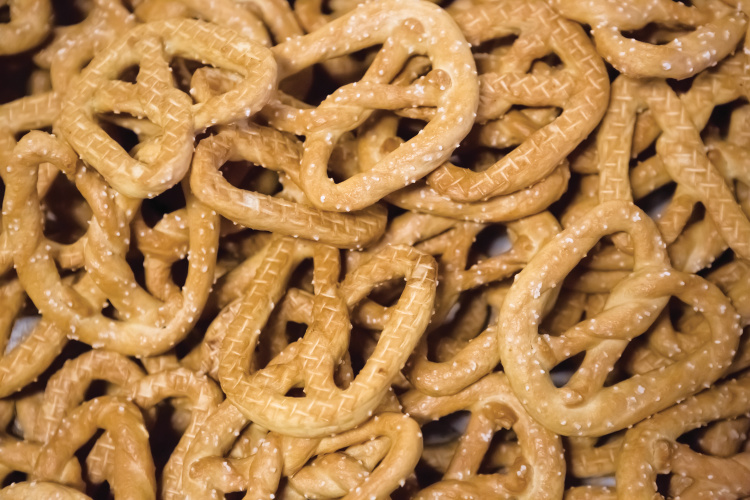 “Anytime somebody comes into town, whether it’s on business or visiting relatives or just passing through, they stop in,” Smith says. “We have a lot of salespeople who come in to buy pretzels for an account they’re trying to get, and we get a lot of tourists who come over from the resort in French Lick or families on vacation at Holiday World.”

Indiana Artisan is Hoosier Made

Smith says he believes it’s important to keep the Tell City brand going since it’s so significant to the town’s history.

“It’s really not my pretzel; I’m just carrying it on. There’s a great sense of pride for the town of Tell City to know there is a good product with its name on it, and then to also have that name carried throughout the Midwest and the country,” Smith says.