A local institution, Martinsville Candy Kitchen’s history is just as sweet as its confections.

According to co-owner John Badger, the old-fashioned candy store, soda shop and ice cream parlor in southern Indiana had something of a rebirth in 2004. That’s when he and his wife, Pam, made the decision to purchase it from the owners at the time, who were ready to hang up their aprons.

The shop had been in town for years, John says, and they didn’t want to see it go. Put simply, nostalgia pulled at their heartstrings, and before they knew it, they were the new owners of a Martinsville treasure.

The couple spent a month learning the recipes and techniques passed down from owner to owner since the shop’s opening in 1919. Their first candy canes were red, white and blue – fitting for their July debut as candy makers. 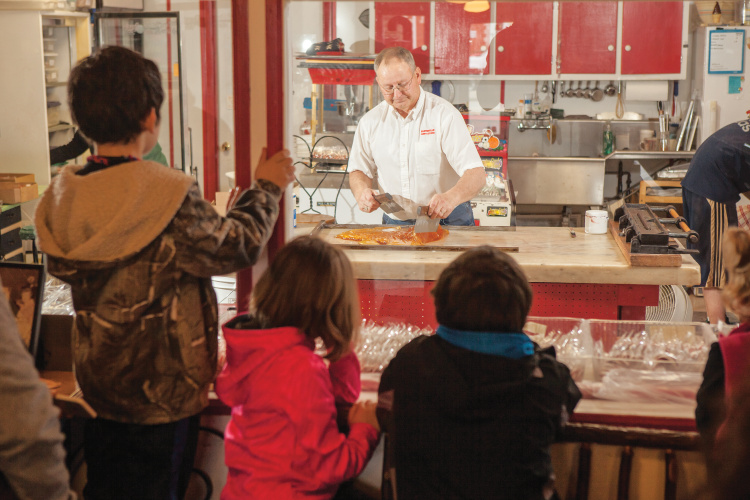 A decade has passed, and the Badgers are still juggling the demands of the business, which is largely seasonal, while both continue working full-time jobs. Pam works at the Morgan County Clerk’s Office, while John has worked as a fuel delivery driver since 1979.

Looking back, John says the move to purchase the business was a leap of faith. His parents had owned a restaurant, so he was exposed to the food business. Still, he was not prepared for all the challenges the shop presented. 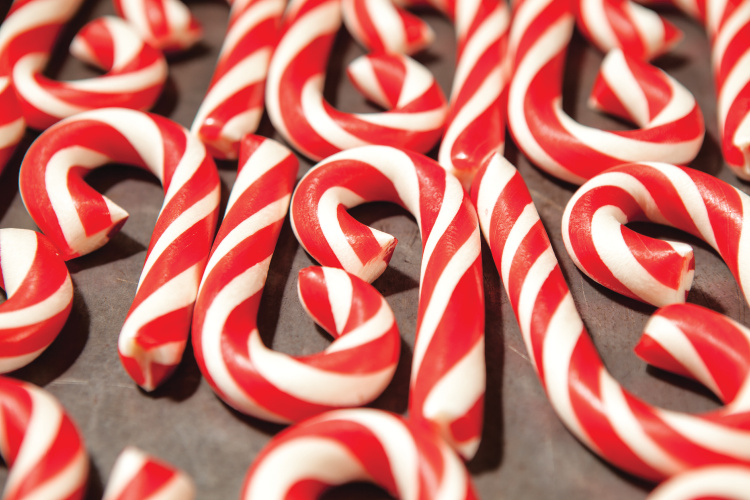 “We learned a lot on the fly from the previous owners,” he says. “It takes a lot more (work) than I expected.”

Hard work goes into making handmade confections. Most evenings and weekends you’ll find the Badgers toiling away like elves to produce the goodies the people of Martinsville have come to know and love.

Those sweet treats include divinity, peanut butter fudge, cinnamon logs, cherry cordial bark, English toffees, chocolate-coated jellies, caramel apples, turtles on a stick and much more. But if their shop is known for one thing, it’s candy canes. 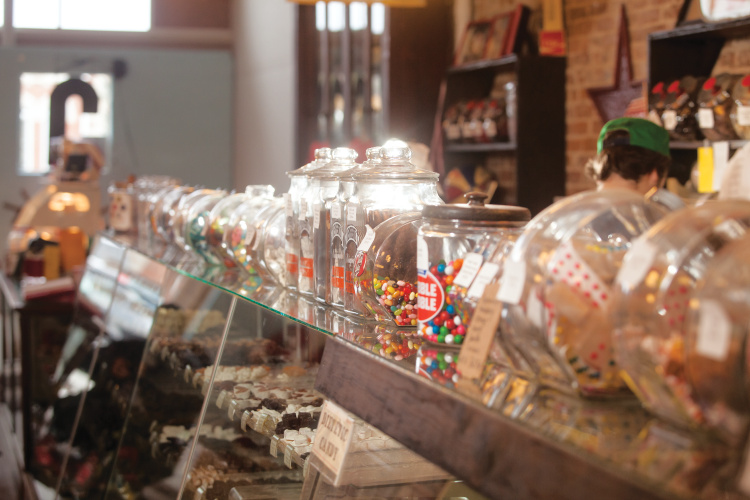 They make varieties of candy year round, but the candy canes are really the cash cow, Badger says. They offer a variety of flavors – licorice, clove, cinnamon and butterscotch. However, one flavor in particular gets a lot of love.

“People who’ve lived in Martinsville once and come back … they want peppermint candy canes,” he says.

Perhaps just as enjoyable as the candy itself is the experience. At the back of the shop, windows allow visitors to watch how the candy canes are made and reminisce about a bygone era.

“There are so few (candy makers) that still do the homemade candy,” he says. “People will come just for that.” 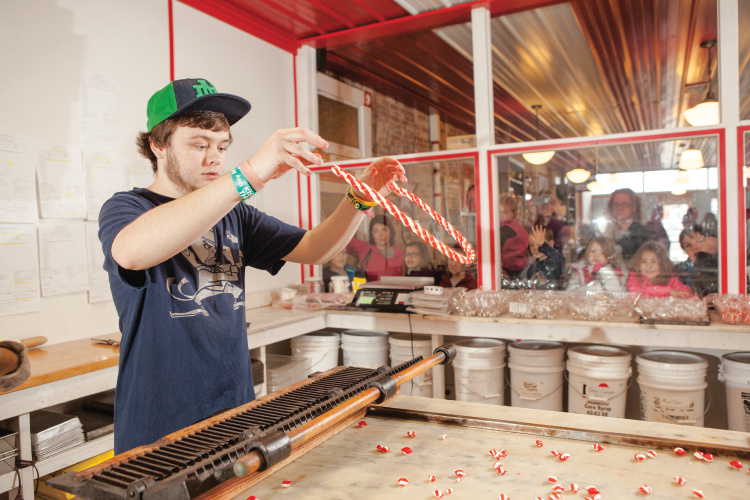 The process is time-intensive – about two hours – and requires a great deal of concentration. “Once you start making a batch, you can’t stop,” John says. It’s not uncommon for the couple to be on their feet for more than six hours at a time.

Although they get some foot traffic, the shop’s appeal extends far beyond Martinsville, Badger says. In fact, they ship across the country and around the world. Christmas is its busiest time. Last year, the shop produced some 30,000 candy canes.

Despite growth in popularity over the years, Badger says they have no intention of making any major changes.

“Every once in a while we come up with a new candy,” he says. But for the most part, they don’t want to reinvent the wheel. The process of hand-pouring candy hasn’t changed much since the early days. And the recipes and techniques were passed on from the previous owner, as well as the antique equipment. There is a certain pride in doing things the way they’ve always been done. Looking to the future, Badger says he would like to keep the business in the family and, of course, keep it in town.

“It’s called Martinsville Candy Kitchen, after all,” he says.

In the meantime, the Badgers will stay focused on what they do best: spreading joy through their homemade goodies.

Martinsville Candy Kitchen is located at 46 N. Main St. in downtown Martinsville, about 45 minutes south of Indianapolis. For hours of operation, call 765-342-6390 or find them on Facebook.