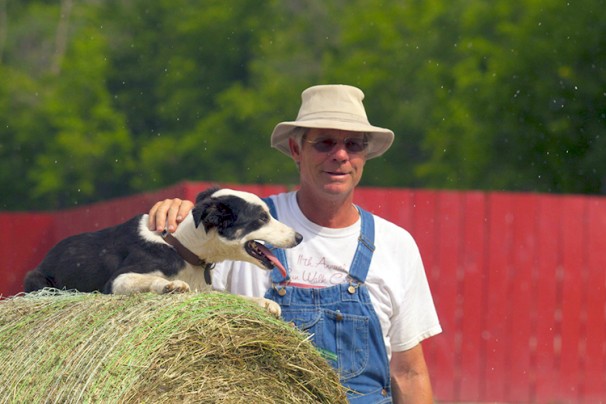 Pete Eshelman of Joseph Decuis Farm and restaurant lives by a simple motto: “To have great food, you have to have great ingredients.”

Eshelman’s family opened the restaurant initially as a corporate dining room in Roanoke just outside Fort Wayne. But Eshelman, who in his previous life was a pitcher drafted by the New York Yankees, had the drive to build one of the best fine dining restaurants in America. He and his wife, Alice, opened Joseph Decuis Farm to the public in 2000, and it has since expanded into an emporium, culinarium and inn. Named for an ancestor, Joseph Decuis has become a gourmet destination for travelers in Indiana and beyond.

“The whole notion of where food comes from propelled us forward,” Eshelman says. “The best control you can have over your ingredients is to grow them yourself. We started with vegetables and eggs, then I became smitten with Wagyu beef, so we began raising them.” 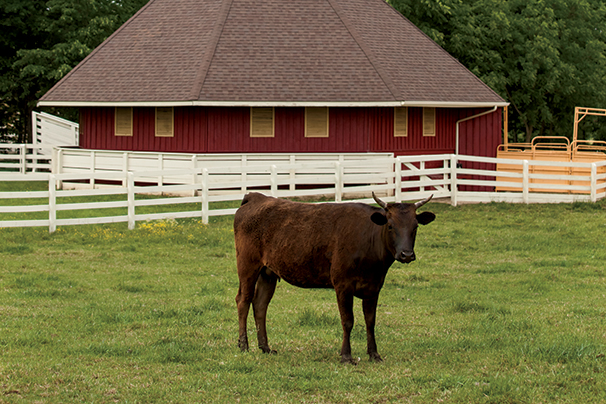 Traditionally raised in Japan, the restaurant’s Wagyu beef is a major draw. Eshelman says he first became interested when one of his chefs experimented with Kobe beef, a type that comes from a cross breed of Wagyu and Angus cattle.

“It blew me away,” he recalls. “It was melt-in-your-mouth delicious. And it is also the healthiest beef there is.”

Afterward, Eshelman started to learn all he could about the Wagyu breed and how to raise it. He traveled to Japan to study with master farmers and learn how they raise their cattle. He recently wrote a book, America’s Wagyu Trail, chronicling his journey.

Because of the precision and attention Eshelman gives to his cattle, guests are rewarded with choice menu options. The farm harvests one steer per week, focusing more on quality than quantity. Eshelman says their beef is 100 percent prime plus, which means all of it achieves prime status or exceeds it by the U.S. Department of Agriculture’s standards. The restaurant even offers a nose-to-tail dish on the menu that features every cut of Wagyu beef they produce. 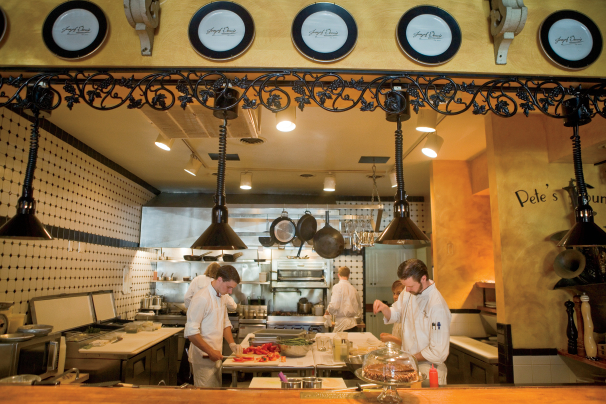 Along with Wagyu, Joseph Decuis Farm grows its own vegetables, including asparagus and mushrooms in the spring. They also raise mangalitsa pork and get their chickens from a nearby family farm.

“The farm has become a platform to show people exactly where their food comes from,” says Eshelman. “We give personal tours of the farm to guests before they go eat at the restaurant.”

Joseph Decuis also houses an emporium where diners can take home signature food and wines or enjoy casual dining in the cafe. And in summer 2014, Eshelman plans to open the 1884 Farmstead, where people can experience farming and food as it was back then. Cell phones and computers will stay at the door.

Indianapolis landmark Hollyhock Hill Restaurant, which opened its doors in 1928, is a prime example that the trend of restaurants sourcing ingredients locally isn’t anything new. Hollyhock has always relied on Indiana farmers and distributors for menu items. 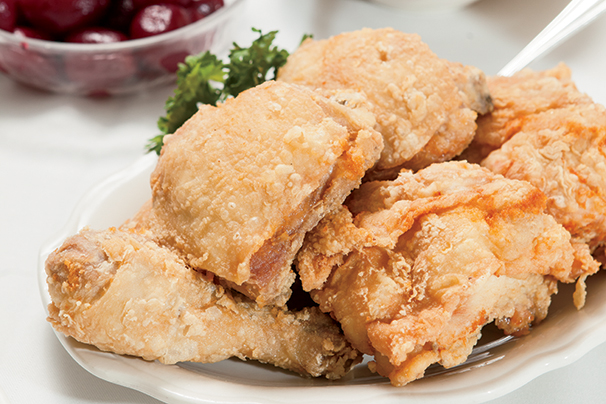 Hollyhock Hill began as a country cottage with a small dining area that seated up to 30 guests. Today, the 150-seat restaurant is run by Jay and Barbara Snyder, longtime employees who took over in 1992. As times have changed, the restaurant’s owners have adopted innovations and advancements, but their tried-and-true recipes, as well as the philosophy of using local sources, have stayed the same.

The fare, served family style, includes a variety of seafood and steak entrees, along with sides such as homemade pickled beets, buttered corn, seasoned green beans and much more. However, the restaurant is best known for its fried chicken, pan-fried in three-foot-by-three-foot cast-iron skillets custom made for them.

In fact, national magazines, including Travel & Leisure and Saveur, have endorsed its famous fried chicken as among the best in the country. Hollyhock Hill sources the fresh, never frozen, chicken from regional farms through a local distributor, McFarling Foods.

They also get their tomato juice – served cold before a meal during warmer weather – from Indiana-based Red Gold, whose tomatoes are grown primarily by farmers within the state. Tomato juice is the base for the tomato, chicken and rice soup, an original recipe from the earliest days of the restaurant that comes with the family-style meal in cooler seasons.

SEE ALSO: Red Gold Grows Tomatoes and Jobs for Indiana and Beyond

“All of our ingredients come through local distributors,” says Dean Black, manager of Hollyhock Hill. “We can identify where it originated, and if there’s a problem, we know where to go to fix it.” 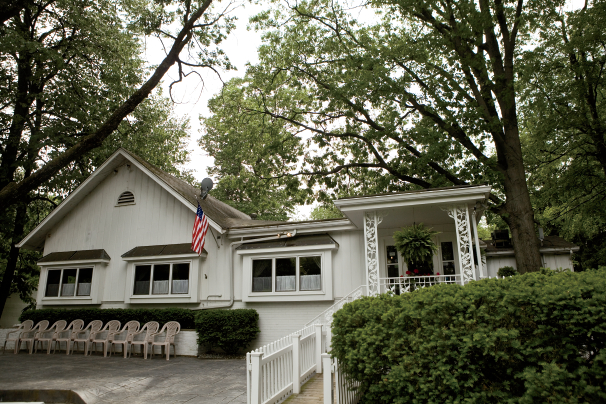 Along with local ingredients, a huge pull for the restaurant is its consistency for the past 85 years. People who haven’t been to the restaurant in decades are delighted when they return to find the menu offers the same delicious options.

Snyder says they will continue to perfect what they do best. “It’s hard to find consistency like ours in this day and age,” he says.

As for the farm-to-fork way of running a restaurant, Eshelman of Joseph Decuis says it’s not going away.

“The first step is for restaurants to grow their own food, and the next step is restaurants on actual farms,” he says. “If we raise more food in the state, we can become the state that feeds itself. What Napa is to wine, we could be to local food.”

As always, please call ahead before traveling long distances. Reservations are strongly recommended for both restaurants.