Reaping What They Know 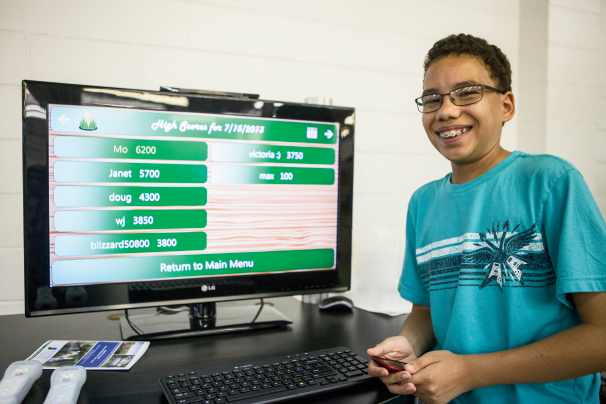 Aaron Pedigo wasn’t raised on a farm, but he helped invent two games that teach people about farming.

The 35-year-old software engineer and his wife, Stacey, live near Frankfort in Clinton County. Pedigo uses his computer skills to assist his in-laws on their 1,300-acre farm that grows soybeans, corn, and wheat.

“Stacey’s family uses John Deere implements, some of which have GPS,” he says. “At the beginning of each season, I coordinate the equipment for use.”

More recently, his tech savviness has allowed him to create two computer-based games about agriculture.

In 2010, the Pedigos joined the public relations committee of their local Farm Bureau. One of their responsibilities was to promote the organization at that summer’s Clinton County Fair.

“We wanted to generate more interest in our booth at the county fair,” he says. “I knew people loved Nintendo games. Why not develop one that would challenge them to answer questions about agriculture?”

This resulted in a game the Pedigos first called Are You Smarter Than a Farmer?, later renamed Reap What You Know. The game uses Nintendo Wii remotes and offers multiple-choice questions on ag-related subjects such as corn, Indiana farming and general farming history. 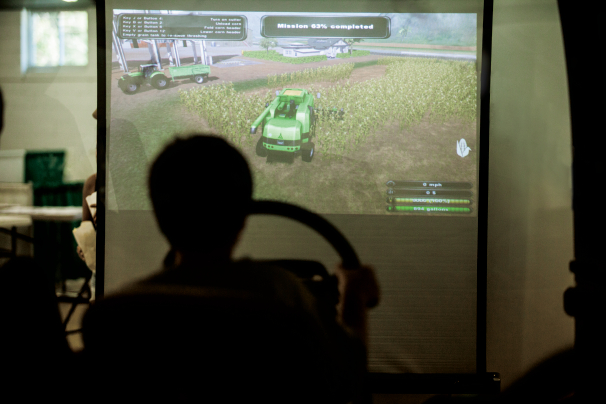 The game is timed so players must answer 35 questions in two minutes. The questions get harder as the game progresses, and players are asked different questions each time they play.

“Each correct question is worth a certain number of points,” he says. “Multiple people can play using Wii remotes, as the game keeps track of individual scores.”

When played by the general public at fairs, Pedigo has noticed that some people at first will refuse to play but prefer to watch. “If a child plays, a crowd will gather. Eventually, the crowd will see the questions are not always hard.”

In addition to testing booth visitors’ farm trivia knowledge, he says the game has also created cooperation among farmer groups.

“At one fair, we teamed up with pork producers to offer free pork sandwiches for daily high scorers of the game,” Pedigo says. 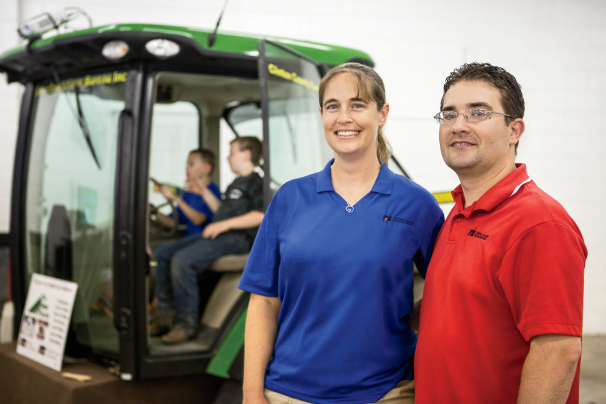 In addition to a presence at state and county fairs in the Midwest, Reap What You Know has been played at the Commodity Classic, a trade show for grain farmers, and at the American Farm Bureau Federation’s national convention in Hawaii.

Closer to home, Pedigo has demonstrated the game to schoolchildren. “Our goal with Reap What You Know is to interest and educate people about the agricultural industry,” he says. “We want people not acquainted with agriculture to not be intimidated by it. Kids understand Wii, so they’re comfortable and happy playing this game. We want to make adults just as comfortable with it.”

The Wii-based game is not the only way Pedigo has educated the public about agriculture. In 2012, while visiting a local John Deere dealership, he spotted the shell of an 8360R tractor cab on a pallet. Seemingly new, it had been gutted with no seat or steering wheel.

“The sales rep says it had hit an overpass while being delivered from the factory, which prevented it from being sold,” Pedigo recalls. “They had no plans for it.”

He envisioned outfitting the cab as a video game with people sitting inside like a race car. He discussed the idea with the dealer and his father-in-law, Paul Dorsey, who is president of his county Farm Bureau. The three arranged to have the dealer donate the empty cab to the Farm Bureau, along with some parts. 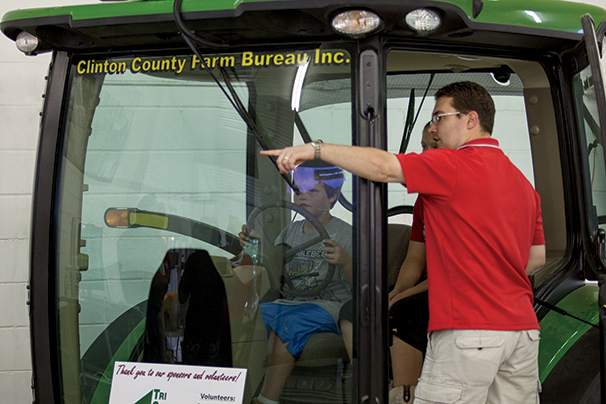 Pedigo wired the cab with headlights, flashers and speakers in the ceiling. When players turn the key, they hear appropriate engine sounds as well as birdsong in the background. A five-foot projector screen placed in front of the cab flashes images of tasks done to crops in the field, such as baling hay and a plow being pulled behind. Players see the virtual farm view and operate the tractor using the steering wheel, foot pedal and command arm buttons.

“The sim is not just a movie,” he says. “If the driver steers too hard to the left, it shows on the screen.”

Pedigo also designed the simulator to convert to a combine during harvest. “The player can lift and lower the corn head,” he explains, “and when the hopper wagon is full, it will pull out the auger and see grain dumping.” These activities help people unfamiliar with a corn harvest understand more about the expensive equipment used by farmers – and the hard work that goes into it.

“The sim may not be as educational as the Reap What You Know game,” Pedigo says, “but it gives a different feel and understanding for what farmers do.”

The tractor simulator, which stands 8 feet tall with a 9-by-9-foot width, weighs 2,500 pounds and requires a forklift and special trailer to move. Even so, it has been on the road for the past two summers, debuting at the Clinton County Fair in 2012 and appearing at other Indiana county fairs. (Catch both games at this year’s Clinton County Fair, which takes place July 13-19.)

“We’ve seen families compete with each other to see who can drive better,” Pedigo says. “Grandparents explain how this tractor is different from what they used to drive. It’s a win-win learning tool.” 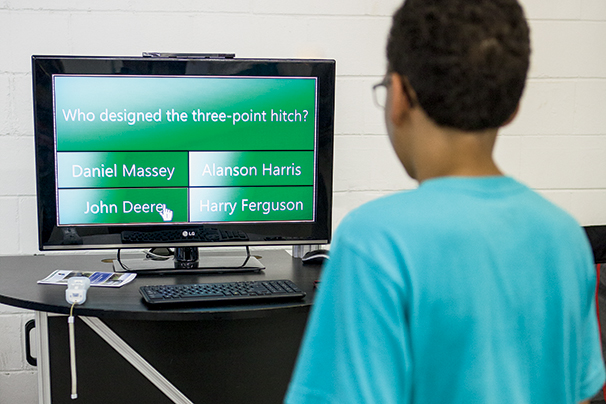 Are You Smarter Than a Farmer?

Think you know your stuff when it comes to agriculture? Test your Ag IQ with our online quiz, featuring a few of the questions from the Reap What You Know game.