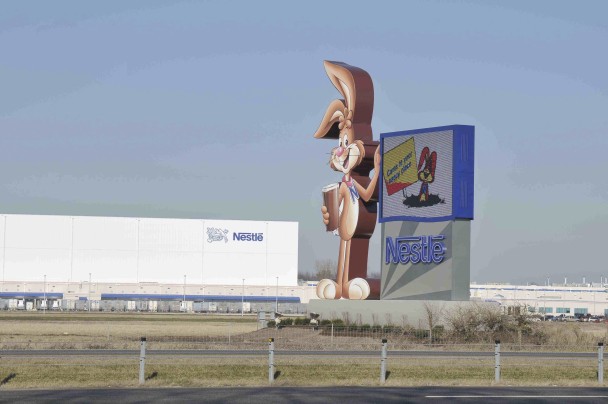 If you head north from Indianapolis on I-69, you can’t miss the Nesquik Bunny, an elaborate sign located just south of Anderson, Ind., which towers 50 feet above the surrounding countryside and entertains travelers with mini-videos and animations presented on its enormous electronic marquee.

It’s become a landmark along that stretch of interstate, but it also announces to the world that Anderson is home to Nestlé USA’s state-of-the-art factory and distribution center, which will be celebrating its five-year anniversary this year.

The plant produces what are known as “aseptic ready-to-drink products.” Aseptic means “free from pathogenic microorganisms.” For Nesquik, Nestlé uses ultra-high temperature pasteurization, or UHT, to eliminate virtually all bacteria from its Nesquik products, making it commercially sterile. One of the benefits of this process is that Nesquik can be stored in the pantry and cooled down just before you drink it.

According to informational materials from Nestlé, the company uses the aseptic packaging technique on all of the products it makes in Anderson: ready-to-drink Nesquik (available in strawberry, banana strawberry, vanilla and double chocolate as well as chocolate), Coffee-Mate liquid products and Boost nutritional drinks. The products are made here in Indiana and distributed throughout the United States, according to Nestlé. 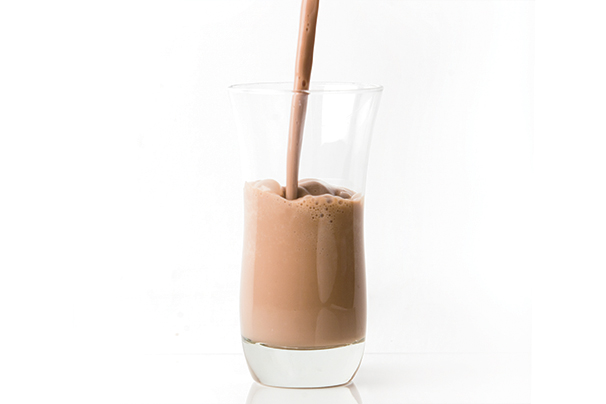 But it all starts with milk that Nestlé gets almost straight from the cow.

The plant works with a dairy cooperative, which collects milk from farmers and coordinates getting milk to the plant, a Nestlé spokesman says.

Most of that milk comes from Indiana farmers, notes shift manager Charlie Turner, who grew up on a dairy farm in Hancock County and received his degree in food science from Purdue. The remainder comes from surrounding states.

The milk comes into the plant by truck, is tested for quality and is pumped into Nestlé’s system before being made into the various products, Turner explained. In the case of Nesquik, Nestlé says they process the milk, which is used to make chocolate, strawberry or vanilla milk.

And Nestlé processes a lot of milk – the equivalent of the production of 15,000 cows per day, according to Nestlé, a figure that becomes even more impressive when you consider that according to Purdue University, a cow typically produces around 6.5 gallons each day.

A September 2012 article in The Anderson Herald Bulletin quotes company officials as saying that the Anderson facility produces on average 3 to 4 million bottles of its three products every day. 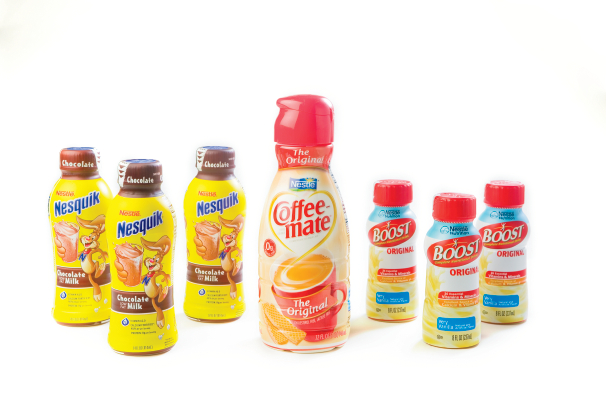 Equally impressive is the plant itself, which employs around 600 people and covers around 1.1 million square feet. Originally constructed between August 2006 and June 2008 at a cost of around $359 million, the plant has been expanded at a cost of an additional $200 million, Nestlé says, making it one of the largest of its kind in the world and one of Nestlé’s largest-ever capital investments.

Everything is there under one roof: the milk receiving area where the milk trucks come to deliver their loads of whole milk; shiny stainless-steel processing machines and conveyor belts; pallets full of flavorings (and, on the day My Indiana Home visited, smelling enticingly of vanilla cookies); the intriguingly named “Cocoa Room,” which, alas, was not accessible to chocoholic visitors; streamers of colorful labels being fed through the labeling machines; and endless moving lines of brown, cream or pink Nesquik on its way to being boxed for shipping and cooled before heading out to supermarkets, other vendors and lovers of chocolate, strawberry and vanilla milk across the U.S.