Jim and P.J. Jonas have lots of kids – the human kind and the goat kind. And they believe their love and passion for both – and a strong Christian faith – are what make their Scottsburg, Indiana-based business, Goat Milk Stuff, a success.

“We began Goat Milk Stuff to share the goodness of goat milk with others, to bring Jim home full-time and to provide an environment where the children could learn to be entrepreneurs,” P.J. says. Her husband, Jim, was previously a junior high science teacher. P.J. left her own job as a systems engineer to become a stay-at-home, homeschooling mom.

The goats also each have their own names.

“Goats will actually answer to their name if they aren’t being stubborn. They are curious, entertaining and can be quite opinionated,” P.J. says. “Each goat has a personality, and you can definitely tell which goats the children have spoiled. It takes a lot of work, but we definitely think that life is better with goats.” 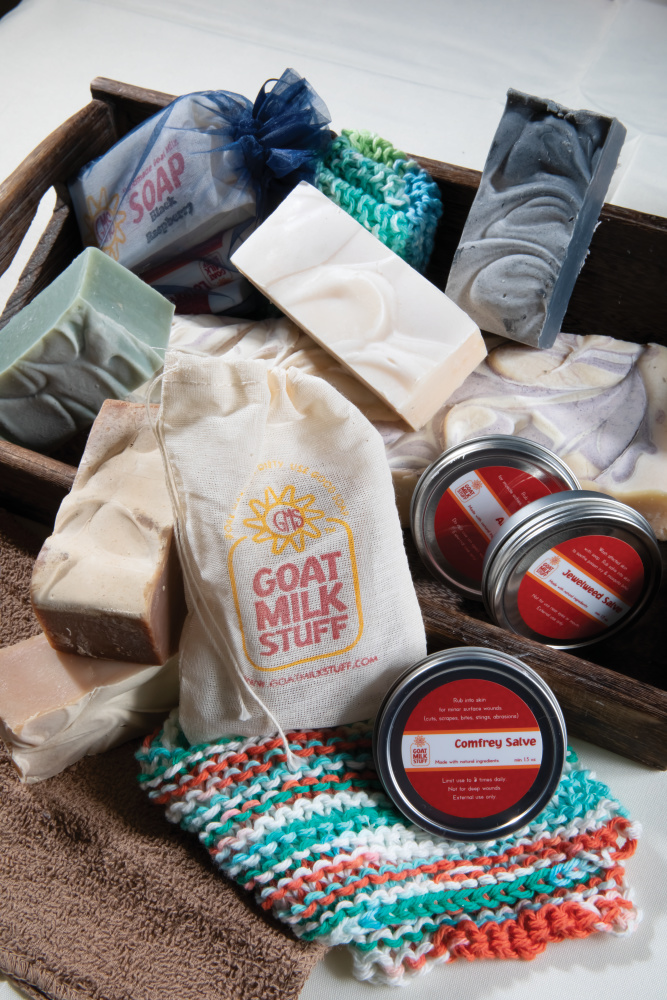 P.J.’s adventures in goat milk soapmaking started in 2005. She had the children in the bathtub one day and realized the baby wash she used was comprised of chemicals.

“I had spent years trying to make sure the children were eating healthy food, and I was upset that I’d never considered what I was using on their skin,” she recalls.

She began researching soap recipes, substituting goat milk for water. After making the first batch and successfully testing it on Jim’s cracked skin, she knew she had something special. She spent about two years perfecting the product.

The family moved to Indiana in 2008, homesteading on 3 acres in Charlestown. They began selling their soap online and at local festivals and soon realized they were going to need more space for their growing business. 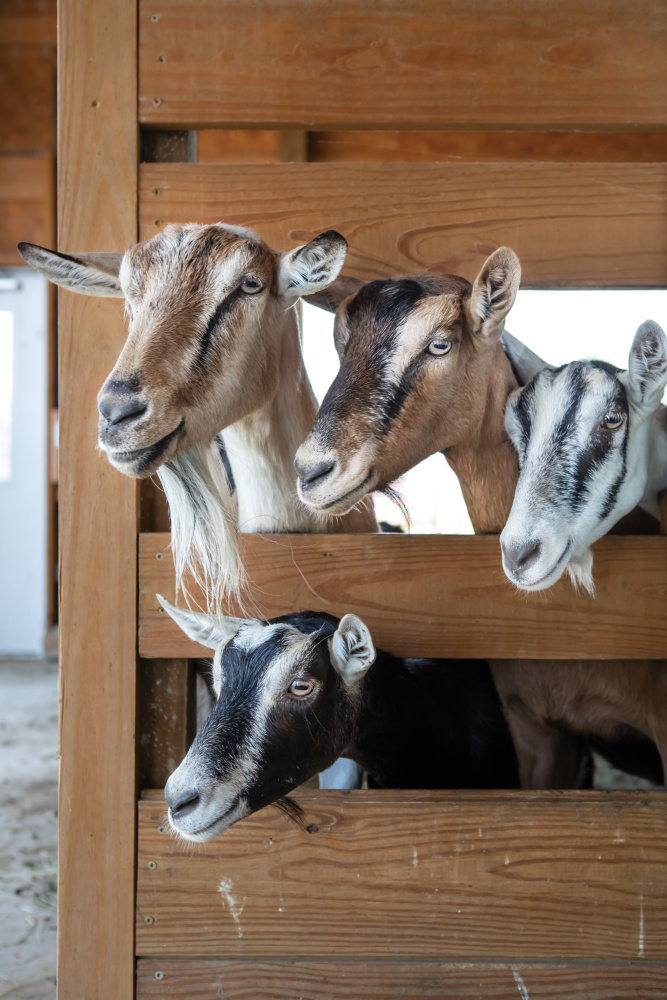 The family purchased their current farm in 2011 – 36 acres about half an hour north of Louisville, Kentucky. They built a soaproom in 2012, followed by the first goat barn and a sweets shop with a commercial kitchen. The milking parlor came next, where goats are now machine milked twice a day. A second goat barn was added in 2018.

The Jonas family has about 135 Alpine and Nigerian Dwarf dairy goats who birthed 175 kids in 2020. The family also raises dogs and other farm animals and have a garden.

“We raise Alpines because we love their ability to milk. Our best goats will give over 2 gallons a day at peak,” P.J. says. “We also love their temperaments. They are very friendly and curious, and they come in different colors.”

While the Alpines are seasonal breeders, the Nigerians breed year-round. That gives visitors to the farm (which should reopen after the pandemic) the opportunity to see baby goats every month of the year. In addition to soap, they now make and sell cheese, gelato, yogurt and milk and are an FDA-certified Grade A goat dairy.

“Our customer base and business have continued to grow steadily,” says son Emery. “Even though we had to close our on-farm business for now, our online business has more than made up for it. It turns out that soap is a great business to be in during a pandemic. And because people are washing their hands more, it’s important they have soap that won’t dry out their skin. We also reintroduced our hand sanitizers.”

The family is constantly working on improvements and changes, including new bar soap shapes that are easier to hold as well as a new dishwashing soap.

“Expansion means all eight of the children can work on the farm as adults and support their own families,” P.J. says. “With all of the goats we are now milking and the stuff we are now making and the visitors to the farm we are entertaining, there’s plenty of work for all our kids (both human and goat), their potential spouses, and even their children if it works out that way.”

Watch the goats at goatmilkstuff.com/livecam. 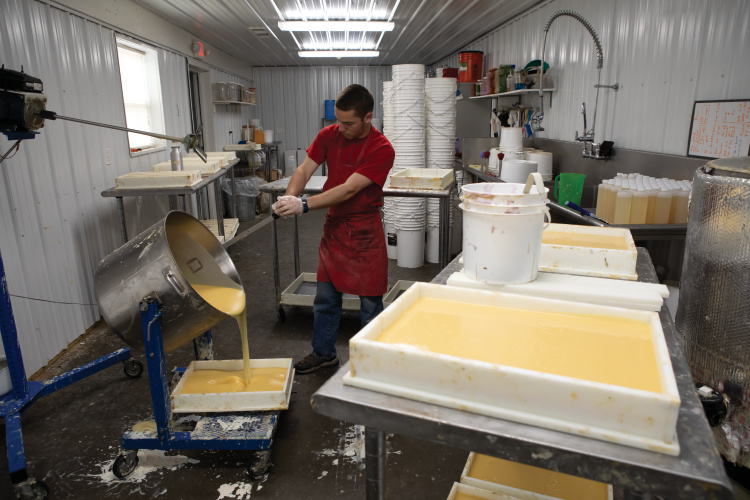