Why the Indiana Duck Industry is No. 1 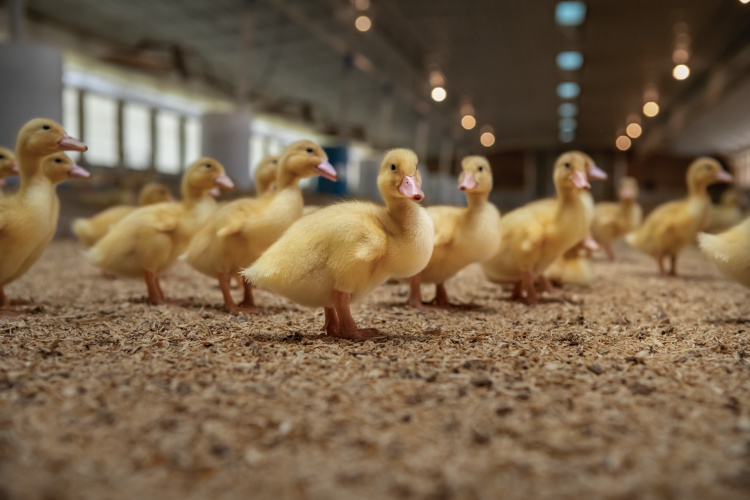 Indiana producers are here to help you get your ducks in a row for your next meal. But these aren’t your average breadcrumb-gobbling, park pond-swimming birds – they are raised, fed and tended to with the utmost care.

What’s Behind That Waddle

The lion’s share of the market is represented by White Pekin, a breed of duck that doesn’t fly, doesn’t require a duck pond and is mostly raised on Amish family farms. Thanks to their refined diets and stress-free living conditions, the meat is mild-tasting, not gamey.

And for today’s convenience-minded consumer, growers say these ducks are as easy to prepare as chicken.

The White Pekin duck has traditionally been associated with gourmet restaurants and Asian cuisine. But thanks to foodie blogs – boosted, no doubt, by quarantined cooks – duck dishes have started to diversify.

How about some seared duck breast with Hickey Bottom BBQ sauce? Or pre-prepared options like duck jerky, duck quesadillas, duck pot stickers or even duck bacon? Perhaps you’re in the mood for some fully cooked duck leg confit for your pasta.

An Industry to Grow On 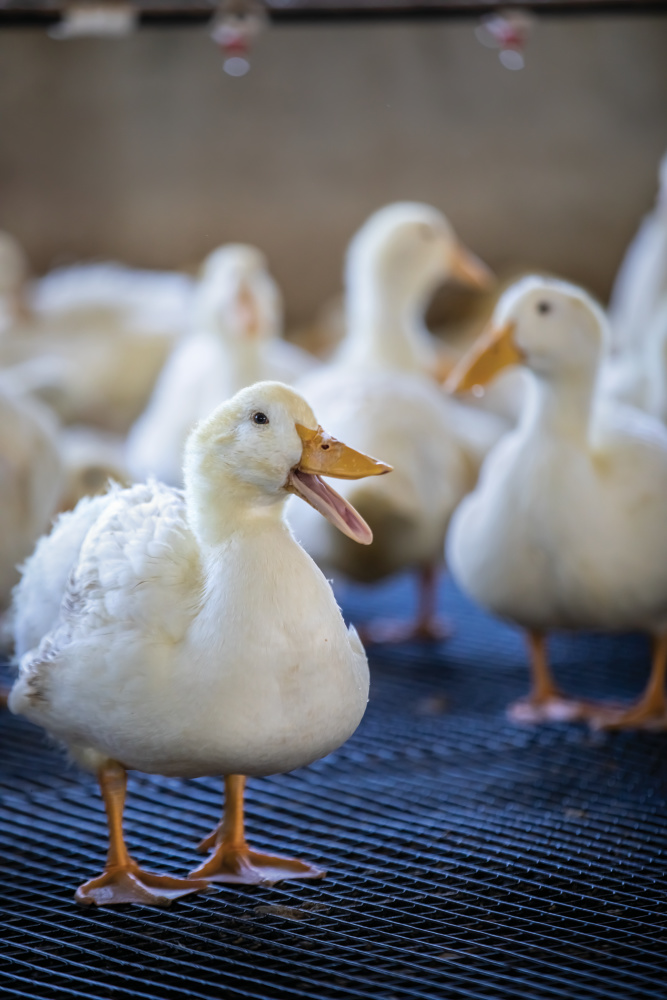 The two largest growers in the nation, Culver Duck Farms Inc. in Middlebury and Maple Leaf Farms in Leesburg, dedicate most of their online messaging toward clearing up misconceptions and educating consumers about the industry and inviting adventurous food lovers into their world.

As a food source, duck can be confusing. It’s poultry and considered “white meat,” but its flesh is red. It has a similar mouthfeel and flavor to red meat but is more aligned with chicken for nutritional values. As Culver Duck Farms general manager Sean Smith says, “It’s the steak of the poultry industry.”

In recent years, direct-to-consumer retail for both Culver Duck and Maple Leaf Farms has increased significantly, and that’s good news for the state. “Indiana is still the No. 1 producer of duck in the nation and has been for the last 50 years,” says Scott Tucker, co-president of Maple Leaf Farms.

From East to Midwest

The White Pekin duck found its way to the U.S. via Long Island, New York, in the mid-1800s. Those farms gave way to upscale residences, and the industry migrated to the Midwest in the late 1950s. According to Tucker, it was a strategic move, considering the main food source for duck is corn and soybeans. 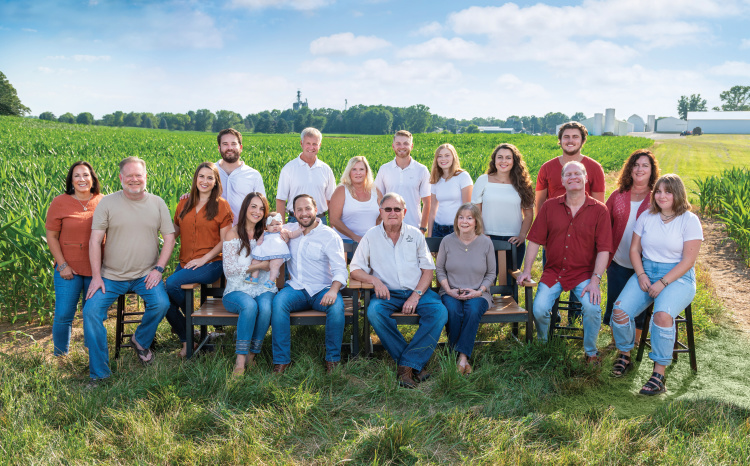 He and his brother, John, are part of the third generation of Maple Leaf Farms – “G3,” as he calls it. Scott Tucker’s granddaughter, Penelope (the first of G5), has not yet celebrated her first birthday. You can meet all the Tucker family on the company’s website and get to know their personalities through videos and on social media platforms.

Tucker acknowledges the mystique of his product, but says, “Every time I’ve had the opportunity to put duck in someone’s mouth, nine times out of 10, they love it. They’re often surprised to discover that it’s a very mild product,” he says, “and has a sweet and delightful flavor.”

What Goes Into the Bird

Once you understand the traits of the White Pekin species, the farm operations make more sense. Housing consists of long barns designed for natural-air ventilation and access to sunlight, says Culver Duck Farms’ Sean Smith. Inside, ducks are free to waddle around, have generous access to food and water, and can express natural behaviors such as flapping their wings or preening themselves. The species naturally prefers to congregate, so the birds stay close to each other for companionship and warmth. State-of-the-art technology assists in managing the environment and limits disease, but Smith insists, “This is not factory farming.” 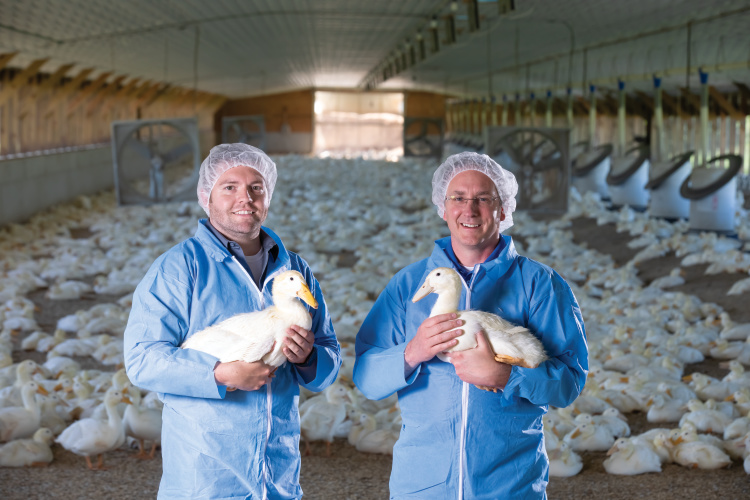 Both companies hold themselves to rigorous standards for the welfare of their ducks – making use of third-party auditors to assess their practices – and both are transparent about operations in their marketing.

We’ve Got the Most Duck

According to the U.S. Department of Agriculture, 27.5 million ducks were commercially harvested in 2019, which includes all species. Culver Duck Farms and Maple Leaf Farms are responsible for about 75% of the total, including operations inside and outside of Indiana.

As fascinating as it is to learn about the business of duck farming, such as biosecurity controls and sustainability practices, the savory details are the most satisfying. Tucker shares a personal favorite. “When I don’t have a lot of time, I love our precooked half duck,” he says. “It’s easy to prepare. And if I have time to fire up a grill, there’s nothing better than a medium-rare duck breast with a lot of nice charcoal flavor.” He might use a lemony garlic marinade and throw together a plum and ginger sauce. “It’s almost like the filet mignon of duck.”

See more: Salomon Farm Park is a Farm for the Future