Husk Foods are Fresh From the Freezer 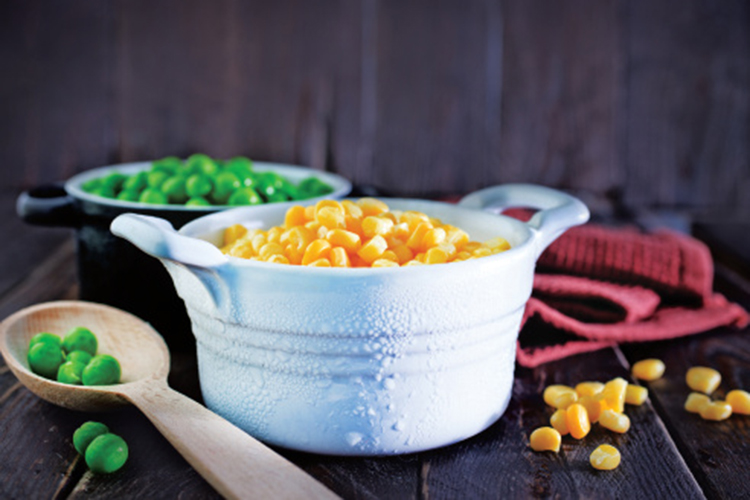 The sweet, tender flavor of out-of-the-garden sweet corn, squash, peas and green beans can now be yours – even in the middle of winter – thanks to innovative entrepreneur and fifth-generation farmer Adam Moody, co-founder of Husk Foods. The company sells frozen vegetables grown in Indiana, and each batch is traceable to the farmer who grew it. 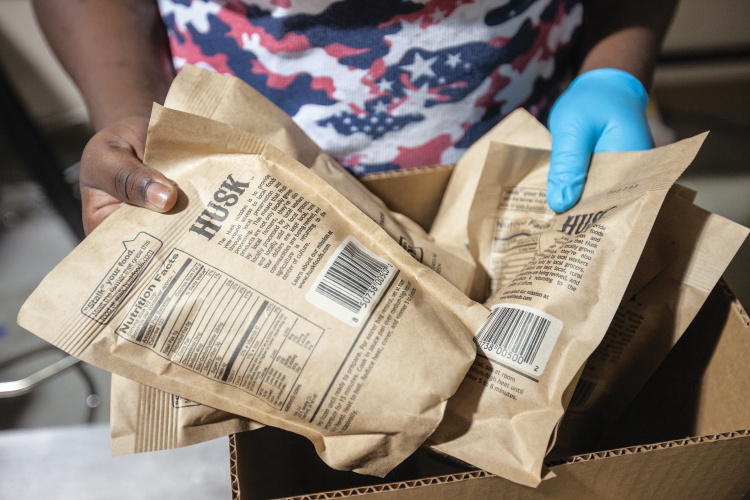 Moody and his friend Gary Reding of Decatur County conceived the idea for Husk in 2007 while co-writing a report for the state’s Office of Community and Rural Affairs.

“We discovered Hoosiers import 92 percent of their food from outside the state because there was a lack of processing facilities,” Moody says. “There was also a lack of entry into larger traditional points of sales that have enough consumers to sustain the trend of buying locally produced food.”

Find where to buy Husk Foods products, or sign up to get notified when it comes to a store near you, at huskfoods.com. 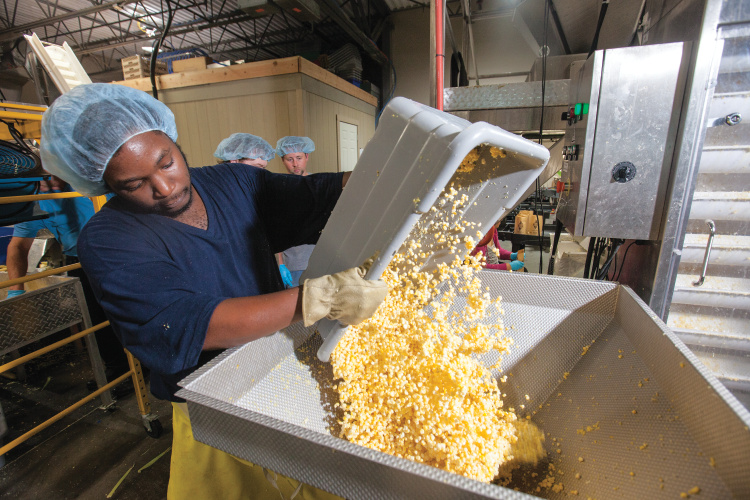 “Forty-five days after creating Husk, we were cutting corn in our facility in Mount Comfort, just east of Indianapolis,” Moody says. “In less than three years, we are selling our sweet corn, green beans, peas and squash in nearly 400 stores – including certain Whole Foods, Kroger, Marsh, Roundy’s in Chicago, and Schnucks in the St. Louis area.”

In 2014, the company processed 200,000 pounds of sweet corn alone from approximately 50 acres of Indiana farmland. 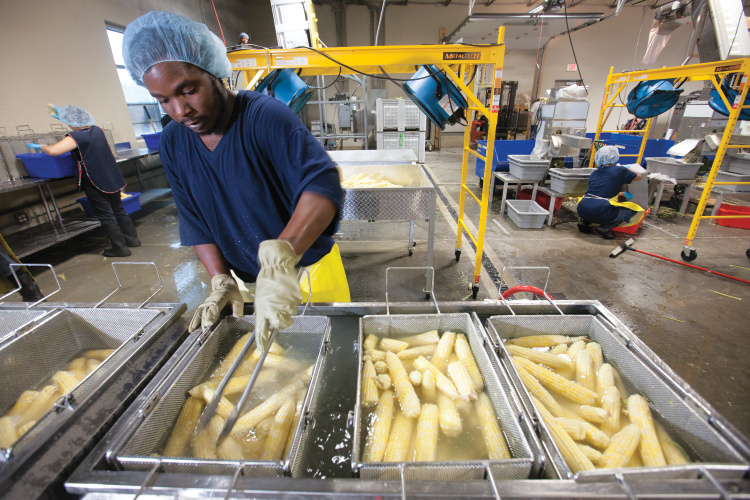 The business owes its success to Moody’s inquiring mind. He endeavored to find out why one couldn’t find frozen sweet corn with just-picked flavor in grocery stores – the taste that many remember from their parents’ or grandparents’ freezer.

In fact, Husk’s processing system is a “mocked-up” version of what people have done in their kitchens for the last 60 years, according to Moody.

“Home gardeners picked and quickly blanched, canned or bagged the bounty to maintain the fresh flavor,” he says. “Freezing produce quickly retains natural flavor and nutritional value. Purchasing produce that has been shipped for long periods can diminish the product’s freshness and nutritional strength.” 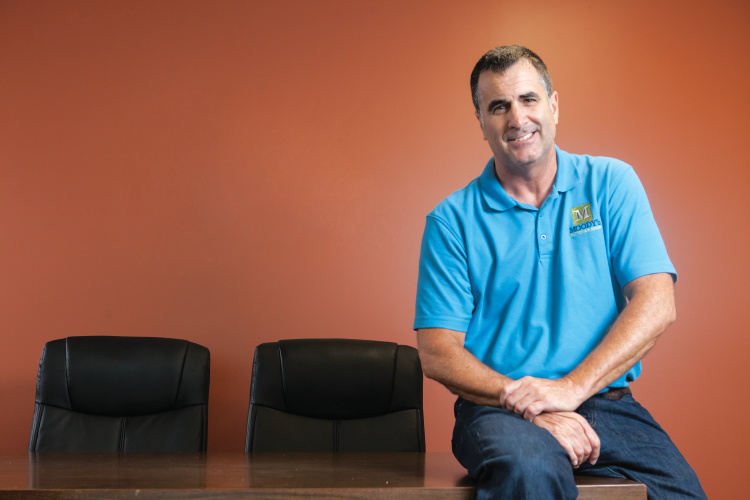 Adam Moody is a farmer as well as the founder and CEO of Husk Foods.

Husk buys its sweet corn from family farms in Hancock, Fountain, Johnson and Hamilton counties, and delivers it to the Mount Comfort plant, where it employs six full-time and 10 to 20 seasonal workers.

“We wash, sort, blanch, chill, cut, portion, package and freeze the best sweet corn in the country,” Moody says. “The products are then stored in a large frozen food warehouse in Indianapolis and distributed throughout the year to stores in Indiana, Kentucky, Ohio, Michigan and Missouri.”

Though the Husk processing plant is modest in size – just 5,000 square feet – the company shares the facility with fellow food entrepreneurs. 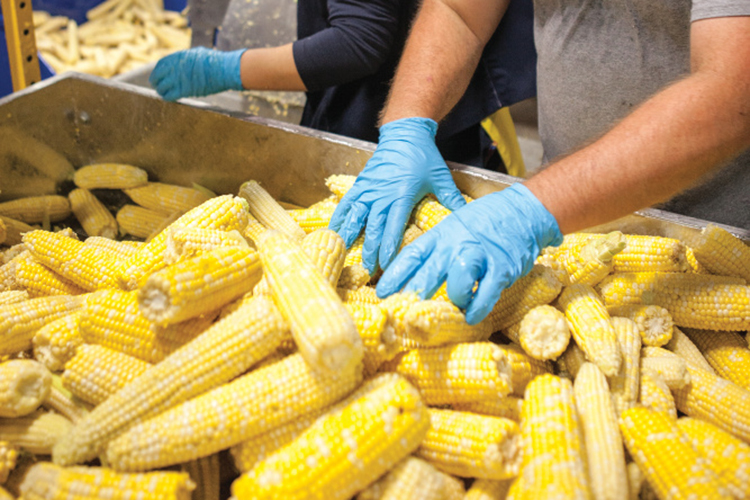 “Since the vegetables Husk freezes are seasonal, our manufacturing facility largely sits empty several months out of the year,” Moody says. “We partnered with other innovators that needed larger processing plants. Urban Ladle, a soup line company, and Brooke’s Naturals, a gluten-free baking mixes firm, are happy to share our space while growing their operations.”

Husk is also setting itself apart with a strong online presence, including allowing anyone to find out where their frozen vegetables were grown. This product traceability comes via a software application, Crop Stalker, written by Carter. Customers can simply go to huskfoods.com, enter a code on the package and find the farm where the product came from.

Moody notes the food industry and agriculture as a whole have enjoyed a long reign of self-innovation in order to increase efficiencies. “At Husk, we do not just rely on the local marketing contribution to move the products,” he says. “The products’ own flavors move it off the shelves.”