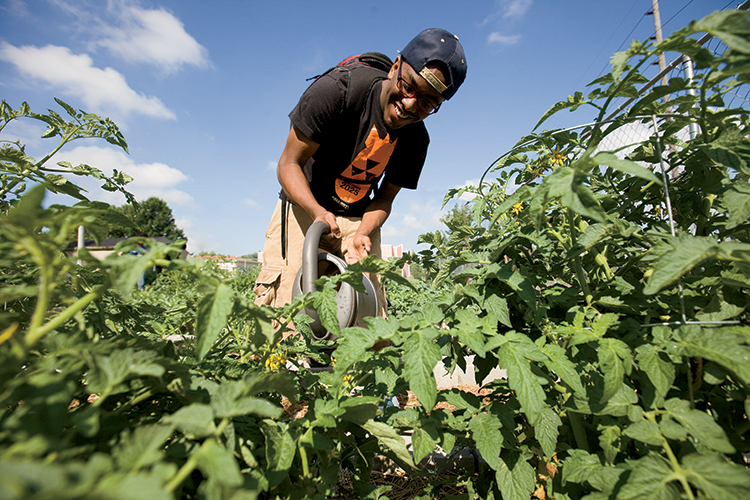 About 3 miles northeast of the heart of downtown Indianapolis stand two small, yellow houses, encircled by a chain link fence. Inside, among photo collages and books, you will find Aster Bekele, founder and executive director of the Felege Hiywot Center.

Bekele came to Indiana from her native Ethiopia in 1973 to attend Franklin College. She transferred to IUPUI to study chemistry and found herself living near where the center now stands. While finishing school, Bekele began tutoring neighborhood kids, which led to the establishment of Felege Hiywot.

The phrase, pronounced “fell-leg-ay hue-it,” translates roughly from Amharic to English as “seeking direction in life.” Since 2007, Bekele’s work has given many inner-city kids direction – through gardening. 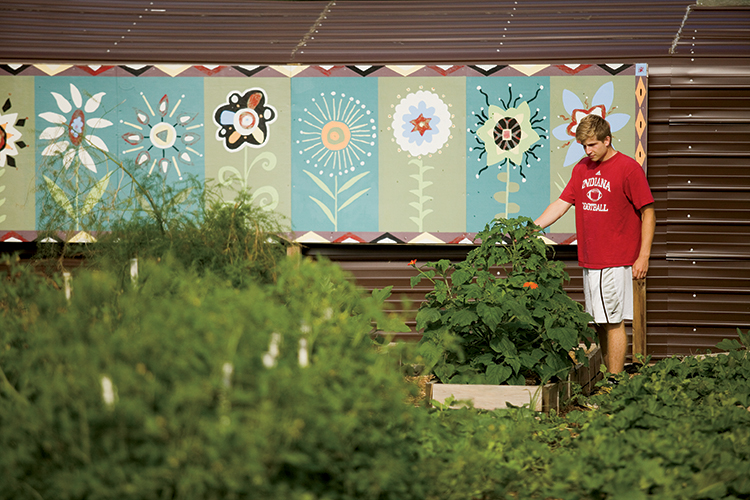 The neighborhood that the center calls home isn’t the best. Poverty is common, buildings stand crumbling and abandoned, and lots are vacant. But within that chain-link fence, fruits, vegetables, trees, bees, chickens and high school students thrive.

“Coming from Ethiopia, the word ‘poor’ has no place for me here,” Bekele says. “I know that these kids are disadvantaged, but here, there are always resources and people who care. Here, there are sources for a meal or school supplies. In Ethiopia, it doesn’t matter; you just go without. I wanted these kids to understand those differences.” 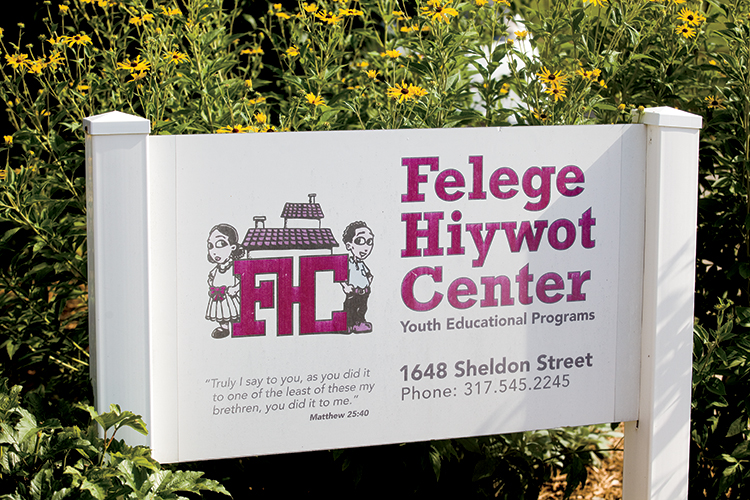 The Center of It All

Felege Hiywot Center is located at 1648 Sheldon St. in Indianapolis. For more information on getting involved, call 317-545-2245 or visit fhcenter.org.

Their understanding is clear. Bekele says that she wants the kids, most of whom are second-generation Ethiopians, to know that no matter how poor you are, there is always something you can give. In the summer, at the request of the center’s young farmers, nearly half of what is grown is given away to local charities or shelters. The rest is eaten at the center or sold at a small roadside stand.

“This is a neighborhood that everyone is trying to escape, so I always tell the kids that while they’re here, they should make it a better, more beautiful place,” Bekele says. “That’s a big part of what we’re doing here, without even thinking about it.” 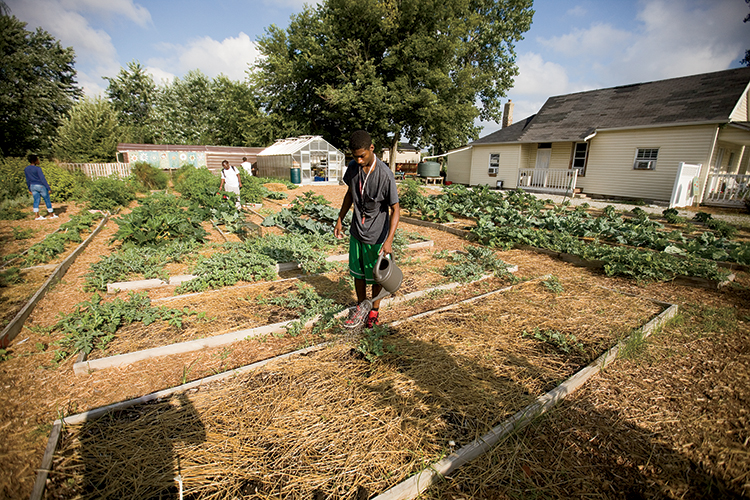 The center didn’t always have a garden. When it began, it was simply a safe place to come after school to do homework and supplement lessons learned in the classroom.

“For a very long time, I felt like I wasn’t making a difference,” Bekele says. “I would spend hours tutoring kids, but they weren’t engaged, and it didn’t seem like I was getting anywhere with them. So one day, I asked the kids, ‘What is wrong with the way I’m teaching you?’ ”

With one simple question, Bekele learned that these kids wanted to take part in hands-on activities. She started by building trust. Year after year, as students realized that Bekele would not shut the center and abandon the neighborhood, more kids showed up for summer camp.

Now, students come from all over the city to learn about science and work in the garden. 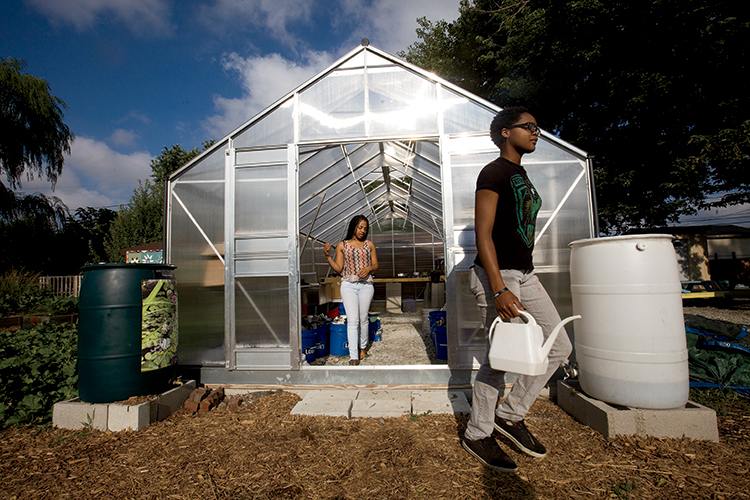 This summer, the center plans to employ 55 high-schoolers from a variety of backgrounds.

Some of the kids who are now working in the garden began coming to Felege Hiywot as elementary school summer campers. Some are at-risk teens from the city’s poor neighborhoods. Others come from the suburbs and some of the city’s richest school districts and private schools.

The garden is a learning experience, but it is also a meaningful summer job for kids who might otherwise only have the opportunity to work at a fast food restaurant – or might not have the opportunity to work at all. While the students are learning about plant biology and agriculture, they are also earning money, developing leadership and problem-solving skills and running a business selling produce.

“I never expected it, but this place and the garden are teaching kids life skills they might not get otherwise,” Bekele says. “Early on, we had a girl from Carmel who says she’d be putting her paycheck in a retirement fund or savings account. The other kids thought it was ridiculous. She explained a savings account and why she was saving her money. The next summer, a boy who planned to spend his paychecks on shoes and parties came back with money still in his bank account. That was a proud moment for me.” 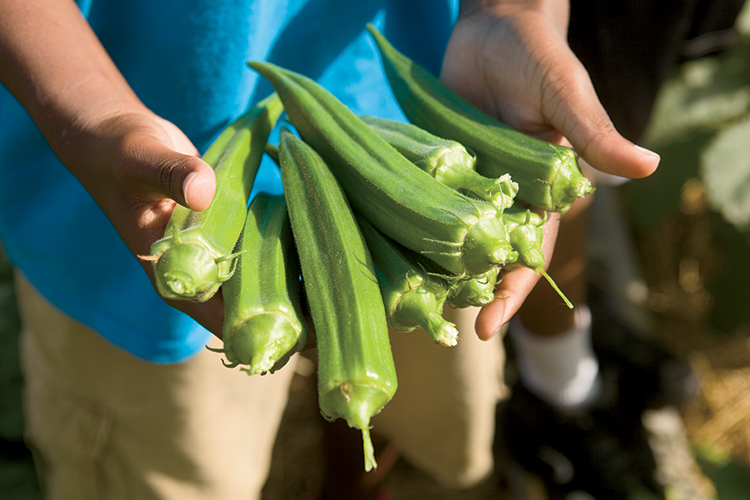 Though the road has been long, Bekele is glad she didn’t give up all those times she questioned whether she was truly making an impact.

“I’ve watched these kids go from refusing to eat vegetables, even covered in cheese and pizza sauce, to walking outside, picking something and eating it,” Bekele says. “They’re learning to take care of their bodies, the planet and the community. They’re doing well in school, their attitudes have changed and some are going to college. Now I feel like I’m making a real difference.“