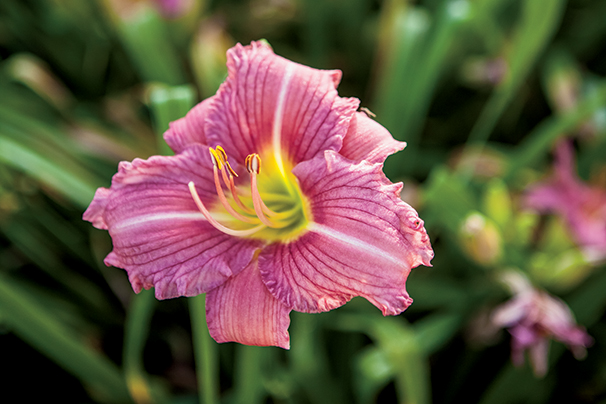 The daylily’s genus, Hemerocallis, translates to “beautiful for a day” in Greek, but that’s a bit of a misnomer. While the individual flowers last only for a day, new buds open up every morning and stalks produce flowers for weeks. Considered the perfect perennial, daylilies will bloom for years to come despite harsh Indiana weather.

“In Indiana, it’s cool enough that daylilies can go dormant and come back in the springtime when it’s warm,” says Bridget Brown, who owns Windy Ridge Farm in Hillsdale with her husband, Wayne. “The daylilies love sunshine, and it works out well for the plants. They’re so hardy that they can handle our weather.”

The Browns grow more than 600 daylily varieties on five acres of land at Windy Ridge Farm, which originally began as a hobby about 15 years ago.

“My yard was getting full of daylilies, and my neighbor wouldn’t sell me their backyard,” Brown says. So she went searching for property where she could continue growing daylilies and start selling them.

Running the business part-time to support her daylily habit, Brown grows different varieties each year with the help of her husband and, occasionally, a friend.

“I grow what I like,” she says. That way, if she doesn’t sell anything, she doesn’t mind getting stuck with the inventory. 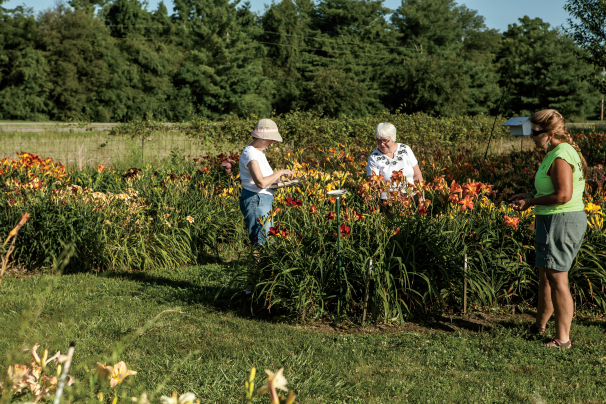 Windy Ridge Farm sells daylilies only as plants and not seeds, so customers know what they’re getting.

“You don’t have to do any potting,” Brown says. “We just dig them up, put them in a bag and send people home.”

The farm’s also become something of a local landmark. With the garden open to the public, visitors stop by from the highway on their way to Chicago, while people take pictures of their kids on oversized concrete statues of a giraffe and turtle. “We always try to add something new to make it fun for people,” Brown says. “We’re kind of quirky.” 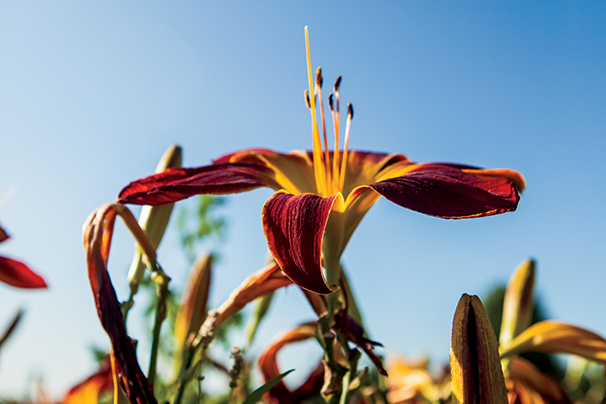 A one-man operation, Best’s hybridizing grew from a budding interest in the early-1990s to a full-fledged business. He started a landscaping and landscape management company, Best-Lawns, in 1993 while collecting daylilies in his personal time. In 2001, he named his nursery Rainbow Hill and started selling the daylilies, which eventually led to sales of his new hybrids. 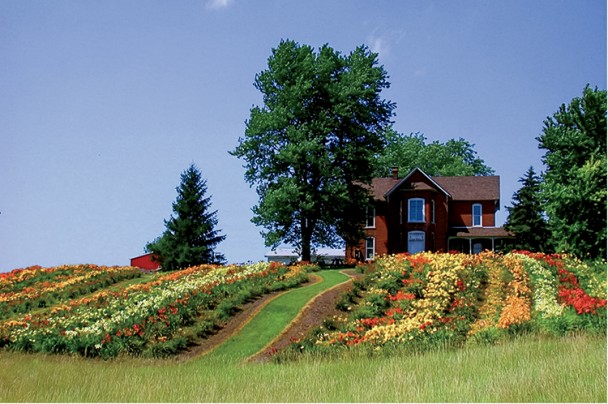 “I already had two acres out in the country,” he says. “The land was already zoned for agriculture, so it was a perfect fit.”

He now has several thousand varieties of new daylily hybrids. “All you have to do is cross-pollinate a plant, and you can easily have a couple hundred plants grown by seed,” Best says. “With a couple hundred plants, you’ll soon have several thousand. When they come out of the same seedpod, there will be some similarities, but you could get a red or white daylily – different, like siblings. If you get an identical twin effect, one will usually be taller or have a smaller bloom. I’ve never seen two that are perfectly identical.”

In 2005, Best introduced Michael’s Sword, a new daylily form he presented as the bearded daylily. Bearded, Best explains, means the plant has a barbed appendage that straddles the midrib of the petal.

“It looks like multiple swords lifting off the surface,” he says. The term was inspired by the bearded-effect irises, which Best notes is constructed with hair filaments, whereas the barbed appendages that can form on a bearded daylily result from extra petal tissue.

Best’s cutting-edge new hybrid was the first of its kind available for purchase that had stable and consistent three-way, full-bearded appendages. In recent years, other hybridizers have been able to create similar bearded daylilies but haven’t had as much luck with uniformity and consistency.

A few years after its introduction, the bearded daylily became a point of debate. “The scientific community caught wind of it,” Best says. “They wanted to reclassify and rename it something else with various unstable, different forms from other hybridizers. I do not plan on calling it anything else other than how it was introduced in the beginning, bearded, in order to eliminate the confusion secondary labels are creating to this very day.” 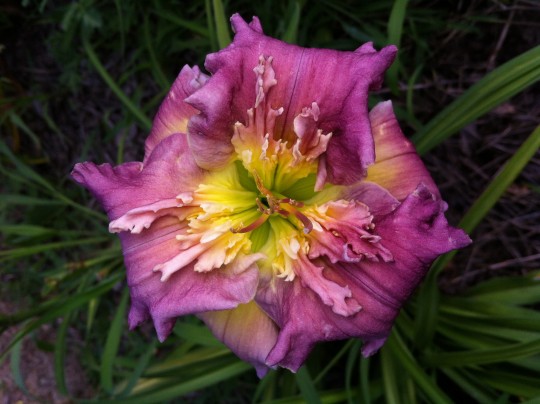 And it’s certainly not going to keep him from his passion. This year, Best hopes to reintroduce the bearded daylily with two new cultivars: Dan Patch and Lady Patch, named after the Indiana harness racing horse legend and the first colt he sired.

Back at Windy Ridge, some of the more popular varieties include Ruby Spider, a large red lily with a gold center; Buttered Popcorn, another large daylily with a bold yellow color; a fragrant lily called Siloam Double Classic that’s pink with many buds and branches and resembles a peony; and ruffled-edge ones like Pure and Simple or Wedding Band.

But no matter which variety you choose, you can likely enjoy the floral beauty for years to come. “These are the hardiest plants that you will ever put in the ground,” Brown says. 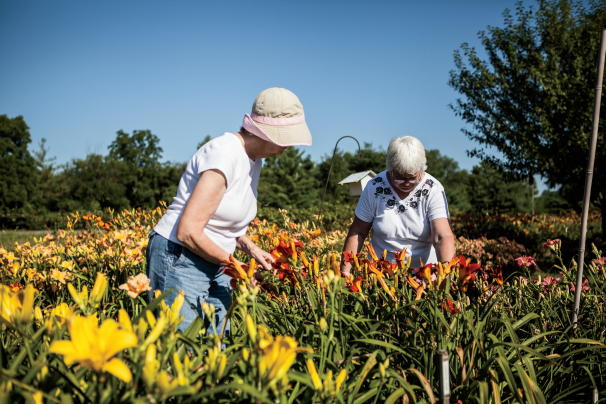 How to Order Daylilies