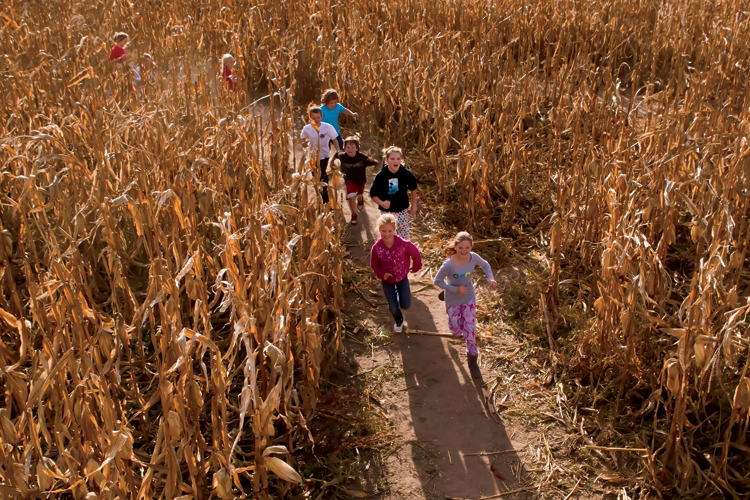 If you’ve ever visited a corn maze, you know the stalks are tall, the paths can be tricky and sometimes you may wonder if you’ll ever find your way out. But did you know these labyrinths are also a lesson in today’s technology-savvy agriculture?

Corn mazes, a prime example of an agritourism enterprise, typically help to supplement family farm income. Most production farms stay busy year round, focusing on growing traditional grains such as corn, soybeans and wheat, and raising some livestock. The intricately designed corn mazes, often combined with pick-your-own produce or on-site markets, serve as a fun activity to draw tourists out of the city limits and onto the farm.

Tracy Roberts, a corn maze designer from Noble County, says the mazes are family-friendly attractions for the public and an opportunity to learn about the agriculture industry.

“Each of my corn mazes focuses on different educational benefits, which change annually,” Roberts says. “I believe that the connection of food to farm is more important than ever, and a corn maze is one way agriculture is trying to bridge that educational gap.” 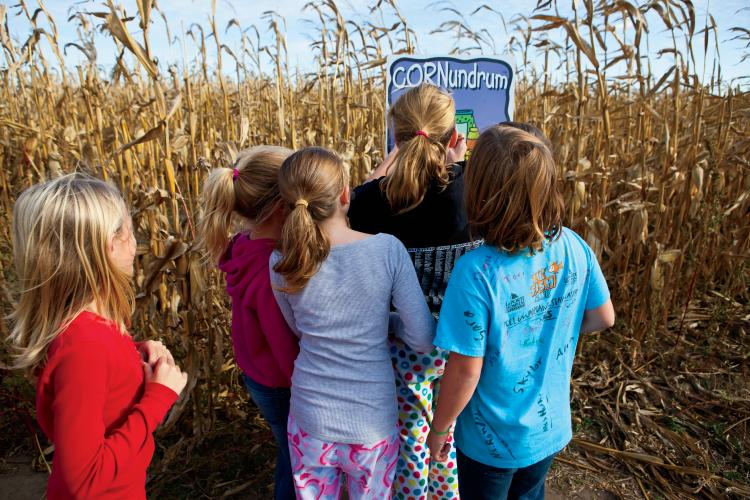 Cliff Guse, a grain, pumpkin and Christmas tree grower in Wanatah, Indiana, has offered a corn maze for six years. “Christmas trees are my bread and butter,” he says, “but I also enjoy my 6-acre corn maze.”

Guse prefers the technique of graphing out the maze. “The traditional design method is easiest for me. It just depends on what you have that is accessible,” Guse says. “The Maize Co. in Utah designs my mazes, some with sports or Christmas themes, and helps with the marketing.” Maize also works with seven other Indiana farms, from Hobart to Kokomo to Brookville.

Traditionally, the first step is creating and sketching out a design on a piece of grid paper. Before planting, the maze is physically measured and marked in the cornfield. The corn is then planted. Once the corn is up several inches to a foot tall, a mower or similar device is driven through the field, cutting off the corn according to the marked design. While the majority of the field’s corn continues to grow normally, mowing may be done several times before the maze’s desired effect is achieved.

High-Tech in the Field

Roberts uses GPS to create mazes for several clients throughout Indiana. She gained her GPS expertise while a student at Purdue University and working for Calmar Consulting Services in Remington, Indiana.

“One day while I was soil sampling in fields, a farmer asked me if I could design a corn maze for him,” Roberts says. “I had the technology and resources available to accomplish the task and, after careful planning, designed my first corn maze.” One of her mazes was ranked in the top five in Indiana last year.

While she still creates a design on a piece of grid paper, GPS technology and software facilitate the design being geo-referenced into an architectural computer-aided design program. The agreed-upon design appears on her computer screen with a dot telling her where she’s located when standing in the field. Driving around the field and following the computer screen designates where the design paths should be.

“It’s kind of like creating a connect-the-dots picture in a corn field,” Roberts says.

She notes that the field is planted north-south and east-west, usually at the end of May or June. “Over the next few months, a lawnmower is used to cut the paths to achieve the final product,” she says.

One of Roberts’ clients, Leininger Farms, located near the Michigan state line in Mishawaka, Indiana, has used a variety of themes over the last four years.

“Our first corn maze was a farm scene with 20 stations to find in the maze with questions regarding agriculture,” says Brenda Beehler, part-owner of the farm with her brother and her parents. “Our other mazes have included a map of the U.S. and a shape of the world. We were amazed at the number of people who wanted to find every station and get all the answers correct.”

This year’s maze depicts the state of Indiana with trails connecting 20 colleges and universities located throughout the state.

Beehler stresses their family wanted to adapt their operation to the growing urban development around them while still farming traditionally.

“We want the public to have a great time with our pumpkins and the maze in the fall,” says Beehler. “We know in order for schools to take field trips now, they must be educational. Our maze questions are designed with the Indiana State Standards in mind. Questions challenge adults as well.” 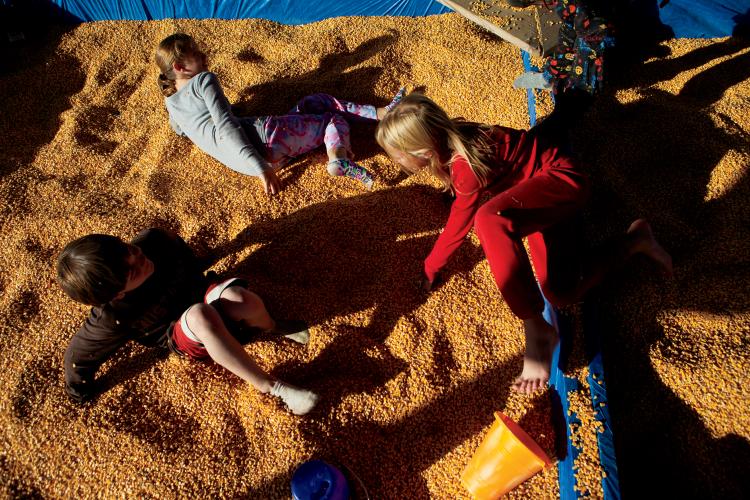 As with many farms that host field trips and tour groups, both the Leininger and Guse operations feature pumpkin patches along with other hands-on activities and games. At Leininger, kids get the chance to see farm animals, while Guse gives goosebumps during a haunted version of its maze held on the last two Saturday nights in October.

Roberts sums up the value of corn mazes and similar agritourism ventures: “These activities are opportunities for farmers to tell their personal stories, speak out about agriculture, and (they) offer a chance for the community to spend some time at a working farm.”

Click here for a listing and map of Indiana corn mazes.