How Cook’s Bison Ranch Is Keeping Bison at the Forefront 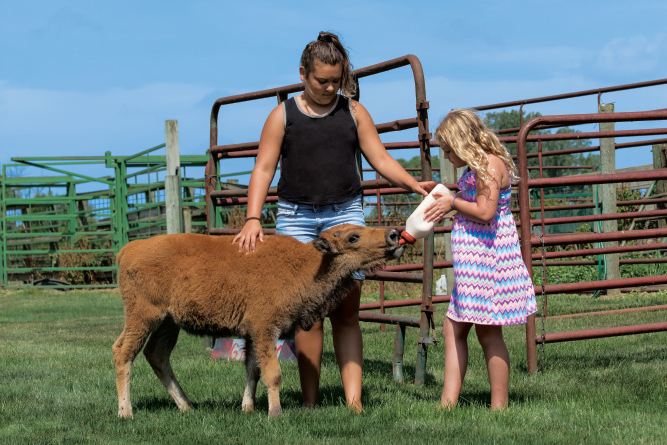 Many visitors to Cook’s Bison Ranch are surprised to learn that bison are not extinct. “It’s a question we hear a lot,” says Erica Cook, who, along with her husband, Peter, runs the farm-to-fork bison operation and agritourism destination in Wolcottville. It’s a place where visitors can get up close and personal with the big, woolly animal.

The extinction question is a logical one, since herds of bison, or American buffalo, no longer roam the country’s grasslands. Commercial hunting brought the animals to the brink of extinction in the 19th century, but a renewed interest in bison production has turned the tide. The Cooks are part of that resurgence.

Their 750-acre operation has grown from the 83 acres of farmland purchased by Peter’s grandfather, Everett Cook, in 1939 and later managed by Peter’s father, Wayne. It was a working farm with the focus on crops, cattle and chickens until 1998. 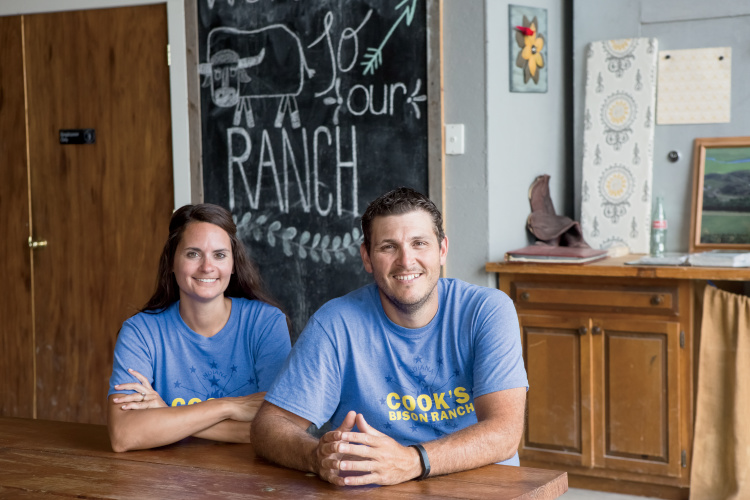 “Peter had always been an outdoorsman and an animal enthusiast,” Erica says. “Trips to Yellowstone National Park piqued his interest in bison and their connection to American history. The year before he graduated from college with his finance degree, the family farm came out of the Conservation Reserve Program, a program administered by the U.S. Department of Agriculture’s Farm Service Agency that gives farmers a yearly rental payment in exchange for taking land out of production for 10 to 15 years. That timing provided a unique opportunity, and Peter’s vision for raising bison became very tangible.”

Peter explains that Cook’s Bison Ranch purchased its first 30 bison from Tennessee in 1998. Today, their ranch, the largest bison operation in the state, “raises 500 head of bison and sells 250 each year for wholesale meat production. It takes about two years for the animals to get to their sale weight of 1,000 to 1,200 pounds,” he says. Then they are sent to local businesses for processing. In addition to raising the bison, the Cooks manage the grazing areas, make their own hay and grow row crops to supply feed for their animals. 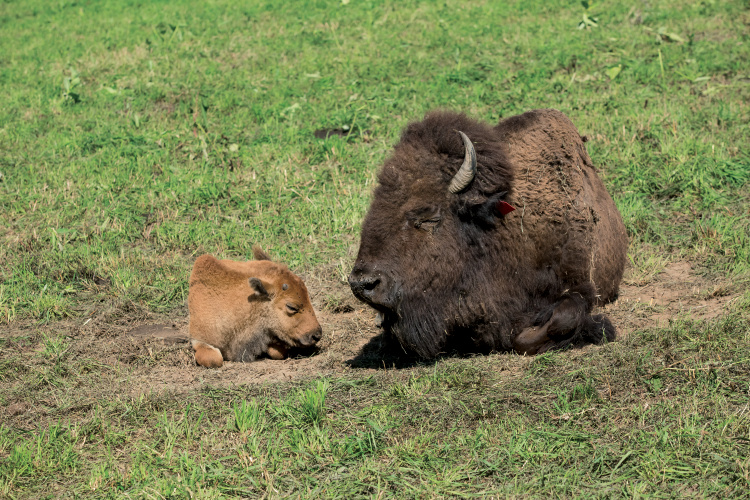 The Cooks also offer visitors a firsthand experience with the animals. “Each year, we welcome nearly 5,000 guests to the ranch,” Erica says. “They get an up-close-and-personal experience, traveling on our covered wagon to see the animals. They also have a chance to hand feed them.”

Visitors include groups of schoolchildren as well as large bus tours and travel groups. The Cooks share details about bison history and how they’re raised. They give a flavor of what it means to raise bison – and a taste, too. 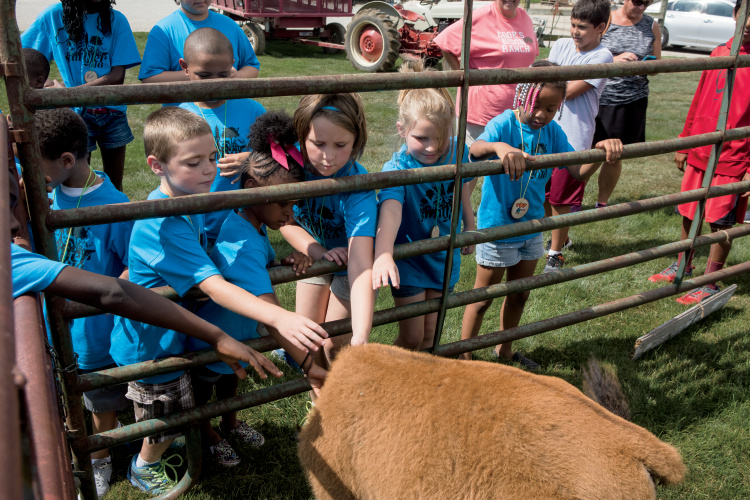 “We offer a meal option for larger groups that visit, either for lunch or dinner,” Erica says, explaining that the roast gets rave reviews. “Bison has a texture that is similar to beef, but it has a sweeter, richer flavor, and if you prepare it correctly it is very tender. Plus, it has half the fat of skinless chicken and is still high in vitamins and minerals. You can use it as a substitute for beef in any recipe.”

The meat is also available for purchase at the ranch. Each year, the Cooks ship nearly 100,000 pounds of bison to distributors across the country. That’s 250 head of bison at nearly 400 pounds per head.

“People who try bison for the first time are often surprised at how good it is,” Peter says. “We’re happy to be able to expose people to the animals on the ranch and to give them their first taste. And that often leaves them wanting more.” 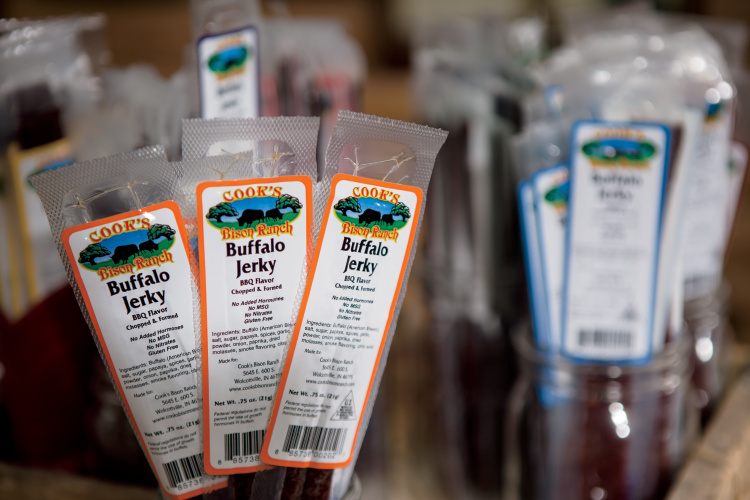 5645 East 600 South, Wolcottville, IN 46795
Tours are available on a first-come, first-served basis from 10 a.m. to 3 p.m. on Tuesdays, Wednesdays and Saturdays from Memorial Day weekend through Labor Day weekend.
Groups of 20 or more should call 866-382-2356 for reservations.
For additional information, visit cooksbisonranch.com.