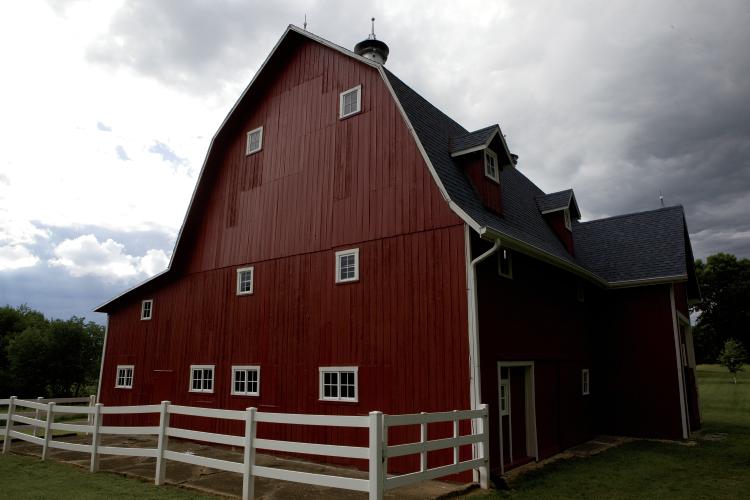 Red barns once dotted the nation’s rural landscape. For generations, they were landmarks that defined an era.

As the number of farmers dwindled – fewer than 2 percent of Americans today make their living as farmers – these icons became victims of age and abandonment. Many were razed. Others stand as ghostly skeletons, wooden bones bleached and rotted by the elements.

While preserving these symbols of cultural heritage, many owners have also opted to restore the structures to their original condition.

In the Hoosier State, the Indiana Landmarks’ Rural Preservation Council and the Indiana Farm Bureau co-sponsor an annual award that recognizes exemplary preservation of a rural/agricultural farm building. 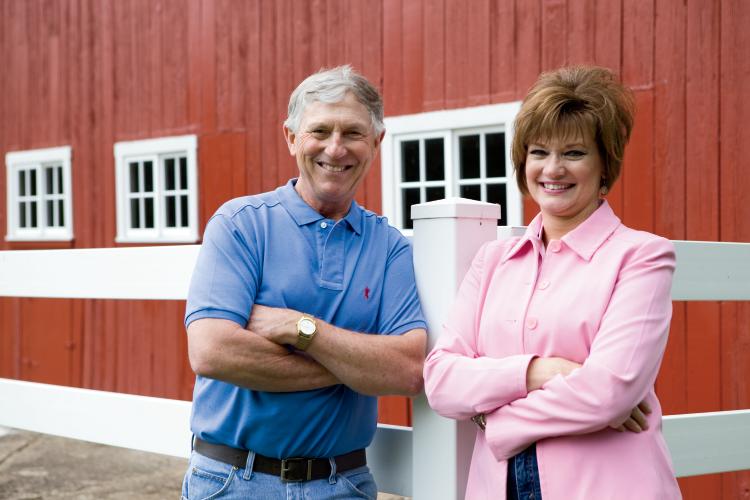 Saving a Piece of History

Fishers resident Robert Myers knows all about preserving old agricultural structures. He partnered with his brother in restoring the original log cabin home, barn and smokehouse on his family farm, located in Cass County near Peru. Myers admits nostalgia played a role, but the motivating factor was historic preservation.

“We’re losing our barns, particularly those with historic value, due to size and shape,” he says, referring to the difficulties farmers experience when they try to fit modern equipment in historic structures. “And how many log cabins does one see any more? Sure, I was raised there, but this wasn’t merely a sentimental journey. I knew what it once looked like and could look like again.”

An early landowner built the cabin in 1840, using timber from the site. Myers’ great-uncle purchased the farm in the late 1880s and in 1912 began construction of the 64- foot by 68-foot barn, a magnificent edifice boasting Dutch doors, six dormers and 37 windows. The barn, not quite large enough to house today’s farm machinery, was built for horses, cattle and hogs.

Myers’ father bought the property in 1920. His brother, Richard, took over ownership in 1981. Richard Myers retains all but a one-acre parcel on which the buildings are located, which are owned by Robert Myers.

The brothers tackled the restoration in December 2003. “Richard wanted to help me, so I hired him as my chief carpenter,” Myers says. “He had tools, equipment and knowledge, and I had none of that.”

Together, they painted, plastered, scraped, waterproofed, roofed, sided and rebuilt. Along the way, they received advice and assistance from knowledgeable craftsmen.

Although the last major project was the May 2006 cabin roof replacement, he says work will never end.

Myers does offer words of wisdom to anyone considering a similar labor of love. “Seek advice from people involved in historic preservation and renovation,” he says. “If unable to do it yourself, hire competent craftsmen.” 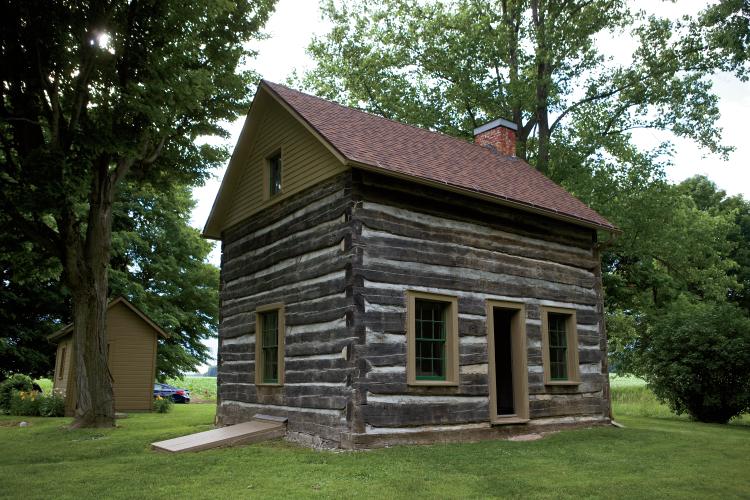 Do you know a similar story of someone who’s worked hard to save a historic agricultural building? Nominate him or her for the John Arnold Award for Rural Preservation.

The annual award, co-sponsored by the Indiana Landmarks’ Rural Preservation Council and Indiana Farm Bureau, recognizes the preservation and continued use of historic (more than 50 years old) farming-related structures.

“We know we can’t save them all, but we want to help those who want to restore and preserve these icons,” says Tommy Kleckner, director of Indiana Landmarks’ Western Regional Office in Terre Haute.
Established in 1992, the award honors Arnold, a Rush County farmer killed in a 1991 farm accident. A nomination form is available each March on the Indiana Landmarks website. The award is presented on Farmer’s Day at the Indiana State Fair in August.

Barn Again! in Indiana also presents helpful workshops each spring and fall. “It’s basically Barn Preservation 101, basic knowledge of preferred practices,” Kleckner says. “Technical assistance is about the only help we can provide.”

Though Myers is ineligible for the Arnold award because his restored buildings aren’t used as a working farm, he has no doubts about whether or not he would do it again.

Contact Tommy Kleckner at (812) 232-4534 or visit www.indianalandmarks.org to nominate someone for the Indiana rural preservation award.